Two theater documentaries  will have their world premieres at the New York Film Festival. Alex Horwitz’s “Hamilton’s America,” is a behind-the-scenes look at the history of Lin Manuel Miranda’s Hamilton. This is the PBS documentary about Hamilton. “Hamilton’s America,” chronicles the making of the smash Broadway musical, starting with creator Lin-Manuel Miranda’s first performance of a Hamilton song at the White House in 2009. The documentary is set to premiere on PBS at 9 p.m. ET on Friday, Oct. 21.Lonny Price chronicles the making of  Stephen Sondheim’s Merrily We Roll Along in “Best Worst Thing That Ever Could Have Happened.” Both Price and Stephen Sondheim will attend the screening with talk back. 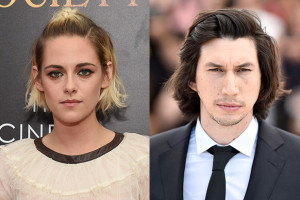 The festival also features Adam Driver and Kristen Stewart. Each actor will sit down with NYFF director Kent Jones for a wide-ranging conversation. Driver stars in Jim Jarmusch’s “Paterson,” which will make its premiere at the festival, and Stewart appears in three NYFF films this year: “Personal Shopper”, And Lee’s “Billy Lynn’s Long Walk Home,” and “Certain Women.”

Stooges frontman Iggy Pop will be at the screening of Jarmusch’s “Gimme Danger.”

The festival’s special events lineup will take place during the run of the 2016 New York Film Festival, slated for Sept. 30-Oct. 16. The fest, presented every year by the Film Society of Lincoln Center, opens Sept. 30 with Ava Duvernay’s documentary “The 13th.”