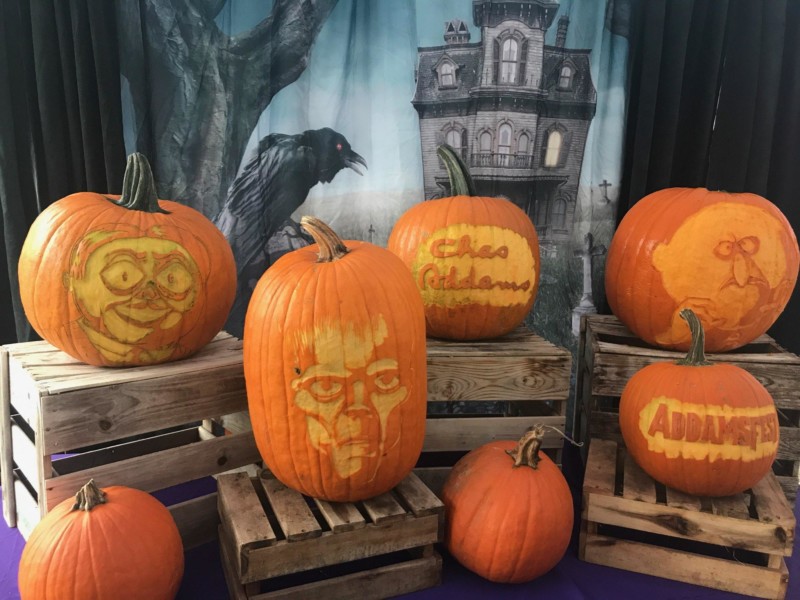 What would Halloween be without creatively carved pumpkins? AddamsFest invites families to join the incomparable Maniac Pumpkin Carvers on Friday, October 16 at 5:00PM via live stream video to learn the tricks of the trade and elevate everyone’s seasonal pumpkin game.

Now making their third appearance at AddamsFest, the Maniac Pumpkin Carvers create stunning and unique custom pumpkin carvings that have been featured on The Tonight Show with Jimmy Fallon and displayed at MoMA and Yankee Stadium! Join them as they unveil a new creation and walk attendees through the basics of their artistry.

Following the live online session, participants can enter their creations in the Maniacs’ Carving Contest between October 17 and 25, by tagging #addamsfest_carving on Instagram for a chance to win prizes and top jack-o-lantern bragging rights.

Lacking the right tools to create such a masterpiece? Families can get Maniac-ready with AddamsFest Pumpkin Carving Kits — available for local pick-up at $25 apiece, and featuring a variety of instruments for all types of creations.

Admission to the Maniacs’ online session is free, with advance registration required. To register or purchase a carving kit, visit addamsfest.com/pumpkincarving.

AddamsFest, now in its third year, is a uniquely exciting celebration held in Westfield, NJ, honoring the Town’s own Charles Addams and his penchant for the macabre with a wide variety of events. Dubbed “Alt AddamsFest” for 2020, the festivities are shaped by creative, pandemic-friendly approaches to gatherings that provide a safe environment while maintaining the initial spirit of the celebration.​ Born in 1912 and raised in Westfield, Charles Addams was one of the country’s premier cartoonists, with his work prominently featured in The New Yorker. His most successful creation, The Addams Family, was inspired by his hometown surroundings. The characters that began as illustrations grew into a television series, a live action movie franchise, a Broadway musical, and an animated film released in 2019. On October 18, he will be posthumously inducted into the New Jersey Hall of Fame.

In addition to the Maniacs’ Carving Chat & Contest, AddamsFest is hosting a variety of events, including Dudley’s Drive-In, The Tamaques Haunted Trail, Mystical Mindowaskin, The Haunt Your House Contest, and the Wicked Windows of Westfield. Further details about this year’s altogether ooky events can be found on the AddamsFest website (www.addamsfest.com) and social media channels (@addamsfest on Facebook and Instagram). All events are subject to change in accordance with public health guidelines. For more information on sponsorship and volunteer opportunities, please email info@addamsfest.com.