Adiós as Glen Campbell Passes On

Adiós as Glen Campbell Passes On 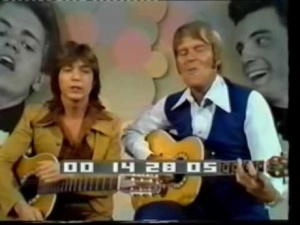 Today it seems as if my past is coming full circle. I wanted to meet David Cassidy and I found out he was playing on the Glen Campbell show. I begged my dad to get me on the show, which he did. It was a wonderful experiance, so it is with great sadness that we announce the passing of Glen Campbell. Campbell who at 81 had been publicly struggling with Alzheimer’s died at his home in Nashville. His family released a statement, saying: “It is with the heaviest of hearts that we announce the passing of our beloved husband, father, grandfather, and legendary singer and guitarist, Glen Travis Campbell, at the age of 81, following his long and courageous battle with Alzheimer’s disease.” 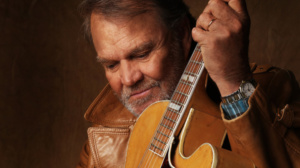 During the 60’s and 70’s Campbell sold more than 45 million records, had 12 gold albums and 75 chart hits. In 1964 Brian Wilson of The Beach Boys had a nervous breakdown and asked Campbell to replace him on tour. His first hit topping the charts was “By The Time I Get To Phoenix” in 1967. His career went from strength to strength with hits like “Gentle on My Mind,” “Still Within The Sound Of My Voice“, “Galveston,” “Southern Nights,”” Rhinestone Cowboy“, “Country Boy (You Got Your Feet in L.A.)”, and “Southern Nights.” His TV Show the Glen Campbell Goodtime Hour on CBS ran from 1969 to 1972 with over 50 million viewers.

He co-starred with John Wayne in the 1969 movie True Grit and made a cameo appearance in the 1980 Clint Eastwood movie Any Which Way You Can, for which he recorded the title song. In 1991, he provided the voice of the Elvis Presley sound-alike rooster Chanticleer in the Don Bluth film Rock-a-Doodle.

In 2005, Campbell was inducted into the Country Music Hall of Fame. In March 2010, a then-farewell album titled Ghost on the Canvas was announced which served as a companion to Meet Glen Campbell (2008). In  2011 he was diagnosed with Alzheimers and Campbell embarked on a final “Goodbye Tour,” with three of his children joining him in his backup band. His final show was on November 30, 2012, in Napa, California. Campbell entered the studio in his home town Nashville to record what would be his final album, Adiós, which wouldn’t be revealed until five years later. According to his wife, Kim Campbell, he wanted to preserve “what magic was left”, in what would be his final recordings. In January 2013, Campbell recorded his final song, “I’m Not Gonna Miss You.” On January 15, 2015 Campbell and fellow songwriter Julian Raymond were nominated for Best Original Song at the 87th Academy Awards. On August 30, 2016, during the 10th Annual ACM Honors, Keith Urban, Blake Shelton and others performed a medley of Glen Campbell’s songs in tribute to him. His wife Kim Campbell accepted the Career Achievement Award on his behalf. Adiós, was released on June 9, 2017. 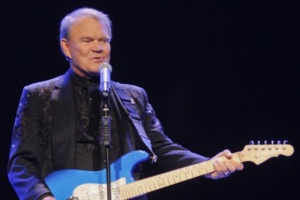 Campbell is survived by his wife of 35 years Kim, daughters Ashley, Debbie and Kelli and sons Cal, Dylan, Kane, Shannon and Travis.