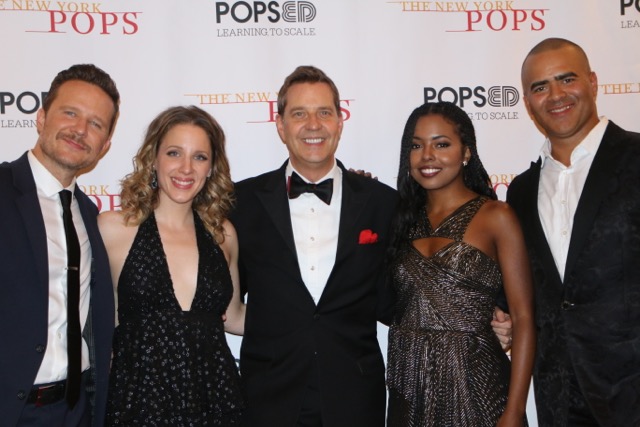 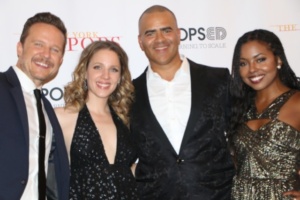 You’ve Got a Friend: A Celebration of Singers and Songwriters was a winning night for the New York Pops The program features Tony Award winner Jessie Mueller alongside Tony Award nominees Will Chase, Christopher Jackson and Adrienne Warren at the famed Carnegie Hall.

The Beatles medley of “I Want To Hold Your Hand,” All My Loving,” I Saw Her Standing There” and “She Loves You” from Lennon & McCartney’s “Ed Sullivan Welcomes The Beatles,” started the fantastic evening off with a rousing evening of song. The  New York Pops never 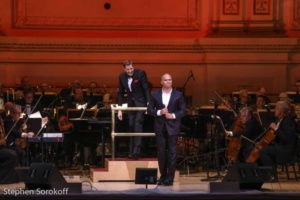 Al Green, Willie Mitchell and Al Jackson Jr.’s “Let’s Stay Together” was smooth when Hamilton‘s Christopher Jackson took to the stage. Al Kooper’s “I Love You More Than You’ll Ever Know” was smoking as Jackson proved he was a R&B force to be reckoned with. 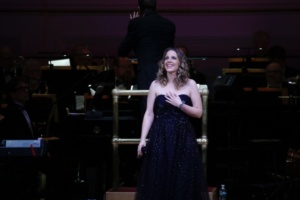 Barefooted Jesse Mueller brought Dolly Parton’s “Jolene” back to life with that wonderful vibrato. One of my favorite moments of the night was the Tim Bernes arrangement of Elton John/Bernie Taupin’s “Goodbye Yellow Brick Road.” Never having been a fan of this song this arrangement skillfully sung by Ms. Mueller was haunting. 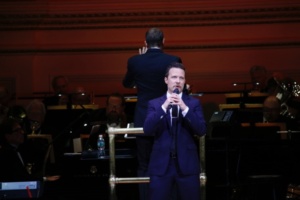 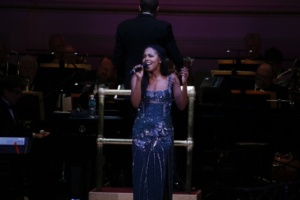 The show stopper was Adrienne Warren who reminded me of a young Whitney Houston on Alice Keys “If I Ain’t Got You” and James Taylor’s “Fire and Rain.” This girl’s got pipes. 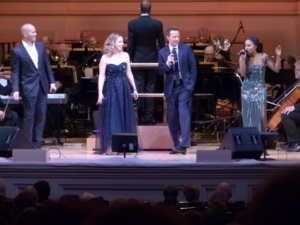 The Pops again opened the 2nd Act with James Brown’s “Papa’s Feeling Good” showing off their strength in playing any style to perfection. 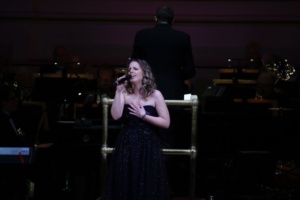 Mueller was back recreating Carole King’s “Beautiful” and Joni Mitchell’s “Both Sides Now.” 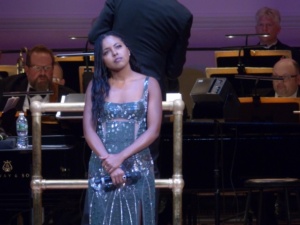 Again Warren knocked it out of the park with Adele’s hit “Hello” and Aretha Franklin and Teddy White’s “Think.” 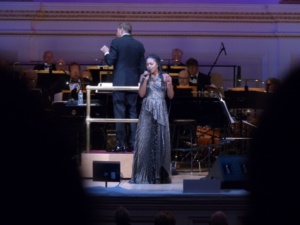 Will Chase brought back the John’s. First with John Fogerty’s “Fortunate Son” and then John Lennon’s “Imagine.” 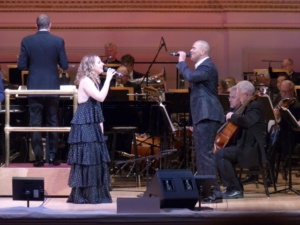 Jackson had the audience swooning with Bob Dylan’s “The Times They Are a-Changin” and Sam Cooke’s “A Change Is Gonna Come.” 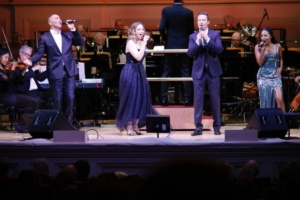 The New York Pops let us know Friday night that “Ain’t No Mountain High Enough” nor music too challenging enough for the Pops to keep from delivering.

G. H. HARDINGJune 29, 2022
Read More
Scroll for more
Tap
My View: The Spin Stops Here! Lynda Carter Is A Great Entertainer
He Says: The Little Foxes A Fox and a Bird, Reversing