Adrienne Haan in One World 2022 at the Triad 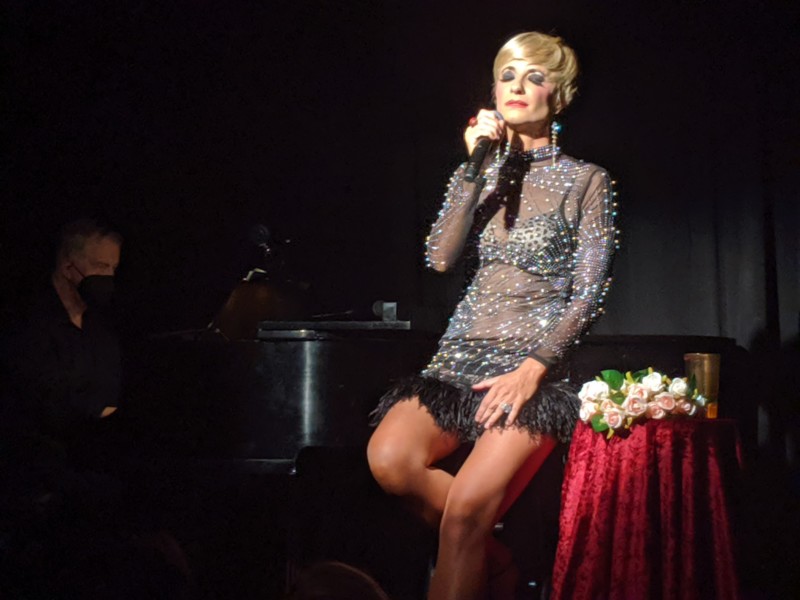 Adrienne Haan in One World 2022 at the Triad

I have seen Adrienne Haan three times since April of this year. I had never heard of her before. The first time I was amazed at the size of the band that accompanied her on the stage at the Triad – six pieces, including a TUBA. The second show had a smaller band but along with her singing partner, Magali Dahan, was a myriad of costume changes. Walking into the Triad this time on July 19th to see her new show One World 2022, I noticed only a piano and drum set on stage. Throughout the performance she only wore one sparkling black lace dress, so what made this show standout from the rest? How about songs sung in thirteen different languages; hence, One World 2022. Ms. Haan always surprises us and each of her shows has its distinct highlights and WOW! moments. 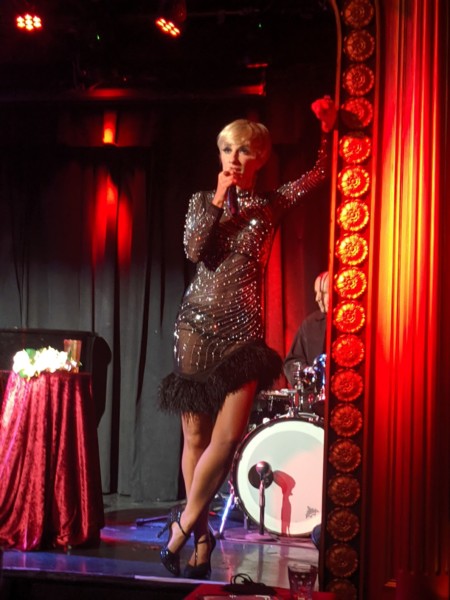 I for one can not sing; I am also from New York; and, accordingly, Ive been told I have an accent. My attempts to learn a foreign language have been laughable “Polly voo Frances?”; so to listen to Ms. Haan flawlessly sing in all these distinct languages is a wonder. From the guttural sounds of German to the lilting French and nasal sounds of Mandarin she hits every note with strength and emotion. She even explains to us where in her body those sounds come from – diaphragm, throat, nose. 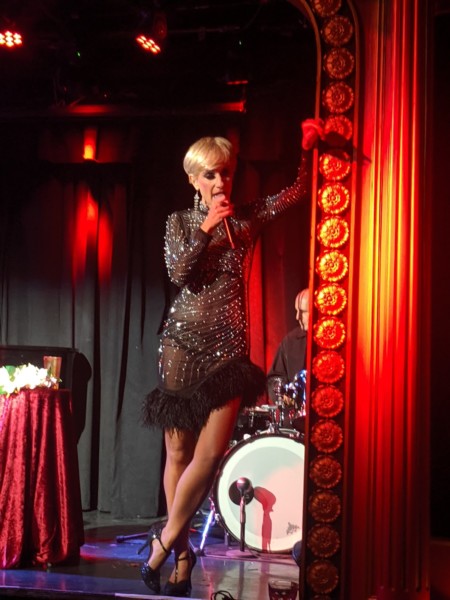 Opening up with Take It All from the musical Nine we embark on  on a trip around the world starting with New York and the song Only in New York from Thoroughly Modern Millie. First stop is France with a heartfelt La Vie En Rose; and then switching in a second to a hand clapping audience rousing version of Milord also in French. Here she walks into the audience through the aisles making everyone feel special be they male or female. 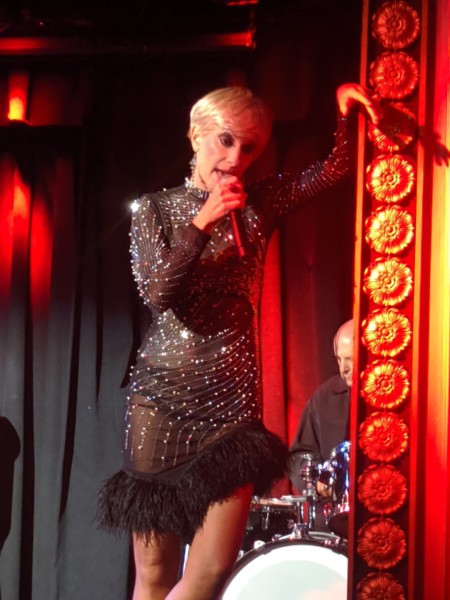 Communicating to the audience

Germany is a country that likes American musicals and Mary Poppins is one of them so you can imagine what a challenge the tongue twisting Supercalifragilisticexpialodious would be if sung in German. Well she does it supercal…ly.  From German Ms. Hann morphs her singing into Yiddish, which we find out is a derivation of German and then we travel to Israel with a Hebrew song. This Hebrew song is by Moti Hamer called One Human Tissue which works well with the theme of the evening – we are all human – all of one race – one same tissue. 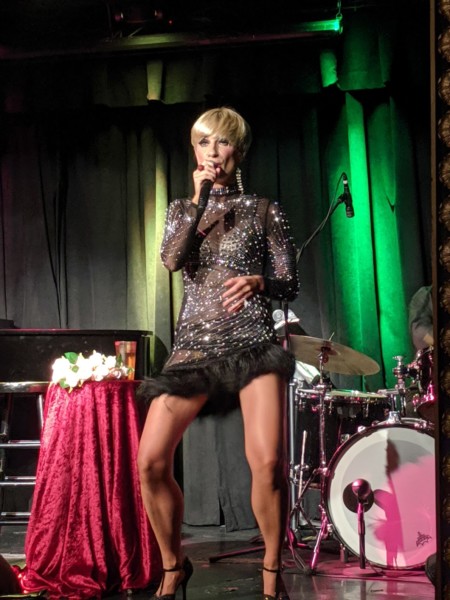 An evening of songs where only four of the sixteen are in English – the native tongue of most of the audience – can be a very risky endeavor; will the people become bored when they don’t understand the words (they did have to add subtitles to the opera these days to make the audience more comfortable); but, thanks to her everchanging voice with long notes and energetic dance moves the audience’s attention never waivers. She wisely intersperses familiar songs that the audience knows like Besame Mucho in Spanish and Con Te Partirò in Italian with songs that the audience may not know in Swedish, Turkish and her native tongue Luxembourgish. 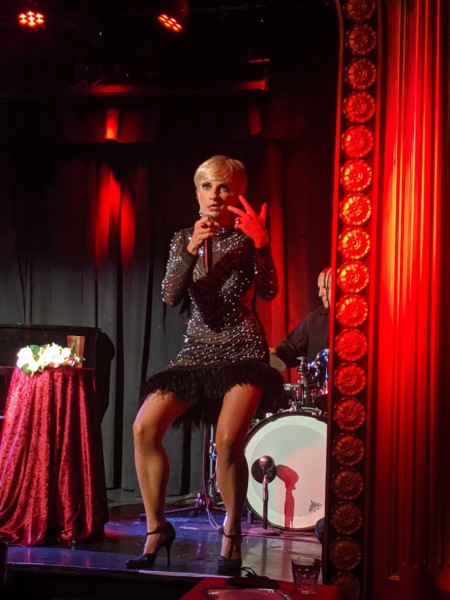 Her Facial expressions are wonderful

Ms Haan has done this concert before but this time she added some new languages most notably Ukranian: Oyu vuschne wom sadu (Oh, in a cherry garden) which is a lovely song about a young couple in a garden – a song that depicts a peaceful country which it was before it became today‘s war torn nation. 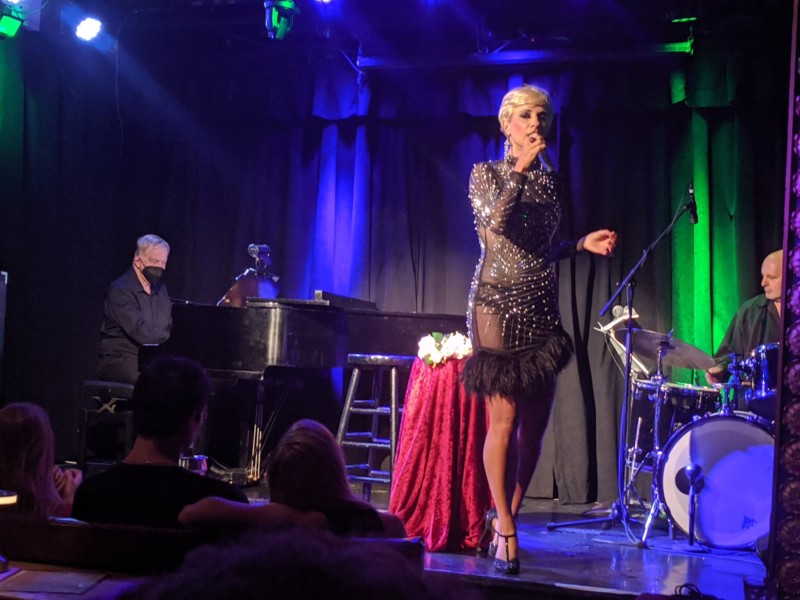 Ms Hann has had an interesting career performing in all the inhabited continents of the world and this evening takes us to all points of the globe; from the previously mentioned Sweden to South Africa (singing in their most commonly spoken language – Zulu); from Argentina (OK she sings a song from Evita; but it still counts) to China, (she convinces a young woman from Shanghai in the audience to sing in Mandarin with her) and all points in between. 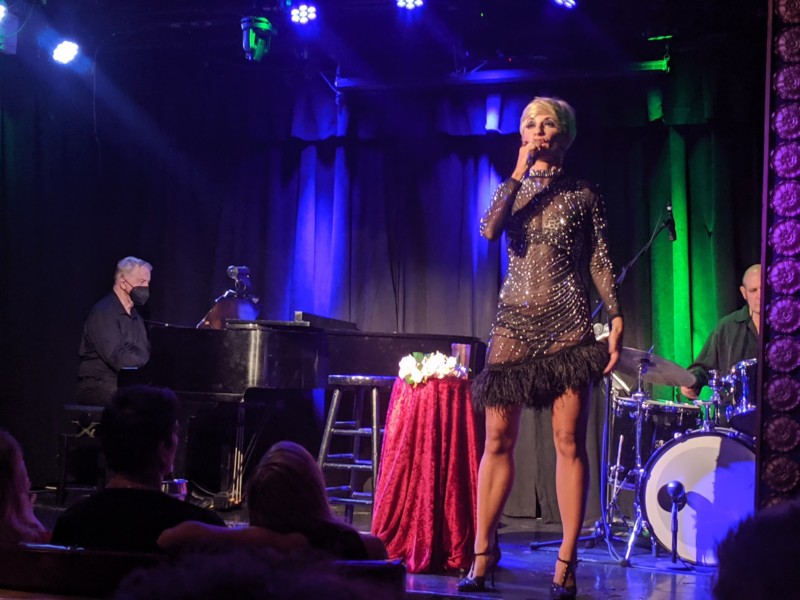 Richard Danley continues to join Adrienne on stage as her musical director behind the piano with Mike Campenni on drums and for their Turkish tune the saz accompanies them via audio tape as Adrienne sings Yiğidim Aslanım by Zülfü Livaneli which she performed for the European Delegation in Ankara on Europe Day 2019.

Ms Haan is the consummate entertainer and performer. Two piece band or full orchestra; one outfit or multiple wardrobe changes, in any language, Adrienne is the main attraction and I look forward to seeing her return to New York in December.