Adrienne Warren Is 1000 Watts of Electricity in Tina: The Tina Turner Musical 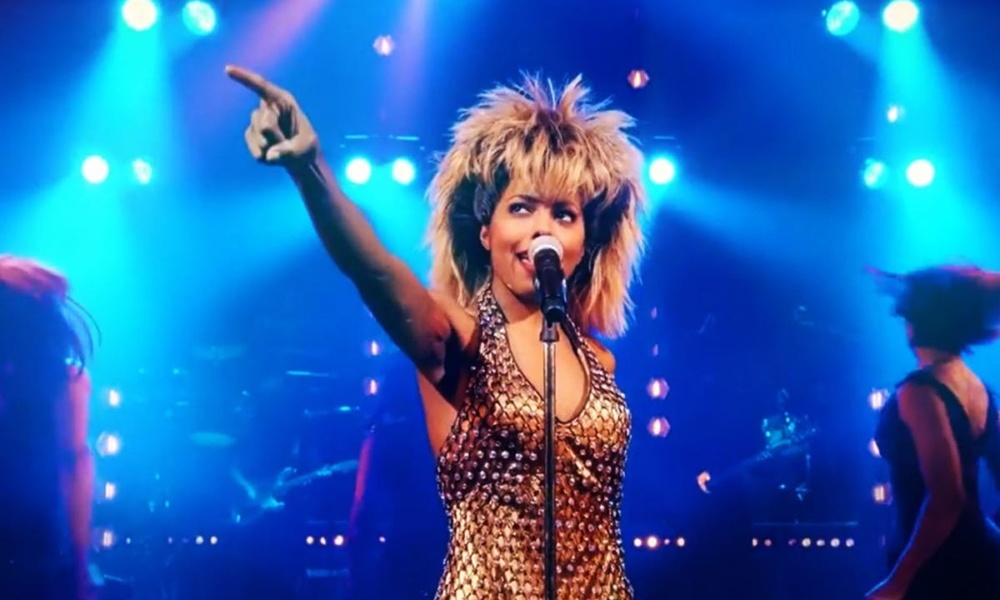 Adrienne Warren Is 1000 Watts of Electricity in Tina: The Tina Turner Musical

Adrienne Warren is giving the performance of a lifetime in Tina: The Tina Turner Musical. Her vocals are out of this world and her dancing makes Cassie take a step back in A Chorus Line. How she does this show and then the outrageously energetic concert after is beyond me, as she exudes so much energy making it look effortless.

Tina is a jukebox bio musical that satisfies in terms of the music you want to hear when Tina Turner’s name is involved. You will not be disappointed by the 23 songs. “River Deep, Mountain High,” “Proud Mary,” “Let’s Stay Together,” “What’s Love Got to Do with It”, plus so many more that will send shivers up your spine and have you bopping along. Do not expect the audience member in front of you to sit still.

The script by Katori Hall’s with Frank Ketelaar and Kees Prins, keeps Ms. Turner’s life in chronological order. We first meet Anna Mae (before Ike named her Tina) in Tennessee with “Nutbush City Limits”. Her mother and father abandon her to be raised by a grandmother (Myra Lucretia Taylor), who loves her and sends her to fly with “Don’t Turn Around.” She meets Ike (Daniel J. Watts, so good you will hate him) in a bar her first night in St. Louis, back with her cold and unfeeling mother (Dawn Lewis, so cruel you again will hate her) and sister (Jessica Rush). “Rocket 88” and “She Made My Blood Run Cold” and “Better Be Good to Me” tell us where things are going.

When producer Phil Spector (Steven Booth) she gets the courage to move on. Being broke, raising two kids, being stalked by Ike and Las Vegas clubs define her 30’s. In her 40s, she was industry poison, but rose back to the top like a phenoix.

Warren is a star. She shows us layers of Tina that will break your heart and inspire. However like the real Tina, she does not wallow in her pain or the hell she is going through, she tosses her lioness mane, shakes her booty, struts her stuff and gives us the performance a that thrills.

Giving a star performance on the rise is 10 year-old Skye Dakota Turner, who belts them out with the rest of them. This is a girl to watch.

I found the director by Phyllida Lloyd, rather odd with her past following her on stage like ghosts. At times it was so distracting it took away from the simplicity of a scene.

The choreography by Anthony Van Laast is high energy and reminds you of Tina’s original works.

Mark Thompson’s sets and costumes fit the era but the arrangements and musical genius is created by Nicholas Skilbeck.

Tina: The Tina Turner Musical proves We Don’t Need Another Hero”, because Tina shows us anyone can get through abandonment, violence, narcissism, poverty and rise above it all.