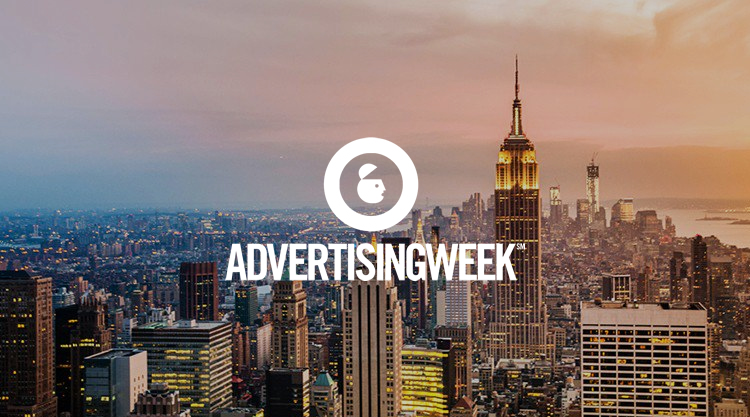 Highlights of the day included:

Academy Award-winning actor Emma Stone joined Dr. Harold Koplewic from the Child Mind Institute took to discuss her experiences with anxiety that started at an early age. In a panel that felt more like an intimate therapy session for all to see and hear, Stone discussed the importance of being more open and honest with her anxiety. Using cognitive behavioral therapy techniques, she described how anxiety “is part of me but isn’t me.” Dr. Koplewic, who specializes in mental health issues with children, echoed that sentiment by saying how important it is to “make sure that a child knows they aren’t their anxiety disorder. If you feed it, it grows. If you starve it, it’ll go away.” Stone said it’s important to trust your instincts and guts. “Knowing what I wanted to do, which was to be an actor, helped me because it was the thing I loved the most.”

Facebook’s VP of Global Marketing Solutions Carolyn Everson took the Advertising Week New York stage on Monday to directly address the recent and “very sophisticated” hack of more than 50 million accounts. In a conversation with Wall Street Journal’s Media and Marketing Reporter, Lara O’Reilly, panelists highlighted the importance of transparency, accountability and action. Everson spoke about the “crisis of trust” many consumers and stakeholders face with Facebook. Topics ranged from the security breach on 9/28 and the recent departures of Instagram’s co-founders, to tensions between WhatsApp/Facebook and Facebook’s preparations for November’s midterm elections. Everson also discussed how the company has changed between now and the Cambridge Analytica data scandal.

Steve Madden took the stage at Advertising Week New York with a baseball hat and his candor to talk “Wolf of Wall Street,” his disapproval of Trump’s trade stance and how he has been snubbed by the CFDA even though Anna Wintour’s daughter loves Steve Madden shoes. In a panel session about brand-building and maintaining creativity as an entrepreneur, Madden discussed a myriad of social issues while professing his love for Barack Obama and Popeye’s fried chicken. He noted sustainable fashion isn’t a priority for him and the brand, while also touchIng upon topics like unfair incarceration for inner-city teens and African-Americans. Madden added that “he didn’t have the same problem” and “walked right out” with the additional note that “prison isn’t glamorous.” On cultivating an office environment in modern day, Madden said “times are not like Mad Men” with today and the #MeToo movement, but that healthy tension between men and women can make for positive creativity. Regarding his position in the fashion industry, Madden said “We have been known to knick a style from Balenciaga and Gucci, because I believe in shoes for the people.” He said his design creation is analogous to a big stew: “When I make shoes, I stir the pot, get inspired, throw Gucci in the pot, stir it up and call it Steve Madden.” Regarding his fame, Madden said “The Wolf of Wall Street” was “pretty accurate” and that his fame is more akin to that of a book author. He said the movie encouraged him to tell his side of the story. Steve Madden said he is a “household name like Johnny Carson” since everybody’s got Steve Madden shoes in their closet. “I like when people wear my shoes, I get a big kick out of that!”