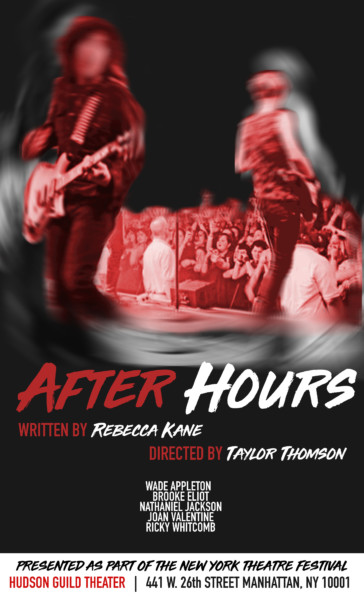 After Hours The Sexual Assault of a Fan

After Hours The Sexual Assault of a Fan 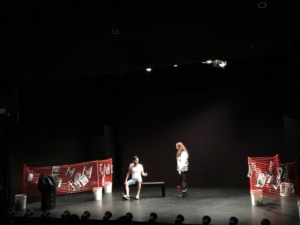 Rebecca Kanes’s new one act After Hours at NY WinterFest is highly topical especially with the #MeToo movement. We follow as fifteen year old Veronica (Joan Valentine) stumbles out of rock concert, blurry, disorientated, in disarray and obviously abused. She runs into the lead singer of After Hours, Baron (Nathaniel Jackson) who helps her find her car. Enter Gabe (Ricky Whitcomb), a band member from the other band on the bill, who has the hot’s for Baron. Baron is upset because he thinks Jesse (Wade Appleton) has raped the underage Veronica. He asks Zoe (Brooke Eliot) one of After Hours singers, in a roundabout way, if she thinks Jesse could have done this horrible act. She thinks he is being theatrical. He confronts Jesse but things go array. Baron then goes and finds Veronica’s u-tube videos and we see the portrait of a young fan who is so excited to meet her idols. Baron becomes obsessed with the videos. It seems one night Baron also took advantage of a young girl. By the end you do not know if Veronica is the girl Baron took advantage of or Jesse. 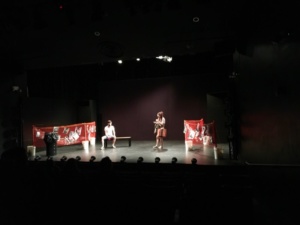 The actors all do a really good job portraying a rock culture that has always had a dark side. 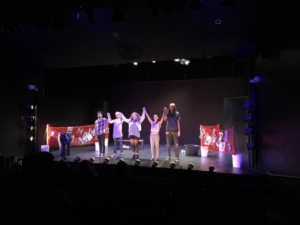 Director Taylor Thomson keeps this piece moving and dream like.

Rebecca Kanes’s script is powerful and intriguing. Very nice use of projections, with the Veronica videos, as we are shown, a young girls lose of innocents.

I look forward to seeing more from this writer.

Suzanna BowlingSeptember 11, 2022
Read More
Scroll for more
Tap
Hear Lin-Manuel Miranda’s Song From Working as Album From West End Production is About to be Released
Chad Kimball and the Cast of 54 Below Sings Memphis Rocks