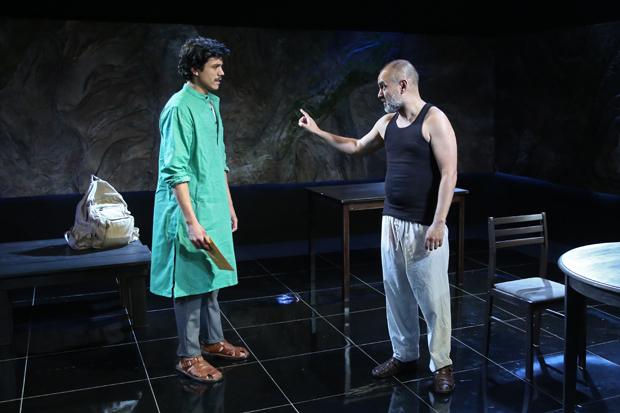 Against The Hillside Brings To Light Drone Attacks

Against The Hillside Brings To Light Drone Attacks

I have to admit I did’t know a whole lot about the drone strikes in Pakistan and that the majority of victims are innocent citizens. The fact that we feel the right to invade other countries, boggles my mind. The drone strikes on the Afghanistan/Pakistan boarder are still in effect, despite the damage both physically and mentally this is causing. Sylvia Khoury’s Against the Hillside at the Ensemble Studio Theatre takes on this subject, through different eyes. The scenes are well acted and each scene is insightful, but as a whole the piece seems disjointed and clunky. 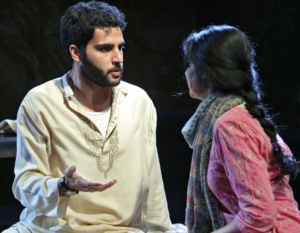 The drama follows two different families and the affect drone strikes have on both. Sayid (Babak Tafti) and Reem (Mahira Kakkar) react differently as men and women do. Reem can feel the American’s eyes on her and doesn’t want to raise or bring any other children into this situation. Her husband is in denial of just how far this reality is pushing his wife to respond. 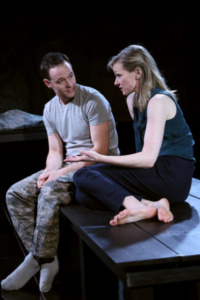 In the meantime Matt (Jack Mikesell) a drone pilot stationed outside of Las Vegas has become invested in Sayid and Reem. If we wondered if Reem was paranoid, this confirms that what she feels is real. Matt a pilot is having trouble adapting to drone warfare, it had begun to affect his relationship with his pregnant wife, Erin (Caroline Hewitt), who wants him to get psychological help. Reem to Matt, feels more real than his real life. 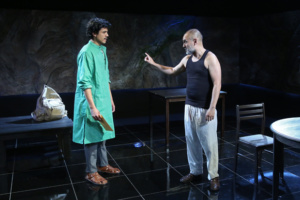 As we switch back and forth between the two families we see Reem leaving her village of Waziristan after a strike with Sayid’s cousin Ahmed (Mohit Gautam) to the city of Karachi.  Ahmed returns to Waziristan to bring his father (Rajesh Bose)  to safety, but he has taken Sayid under his wing. In the meantime Sayid has closed his profitable shop and has become a teacher, ignoring the fact that his wife left so their son could have a better life. 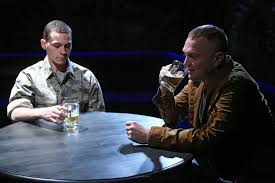 In the meantime, Matt tries to speak about his concerns with his commanding officer and friend Jared (John Wernke), but is told to keep it to himself. He is given enthusiastic newcomer Anthony (Avery Whitted) to train, but when Matt goes off the deep end, it is Anthony who picks up Matt’s angst and turns to Erin for solace.

In the final scene Reem and Sayid’s son Abdul (Rajesh Bose) is in a hospital in London because as a child the drone strikes affected his hearing and now he is fighting to keep from going deaf.

The acting is really wonderful with Rajesh Bose, giving two layered insightful performances. Mahira Kakkar in what she has been given, lets us see her heart and soul. Babak Tafti shows us the failure of men to see what is in front of them, before it is too late.

William Carden’s direction, does it’s best to piece together this stop and start script, but he failed in letting me know where this was taking place. It wasn’t until the final scene that I actually knew this due to the accents. It was only Ms. Kakkar and Mr. Bose who were authentic, that let me know. Even Sydney Maresca’s costumes, failed. Jason Simms’s stone panels and shines floor look more like a museum than the desert and Barbara Samuels’s lighting and Shane Rettig’s music again do not help in telling us where we are.

Khoury fails to bring us into this world and a lot of her plot points get lost in translation. We never feel as if we understand why these characters do what they do. They all seem Americanized. There are also moments that seem contrived, such as Reem running away with Ahmed and Ahmed coming back. Also what exactly happened to Matt? I honestly could not figure that out.

I found myself wanting to know more on this subject, but I never felt that Against the Hillside achieved it’s full potential.