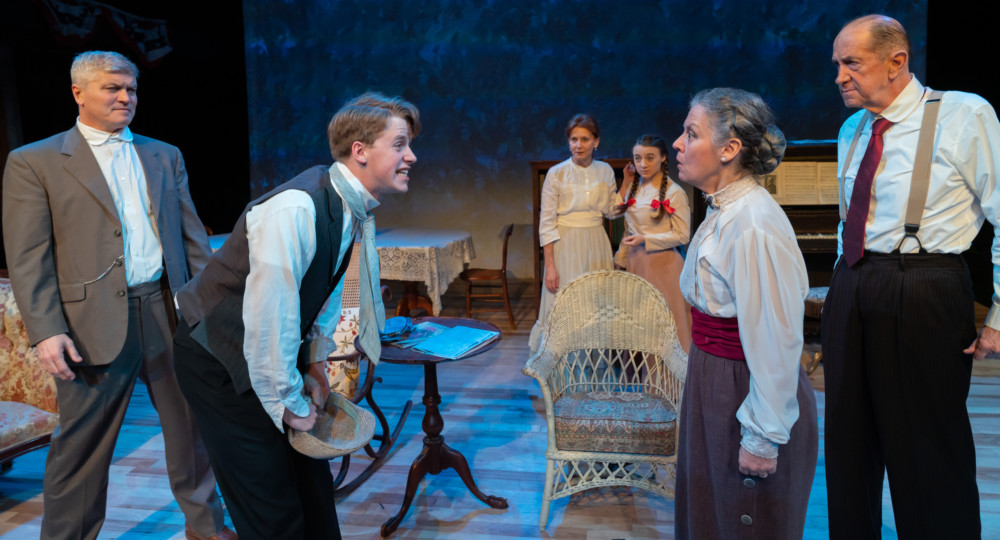 Ah, Wilderness! Makes Us Weep For a Time Gone By

Ah, Wilderness! Makes Us Weep For a Time Gone By

When we think of works by Eugene O’Neill, we think of the heartbreaking tales of Long Days Journey Into Night, Anna Christie and The Iceman Cometh. Ah, Wilderness!, O’Neill’s coming-of-age play, presented by Blackfriars Repertory Theatre and The Storm Theatre at The Sheen Center is sadly so outdated, because very few people remember the world, when it was that innocent.

Richard’s older brother Arthur (Sean Cleary), sings well as he is accompanied by his younger sister Millie (an adorable) Heather Olsen) on piano.

Peter Dobbins direction is slow paced and he does not bring out the best in his cast which is inconsistent, with women faring better than the men. As the lead Mr. Atkinson has the looks, but not the acting chops, pitching his voice too high.

The costumes by Sarah Thea Craig were extremely well done, as was the Victorian set by Daniel Prosky.

This is a period piece where the time seems long gone and innocents a thing of the past. Ah, Wilderness! made me weep for that realization.

Suzanna BowlingJanuary 22, 2023
Read More
Scroll for more
Tap
True West: Where Everybody Seems in a Different Play
The Glen A Homosexual Coming of Age