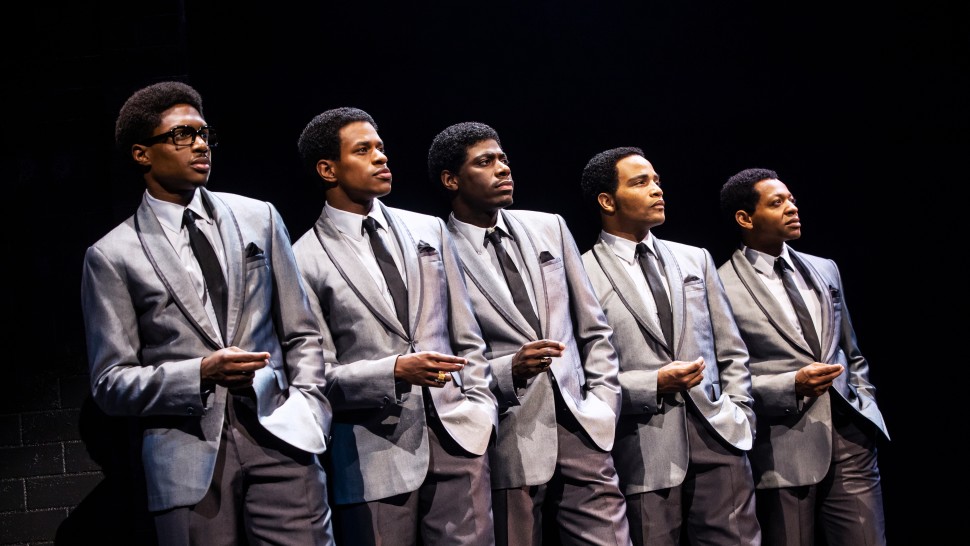 Producers Ira Pittelman and Tom Hulce announced today that beginning on first preview, tomorrow, Thursday, February 28, Ain’t Too Proud – The Life and Times of The Temptations will launch a $42 digital lottery and a $29 in-person student rush ticket policy.

The Ain’t Too Proud digital lottery is powered by Shubert Ticketing through the Telecharge Digital Lottery platform, which provides theatergoers wide access to affordable tickets through multiple social media networks. Available performances will be posted on www.AintTooProudLottery.com as early as 12:00 AM Eastern Time the day of the performance. Matinee lotteries close at 9:00 AM, and evening lotteries close at 2:00 PM. Winners can purchase their tickets at www.AintTooProudLottery.com and will pick up their tickets at the Imperial Theatre box office (249 West 45th Street) with their credit card.

Student rush tickets to Ain’t Too Proud will be sold in person at the Imperial Theatre box office on the day of the performances beginning when the box office opens (Monday – Saturday at 10:00 AM; Sunday at 12:00 PM). There will be a limit of two tickets per customer, with a valid student I.D. Seat locations will be at the discretion of the box office, and are based on availability.

Ain’t Too Proud is the electrifying new musical that follows The Temptations’ extraordinary journey from the streets of Detroit to the Rock and Roll Hall of Fame.

Set to the beat of the group’s treasured hits, including “My Girl,” “Just My Imagination,” “Get Ready” and “Papa Was a Rollin’ Stone,” the unforgettable untold story of this legendary quintet now comes to life on the Broadway stage.

Suzanna BowlingSeptember 19, 2022
Read More
Scroll for more
Tap
The Silencer Shows What it Takes To Stand Out
Boesman and Lena Two Hours With a Couple Not Seen