Ain’t Too Proud… To Beg for Tickets To This Smash Broadway Hit! 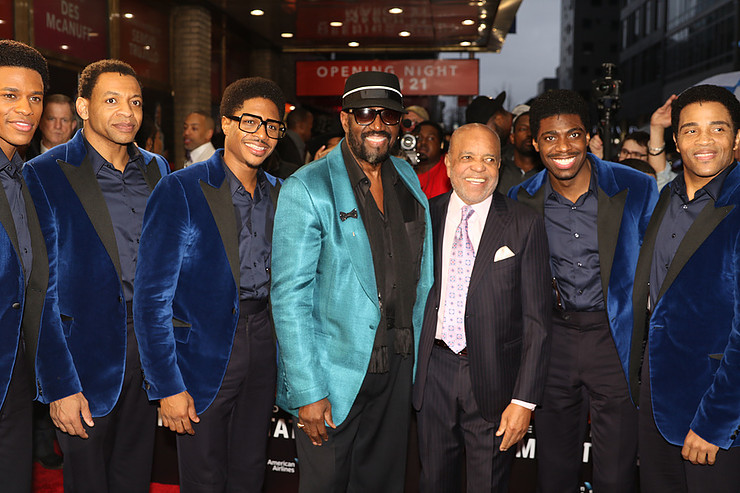 Ain’t Too Proud… To Beg for Tickets To This Smash Broadway Hit!

The cast of Ain’t Too Proud arrive for the Opening Night and pose for a photo with Otis Williams , one of the founders of and sole remaining original member of The Temptations and Motown founder Barry Gordy

The new Musical Ain’t Too Proud The Life and Times of The Temptations opened this evening to a sold out star studded crowd at The Imperial Theater.

The play features the hit music of the bands 4 decades long catalog which included 4 Billboard number one singles and 14 R&B number one singles. In addition the band earned three Grammy’s and 6 founding / key members of the group were inducted into the Rock and Roll Hall of Fame in Cleveland OH.

As the title suggests the play is about so much more than the music as it explores the journey, as narrated by the sole surviving original member, Otis Williams, portrayed by Derik Baskin, from his arrival in Detroit at the early age of 16 through the bands heyday including various incarnations and the lives of the members and their struggles first to achieve fame and then to deal with the success.

The play is masterfully written and directed as is evidenced by the manner in which it slowly draws the audience into the epic journey, allowing them to feel a part of the group as they experience the highs and lows of a musical dynasty. In one scene the band is shown traveling by tour bus between shows and I felt as though I was actually riding the bus along with them. This show takes you there. The dancing seemed somehow updated and dare I say improved upon? It didn’t quite look like the shows I watched on American Bandstand as a child but they had a more modern and emotional relevant tone. Choreographer Sergio Trujillo did an excellent job updating the moves to match the emotions. The music was recreated in that full wall of sound style of the Motown era. My suggestion here – Get on the Bus!!! Don’t miss this fabulous show.

Book: Dominique Morisseau, based on the book The Temptations by Otis Williams

Music and Lyrics: From The Legendary Motown Catalog

For more go to www.brianbehindthelens.com