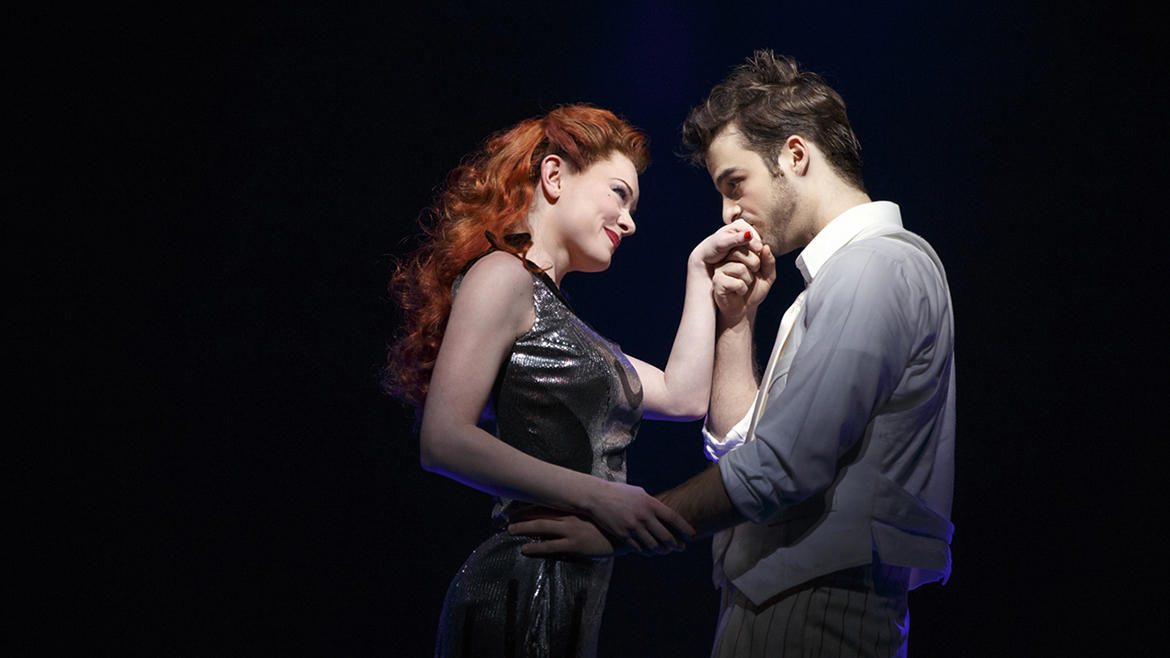 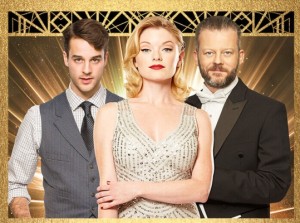 Paramour is one of those musicals by show business practitioners who specialize in other disciplines, but slap together something that kind of looks like a musical to them. But in this case the practitioners are allied with Cirque du Soliel, and what they’re intending to deliver is a hybrid, part Cirque spectacle featuring fantastic feats (feats do your duty), part book musical with a libretto, lyrics and music written to tell a story.

In this case, it’s a story of old Hollywood, or maybe not that old, maybe just oldschool, when the studio star system still reigned, and centers on what will become a love triangle with career consequences, with the three points occupied by power broker director AJ (Jeremy Kushnier), the lounge singer with star wattage he discovers and puts on the celerity map, Indigo (Ruby Lewis); and her pining boyfriend—she doesn’t realize she’s actually in love with him right away, kinda thing—Joey (Ryan Vona), who writes the songs that make the whole world…listen to Indigo sing ‘em. 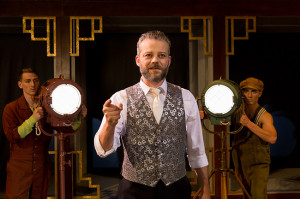 There’s just enough historical ambiguity to make timelines vague, and that vagueness bleeds into the narrative itself; there’s not much connection between the Cirque stunts and the story, and not that much sense to the story either (no one is credited for book, though West Hyler is credited for “story”). Aside from being a musical by people who are writing what they think a proper musical is, they’re writing about moviemaking from the perspective of fan magazines and old Hollywood movies about moviemaking. And so much for verisimilitude.

What the show does have is too much pace and energy to leave you thinking about how goofy it is for too long, three lead performers who can carry the nonsense, a score that’s mostly sonic wallpaper, but attractive enough sonic wallpaper—the songs aren’t so much book songs as special-material slot-fillers, in treatment more like what you’d have found in a network variety show of the 60s and 70s (indeed, there’s a small staff of writers, Guy Debuc and Marc Lessard [better known as Bob and Bill so the program tells us, doesn’t that just spell musical theatre] and Andreas Carlsson)—and of course, being a Cirque show, it looks great, and the stunts, though mostly absurd in context, are impressive enough.

Paramour is a painless way to spend a few hours, its absurdity wears you down after a while, like an irrepressible puppy, but it’s not close to being the fabulous conflation of live theatre worlds that Cirque wants it to be and touts it as being. For that, they’d have to loosen their grip on the brand and bring in some real musical theatre people to work with them. You don’t hire a lawyer to do bypass surgery; and you don’t hire a landscaper to do electric wiring. If you want to combine the disciplines, hire folks who are experts in the thing that you yourself don’t do.

I mean, really, how hard is that to figure out?