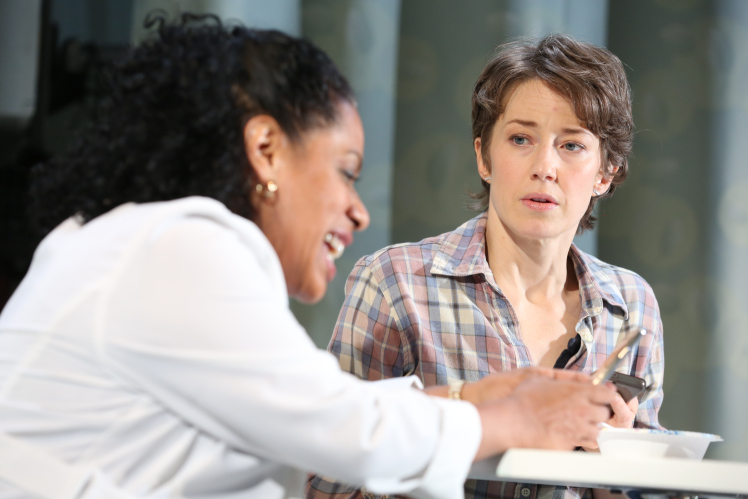 Aisle Say on the Square: Getting Through the Pain

Aisle Say on the Square: Getting Through the Pain 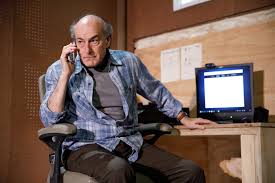 The Treasurer, by Max Posner, at Playwrights Horizons, is a provocative, worthwhile study of a middle-aged man with two brothers (offstage except for their voices) who becomes the designated primary guardian of his mother’s affairs. At first, this involves simply, or not so simply, keeping track of her finances. But as she becomes alarmingly reckless with money, it becomes clearer that she is slipping into dementia. The more stringent the restrictions the son has to impose, the more abstracted his mother becomes, the more he realizes that he has lost any profound feeling for her, as if the mourning process happened with the death of her aware, functional personality, such that waiting for her actual demise is something of a sentence for him, wherein her death could only be received as a long-coming reward for services rendered.

As directed by the redoubtable David Cromer, and possibly as indicated by the script (it’s hard to tell just from the production), the proceedings move at a steady, slow, contemplative pace, with a lot of air for silent tension, and sometimes just for tacitly communicating the visceral sensation of time in suspension.
Deanna Dunagan plays the mother with just the right balance of grace, dignity, dottiness and insufferableness to make the familial dynamic both sadly and humorously understandable. And far from being a monster, the son—as portrayed by Peter Friedman in one of his best performances ever—occupies a slot that many people with aging parents will regard as a touchpoint for I’m-not-alone self-recognition; and that those in the audience who are younger may find an unsettling (if theatrically rewarding) look at life’s less shiny coming attractions. All other roles are played ably (with an occasional touch of gender-swapping in cameos) by Pun Bandhu and Marinda Anderson.
********* 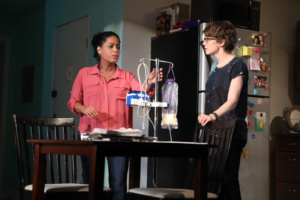 Also worthwhile, exploring related themes from much the other side of the spectrum, is Mary Jane by Amy Herzog at the New York Theatre Workshop, which is an episodic portrait of the title character: a young, single, working mother (Carrie Coon) with the activity at the center of her life being the care of a chronically sick (always offstage) child—and while never losing her devotion or affection, becoming increasingly overwhelmed by it, as we see in the progress of her interactions with a helpful friend, a hired aide and hospital personnel, among others (played variously by Liza Colón-Zayas, Danaya Esperanza, Susan Pourfar and Brenda Wehle). Under the unobtrusive, naturalistic direction of Anne Kauffman, Mary Jane is a subtle, stage vérité portrait without answers; only empathy. Which is, here, appropriate and sufficient. 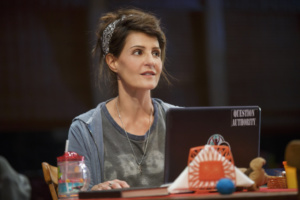 Finally, at the Public theater, there’s the return engagement of Tiny Beautiful Things. It’s a play to the extent that there is a subtextual thread upon which is hung the dramatic order of elements. But really, it’s the kind of the evening I think of as a themed, spoken word revue. (Another would be Spoon River Anthology.)

Adapted for the stage by its current star, Nia Vardalos, it’s based on the book of the same title by Cheryl Strayed, which is drawn from an online advice column Strayed wrote anonymously behind the title Dear Sugar, in which she dealt with her readers’ deepest and most intimate questions, issues and problems with the compassion and insight of a master therapist and the literary grace of a superior wordweaver—endowed with a kind of motherlove for the pained, imperfect people she sees as brave enough to reach out, and deserving of equal honesty in turn.
Tiny Beautiful Things thus presents select exchanges, starting with the editor who solicits Strayed’s participation, then leading directly to the exchanges between her and her readers, who promptly tweak to the fact that this Sugar is an entirely different force than the previous Sugar, and one who delivers answers that are as unprecedentedly revealing about herself as they are wise about the correspondents (all played by Teddy Cañez, Hubert Point-du Jour and Natalie Woodlams-Torres) to whom they are directed.
Given a surprisingly elaborate apartment setting (Rachel Hauck)—strictly speaking, unnecessary for the content, but itself seeming to represent not just the home environment from which Strayed wrote her column, but the symbolism of a universal safe place for her followers—Tiny Beautiful Things is presented, under the direction of Thomas Kail, in the manner of a sensitive tone poem; by turns serious, funny, heartbreaking, often quite touching, and somehow almost always uplifting… exactly, of course, as it ought to be. And the cast is splendidly in tune with each other and the material, Ms. Vardalos being the radiant, healing soul at the center.
I suppose if one were nitpicking, one might cautiously suggest that the play, if we’re to call it a play, is a bit long: having no ostensible story, just a gently developing arc of discovery and revelation, it occasionally and unintentionally repeats emotional work it has already done, with variations that don’t quite cover new ground—which consequently makes the sustaining of dramatic tension a bit more of a test then perhaps it ought to be, here and there. But given the rewards of the evening, that seems an almost negligible caveat.
Especially since, these days, any dramatic work that celebrates what is best about the human condition, and that demonstrates so eloquently that hope is possible even in the darkest times, should be forgiven its likewise human trespasses and simply welcomed with open arms and hearts.
Return to the Aisle Say home page
Go to the Aisle Say New York City & Environs Index
Related ItemsAmy HerzogCarrie CoonDavid CromerDavid SpencerMary JaneMax PosnerNewnew york theatre workshopNia VardalosPeter FriedmanPlaywrights HorizonsThe TreasurerThomas KailTiny Beautiful Things
Off Broadway