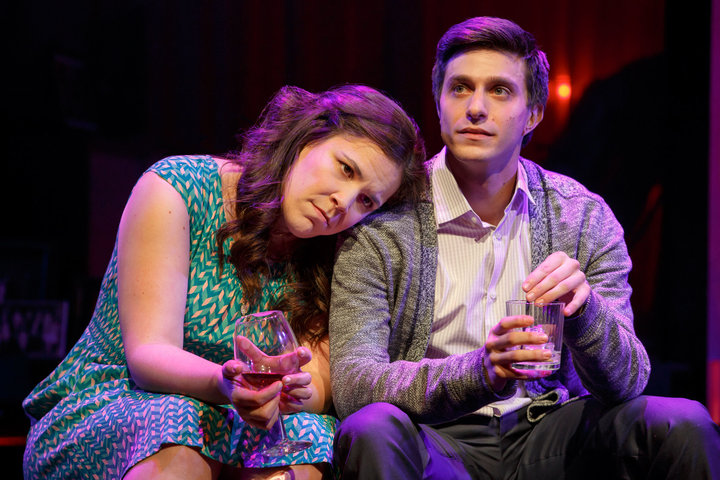 Aisle Say On The Square: Insignificant Other?

Aisle Say On The Square: Insignificant Other? 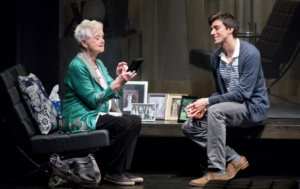 Significant Other has been remounted on Broadway. What are the producers thinking? No, all right, maybe I know, maybe they want to give this little comedy, a critical hit in its limited run off-Broadway, two years ago, some Broadway cred to kickstart the stock-and-amateur licensing. Not a bad idea, may indeed be worth the investment. Eminently licensable. But to think of it as a potential mainstream runner, and at today’s Broadway prices…? 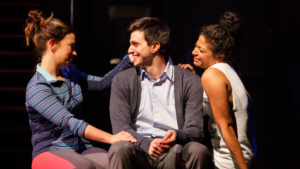 Let me start again. Taking the play on its own terms, I’m not sure I’m the best critical filter to review Joshua Harmon’s Significant Other because I’m just too many generations past its youthful focus to find it that fresh or that interesting, and again, maaaaayyyybe that keeps me from being entirely fair to it. 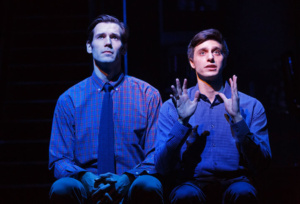 The play centers around Jordan (Gideon Glick) a young, single, gay man who seems perfectly nice in every regard, but is nonetheless unable to find romantic love and companionship; so he takes solace in his girlfriend contemporaries (Lindsay Mendez, Sas Goldberg and Rebecca Naomi Jones) and holds in his heartbreak as, one by one, they get married off. His homosexuality is never an issue for his sympathetic grandmother (Barbara Barrie), who believes him to be a lovely boy who will eventually find his mate, and offers what life advice he can; but Jordan finds the comfort in that belief less and less encouraging. And in fact, he is a lovely boy, no dark secrets keeping love at bay, save the luck of the draw and perhaps his own innate feelings of social clumsiness, so he spends the play mostly as a cipher (although one with a clear desire, upon which hangs enough specificity for an actor to feed on and create a central personality), and the play itself episodically marks time until the inevitable moment when Jordan, unable to sustain the social nicety of pretending that as each friend gets married, their relationships will basically stay the same, finally goes off about it, in a manner both horrible and forgivably human.
I think this is the kind of play that certain gifted young playwrights (and Harmon is unequivocally gifted) need to write; exploring the world they know and the people they know from the perspective they know. But there’s a callowness at the core—that’s not bad, it just is what it is—because the perspective is limited to that, and to me—and this observation may be only about me—it feels like a play revealing truths that are only deep if you’re still of that generation and trying to dope things out. (Ironically, a key moment of the play has the friend he goes off on, pointing out that there are moments in life that, despite his disappointments, are not about him. Same malady, different context.) I’m more interested in the young playwright who can transcend his generation and tell me a few things I don’t know and haven’t seen. (I still boggle that Herb Gardner wrote A Thousand Clowns when his was 24.)
Anyway: well directed (Trip Cullman) and well-acted. And don’t let me dissuade you from the ride. Just don’t kid yourself about what’s under the hood.
Return to the Aisle Say home page
Go to the Aisle Say New York City & Environs Index
Related ItemsBarbara BarrieBroadwayDavid SpencerGideon GlickhomosexualityJoshua HarmonLindsay MendezNewRebecca Naomi JonesSas GoldbergSignificant Other
Broadway