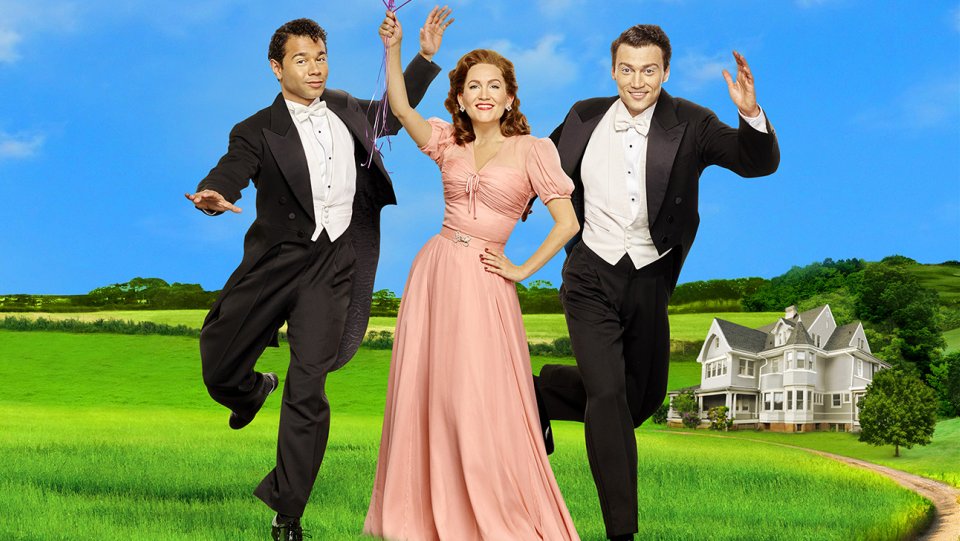 Aisle Say On The Square: Musical Revivals Part One

Aisle Say On The Square: Musical Revivals Part One 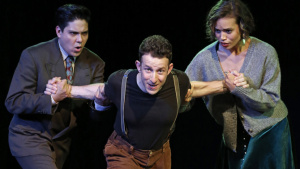 I remember liking the late Jonathan Larson’s Tick, Tick…Boom! very much when it originally opened off-Broadway. The material (1990) actually predated Rent, and was originally conceived as a long, autobiographical performance piece for him to perform solo, about the frustrations and occasional rewards of being an aspiring musical dramatist in New York City. After Larson’s untimely and ridiculously ironic death before Rent’s first preview, the material was repurposed as an actual book musical for a cast of three (adaptation of the libretto by David Auburn): one actor to play Jon, plus two more to play his girlfriend who wants to get married; his best friend, a former actor who gave it up for corporate perks; and various others. It was awfully well done in 2001 and moderately successful (for my money even a better show than Rent); and the Keen Company revival, currently playing and extended through most of December, is done just as well, under the direction of Jonathan Silverstein, with a cast that includes Nick Blaemire as Jon, plus George Salazar and Ciara Renée.

Curiously, though, I liked it less. As a piece of material, that is. I’m further away from the youthful arrogance that allows you, as an aspiring artist, to disdain the civilian world and view the artistic muse as an implicitly makes-you-superior calling, and I somehow found it grating and a little whiny. Actually a lot whiny. And I think it taints the enterprise just a bit, as does the big power-ballad from Larson’s never-produced musical Superbia—the authentic, real-life work-in-progress at the center of Jon’s career—because the book problems providing the context we are never shown were sufficient to make the song itself dramatically stagnant on its own terms. So while it’s a showcase for the actress, of sorts, it doesn’t actually do the job it’s supposed to: Show us how gifted our struggling artist hero really is.

Happily, the other songs do that (also implicitly), and though mileage may vary in terms of how the material itself strikes you, it’s rather like Rent in that the insistence of it makes you pay attention. And that seems to be enough. 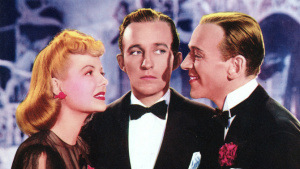 I wish insistence were enough to give Holiday Inn, the Roundabout Theatre’s stage iteration of the Irving Berlin film musical, similar dynamism, but the production at Studio 54 suffers from the maladies that usually characterize such transpositions. The characters in film musicals of the pre-1960 era were artifacts of Princess musical thinking; they may have been involved in show business, or been among the royals of society, or been just simple folk from down on the farm, but in essence, they weren’t especially larger than life; the were stock light comedy types playing out trivial (I highly enjoyable) romantic comedies. You hired (or indeed wrote he roles for) big-screen musical stars to fill them out—in the case of Holiday Inn, Fred Astaire and Bing Crosby—and they were all about charm, production values and the score. Which could be very effective on film, with the magic of the camera and the intimacy of the close-up.

But such structures, if they don’t exactly fly in the face of theatrical musical theatre, certainly enter it handicapped. Stage musicals tend to be created around larger-than-life characters because their bigness complements the heightened reality of the form; that’s why hit shows survive for years after the stars have left; the characters themselves are star enough continue the heavy lifting. And there’s no camera angle to make things more interesting or more intimate; just, always, the same full proscenium perspective. The staging has to do all the heavy lifting.

Now you can compensate, or try to, with equivalent stars and a brilliantly witty rewrite. Most of the time, though, the lead roles are assayed by highly talented utility players (by which I mean you can count on them for a certain level of clean, brisk efficiency), who may have proved themselves in other circumstances playing layered characters—but who aren’t themselves innately “big” enough to elevate a part that’s a generic trope (here we have Bryce Pinkham and Danny Rutigliano in for Crosby and Astaire)…and the writing is likewise only as efficient as it needs to be to convey the narrative in stage terms. Acting tends to be energetically oldschool, choreography tends to be snazzy, set is attractive, technical stuff is clean-clean-clean…it’s all well-packaged and it has everything but a palpable soul, a real beating heart.

And that’s kind of the Holiday Inn experience on Broadway. The songs are lovely and well-sung, the company is talented and amiable, the story—well, I was going to say zips along, but actually it doesn’t; it meanders a little, but at least it does so quickly—and nobody can say that director Gordon Greenberg doesn’t run a tight ship. The question is, with so many more memorable cruises out there, is this the one on which you want to book passage?

Suzanna BowlingFebruary 2, 2021
Read More
Scroll for more
Tap
Don’t You Say a F**king Word
No One Is Alone In Women of a Certain Age