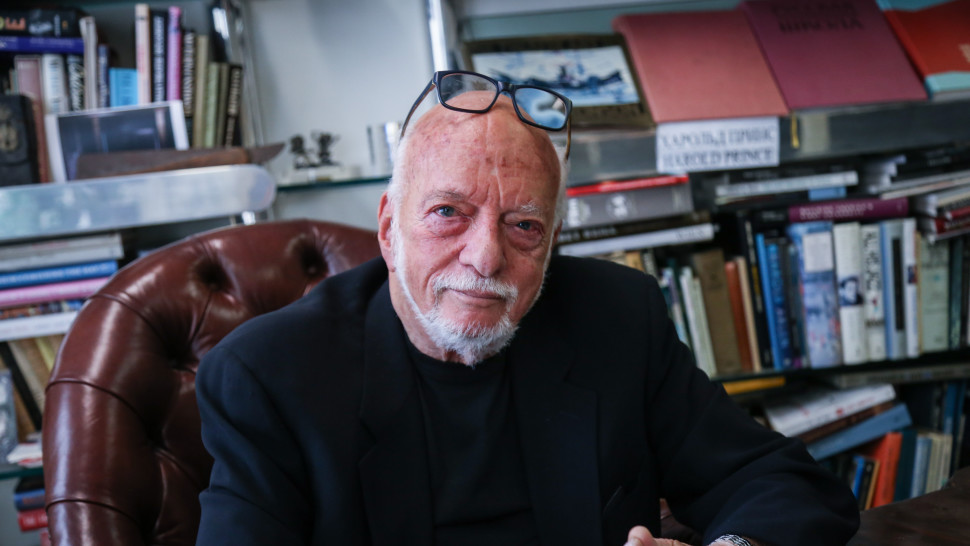 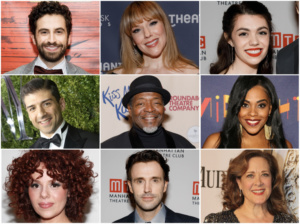 After several years of press releases, rumors and anticipation, the last thing you expect  from a retrospective anthology featuring key moments in the work of an iconic Director of Broadway musicals, is that the overall impression is one of being charming. Yet that’s exactly what Prince of Broadway is.

In part, of course, this has to do with the current financial climate, and the difficulty involved in getting anything on its feet. But also, it reflects the desire of the creative team, conscious or tacit, and probably conscious, to carve out the territory and an identity for the show that is quite different from its predecessor anthology, Jerome Robbins Broadway. Rather than present a huge cast and ensemble to replicate great moments of yore, exactly or almost exactly as they debuted,  this overview of Hal Prince’s work features only nine, count ‘em, nine,  of Broadway’s  current A+ players,  delivering fresh spins on the old material, in something very akin to a black box setting (with isolated, particularized wagons moving on and off), absolutely suggesting each original staging but never in slavish imitation.  It should be noted that the earlier selections of the evening, which progresses chronologically, reference several of the shows for which Prince was only producer and not director, but that’s appropriate to the career.

Guiding us through the evening, are the words (or anyway the philosophies) Mr. Prince himself—as articulated in the “book”  by David Thompson—given personality by each of the actors trading off his persona.  Our visual cue for this is a very simple one: when an actor is portraying Prince, s/he sports a pair of glasses nesting atop the head, in the director-producer’s signature style.
A review can’t really do justice to the experience of watching  familiar veterans and new favorites tackle roles for which they are mostly right, but that their careers have thus far somehow missed. I could particularize, say, the grandeur of Chuck Cooper’s Sweeney Todd singing “My Friends”, the knock-out delivery of Janet Dacal belting out “Kiss of The Spider Woman”,  the sweet-funny  pathos of Brandon Uranowitz and Bryonhia Marie Parham in he said/she said solos from She Loves Me, and other such a memorable set pieces from those worthies as well as Emily Skinner, Kaylee Ann Voorhees, Michael Xavier, Tony Yazbeck and  Karen Ziemba—but no such summary record  can truly capture the joy of discovery, so I think I shall leave that to you.
Suffice it to say that Harold Prince,  his co-director and choreographer  Susan Stroman,  and all around guardian of the musical  flame, Jason Robert Brown,  have—under the aegis of the Manhattan Theatre Club—fashioned a show that is not only a delightful and well-deserved celebration, but one that can transplant easily and be prolifically licensed to other venues:  everybody in the cast gets to be special in this one. Smart. Very smart.
*******
Also smart—and relevant to this review—is Harold Prince’s  newly released autobiography Sense of Occasion (Applause Books, hardcover $29.99, 358pp).  unlike many second autobiographies, this is neither a continuation of where the first left off, nor a reboot, as if the first never really existed. Instead, the first 26 of its short chapters are the original chapters of Contradictions, each followed by of reflection, 43 years later, on the original content; with the rest of the book,  another not quite 100 pages, consisting of all new material. It’s a great way to both reissue a rarity and put it in perspective at the same time.
What has not changed is Mr. Prince’s writing style.  He’s not very chatty, eschewing (or perhaps just not thinking to include) dishy anecdotes;  not the kind of anecdotes I think of as dishy anyway. He stays matter-of-factly to the point what it took to get a show on, creatively and as a producer. It’s a spare, clean, pragmatic narrative; but given who the narrator is, there’s no dearth of insider perspective. And in some wise, it may even be looked upon as a handbook for the profession.  Thus, of course, it belongs in any even moderately maintained theatergoer’s library.
Return to the Aisle Say home page
Go to the Aisle Say New York City & Environs Index
Related ItemsDavid SpencerEmily SkinnerHal PrinceHarold PrinceKaren ZiembaMichael XavierNewPrince of BroadwaySense of OccasionTony Yazbeck
Book Reviews