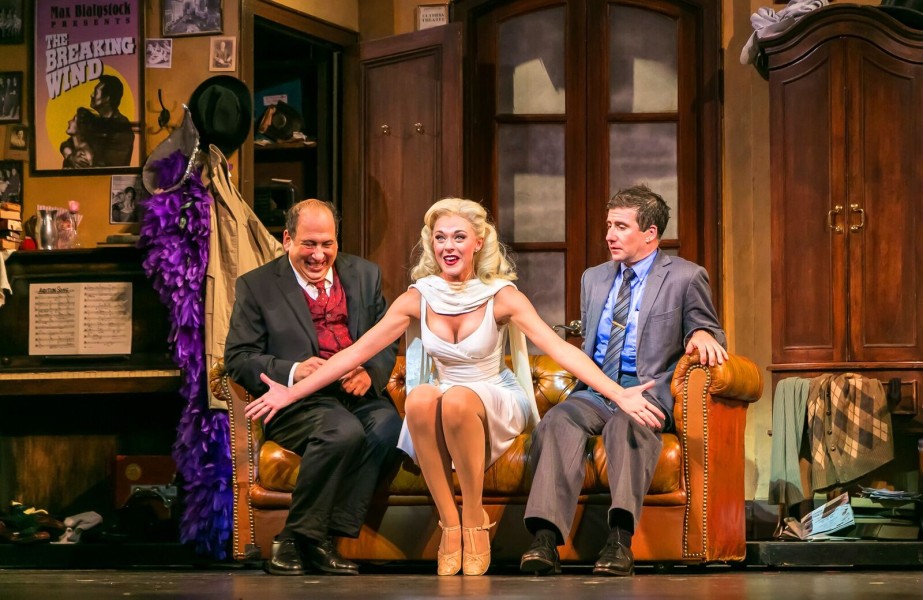 Aisle Say On The Square: Quick Takes For Early October

Aisle Say On The Square: Quick Takes For Early October 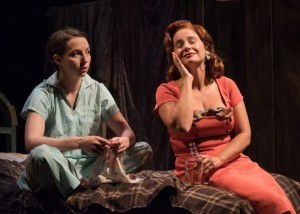 A Taste of Honey

Though part of the British “angry young man” movement, the 1958 dramedy A Taste of Honey was written by an angry young woman, Shelaigh Delaney, when she was 18. Centering on a dysfunctional working class mother-daughter relationship, it explores concepts of sexuality, gender identity, illegitimacy, social morals and mores, while also mixing up theatrical styles, including a small onstage jazz ensemble for musical commentary and characters breaking the fourth wall to address the audience. And I may be hitting my own fourth wall as regards the current Pearl Theatre revival, since the proverbial “conflict of interest”—which I tend to evaluate on a case-by-case basis, and react accordingly—seems to be rearing its troublesome head. For the director is Austin Pendleton, with whom I have worked quite successfully. Rather than give my personal review per se, I’ll report merely that the general critical consensus seems to be mixed, and indeed, the production displays the director’s great, constant strengths and less consistently secure abilities in equal measure. Unsurprisingly, I think, because the play exists in a time-capsuled, kitchen-sink netherworld that, once shocking, is now almost quaint, which can have almost any director precariously trying to balance that with the truly experimental conflation of styles mandated by the script. Thus, the Pearl revival comes by the mixed reviews honestly (and perhaps inevitably). Indeed, my companion of the evening and I disagreed spiritedly about a number of elements. And like ours, your mileage may vary. 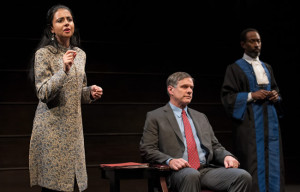 The Trial of an American President

Once upon a time, what used to be called vanity productions—enterprises by authors with no meaningful previous theatrical cred, who can afford to pay for their productions after long success in other fields—used to be bad sitcoms or worse cutesy sitcom musicals. The last near-decade or so has seen them, surprisingly, embrace contemporary legal controversy and socio-political history as well. Which may be a product of the turbulent times. I guess that’s all to the better, because the indulgence is far less about self-indulgence, and the agenda is to provoke informed thought and debate. I even recently saw one that kinda worked (A Class Act). Mostly, though, they’re just imitations, emulations or unintentional echoes of better plays, and The Trial of an American President, by Dick Tarlow (with Bill Smith), on Theatre Row, is one of those. It’s a speculation as to what might happen if George W. Bush, in order to preserve his and his family’s honor, subjected himself to the International Criminal Court at the Hague, with the hope of being found guilty of war crimes. Select members of the audience get to render the verdict at the end. Thoughh Tony Carlin makes a credible enough Bush, Bush doesn’t make a credible enough defendant. He hasn’t got that much of substance to say, what little “material” his has is reiterated mercilessly several times throughout the stilted, 80 minute script (which also contains a female Hindu narrator and an African prosecutor), and my personal verdict is that he was indeed guilty—of boring the pants off me. Other attendees were more accommodating, but did the play evoke the rapt concentration of a high profile international trial? Not even close. 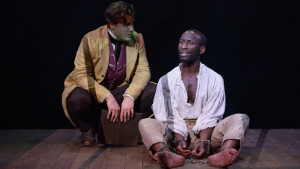 A significantly better historical speculation, though on its own terms no better than good-plus, is Nat Turner in Jerusalem, by Nathan Alan Davis, at the New York Theatre Workshop, about the rebel slave’s last twelve or so hours in prison (in the southern town of Jerusalem, Virginia) before he (Phillip James Brannon) is to be hanged for leading a slave rebellion that took the lives of over 50 men, women and children. It’s a moderately interesting dialectic, in which two white men—Thomas Grey (a real figure), who will be recording Nat’s confession, if he’ll give it, and writing his history; and a prison guard who is more compassionate than he means to be (both played by Rowan Vickers)—try to get under Turner’s skin, or better yet into his head, and wind up being more affected by him than he by them. The dramatic irony, and the skill of the actors, keep you paying attention, but the title character who perforce, cannot change, only become more intense around his enigmatic core, can test your stamina, even though Megan Sandberg-Zakian seems to have directed and paced the play about as well as one might. This might matter less if it were a little more apparent what the underlying theme and purpose are. I couldn’t identify one. 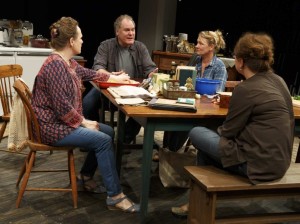 What Did You Expect?

I have to duly report on What Did You Expect? by Richard Nelson, at the Public Theatre, because I was there, but you may have to look to other views than mine; I don’t think I’m representative. During the last Presidential election cycle, Mr. Nelson wrote and directed his quartet of ever-updated Apple Family plays, that explored how an upper middle class family in Rhinebeck NY was being affected, directly and indirectly, by current events. This year, Mr. Nelson is doing the same with a somewhat less well-to-do family, the Gabriels, and What Did You Expect? is play #2 in the new cycle. I find myself not yet getting with it. I have great appreciation for the verité acting (from an ensemble led by Jay O. Sanders and Maryann Plunkett, who anchored the Apple cycle as well) and Nelson’s unobtrusive direction; but to me the Gabriel cycle is seeming like a paler version of its predecessor. Most reviewers are ecstatic and taken, as a good deal of the audience I was in seemed to be, by the immediacy of the concerns and a sense of commiseration. I share the potential sympathies, but I wish I could share the rest. 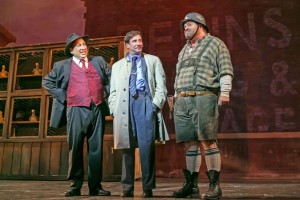 Finally, if you never saw the “Mel Brooks Musical” (as it is billed) The Producers, or have a desire to see it again, you couldn’t do better than to pop by the Paper Mill Playhouse in Millburn New Jersey, where Don Stephenson (himself a former Broadway and national company Leo Bloom) has helmed a recreation of Susan Stroman’s original production, which, despite a few rented-scenery, “road tour” reductions, is identical enough to the Broadway iteration to satisfy even hard core aficionados. Add an A+ cast consisting of both first class company veterans (Michael Kostroff is delivering his seventh Max Bialystock) and newcomers (David Josefsberg his first Leo Bloom) and the sum of the parts is pretty much exactly what it should be. The show is old fashioned at heart, yet never gets old.