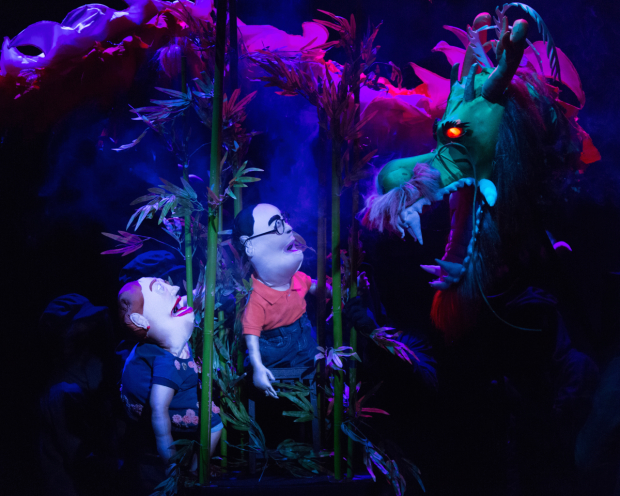 Aisle Say On The Square: Short Takes For January

Aisle Say On The Square: Short Takes For January 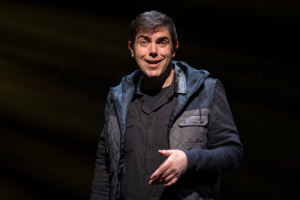 The boilerplate states that, “The Dork Knight traces the ups and downs of actor Jason O’Connell’s personal and professional life as seen through the prism of his love/hate relationship with the Batman movies,” and that’s essentially the game of his monologue show, currently on the Abingdon Theatre’s Second Stage. As a confessional per se, it’s not especially essential; it’s basically about him recounting the trials and tribulations of being an actor and also reaching sense of balanced manhood. But what neutralizes the self-involvement and supplies ample enough reason to see it is this: he’s awfully damn good and very damn funny. O’Connell’s background includes stand-up comedy (interestingly that’s not alluded to in his text) and it shows, from his senses of phrasing and timing, plus absolutely dead-on impressions, sometimes lovingly parodic, of the stars who have graced the big budget Batman movies since the Keaton-Nicholson-Burton blockbuster that redefined the franchise. Whether you care that much about his journey cum confessional will depend on your willingness to empathize, but you’ll be highly entertained either way. Effective and appropriately invisible direction is by Tony Speciale. 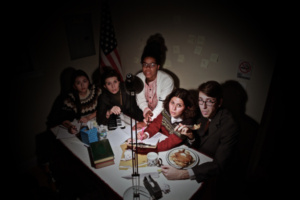 The best way to describe the experience of Providence, R.I. is this. There’s a play about a town. (The title almost doesn’t matter; in a way we’re in a Thornton Wilder-type everytown for the more or less new millennium). It’s a play that requires a small cast of four women and one man to play multiple roles, often making instant, before-your-eyes cast changes in its creation of a panorama; it’s quicksilver-flexible about style, revels in black-box evocation of many locals with few props and little costume alteration, and if it has any most-distinguishing feature, it’s a need for dexterity (think: Caryll Churchill); it’s written with a high degree of polish and its ideal set of actors would be experience-matured veterans of varying ages. But imagine that the playwright—in this case co-playwright, Skylar Fox (who collaborated in the writing with Simon Henriques)—is also a director who has accepted the assignment of directing the play’s NYC debut in a small, studio theatre with a company of very young actors you might consider still students. Their versatility and technique is still limited and in its formative stages, but the director-author makes it his mandate to put them through their paces, setting the bar as high as possible.

And they actually kind of reach it. They don’t deliver like seasoned pros, but they do deliver like aspiring artists who know and care about what being a seasoned pro ought to look and feel like. You can’t help but love and respect them for it; nor can you help but admire the director’s assiduous and fantastically successful dedication to reaching the goal. Any more analysis than that seems beside the point. How much of this is actually the rerality behind the scenes, I can’t say. I can only describe what the experience feels like. However, I can say that attending = supporting a good and worthy place for theatre artists to work on their craft in front of audiences.
Finally: three shows at 59E59: 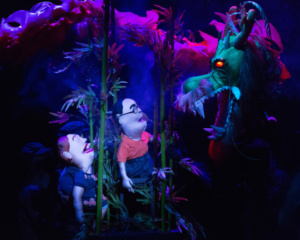 (1) The boilerplate says: “Inspired by true events, Made In China is a fantastical exploration of human rights, consumerism, and morality as told through the unlikely love story between an odd middle-aged American woman and her Chinese ex-pat neighbor. Made In China features 30 puppets, seven puppeteers, music inspired by both American and Chinese traditions, and animated video.” I’d add that it’s kind of a musical that attempts a traditionally crafted score, and does better than you might expect, though it falls short of pro polish and the edges are rough. But that may be fitting for a surreal story dealing with prosaic relationship issues against a background of existential world crisis. That also features a dog and a human-eating toilet. No, really it’s fun. But not necessarily fare for the kiddies. It’s explicit and profane but also silly enough to squeak by. Maybe. Parental assessments will vary. 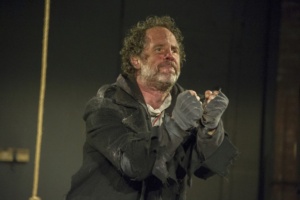 (2) Albatross, a one actor play by Matthew Spangler and Benjamin Evett, is inspired by Samuel Taylor Coleridge’s epic poem “The Rime of the Ancient Mariner”—I’d call it a prose expansion. Co-author Evett also plays the mariner, with a lot of resonant old-salt growling that you’d have a hard time distinguishing from piratical ranting. This one has been a regional and festival favorite, so I’m loath to put forth my view as your sole best source, nor can I attest to a general audience reaction; all I can tell you is that respectful attention was paid. But for me, after the first 30 minutes, the ship was just furiously lurching about in the same waters. Evett is a gifted and charismatic fellow, and the script has the virtues of dark humor and evocative imagery; but I nonetheless found that a little bilgewater bellowing went a long way. 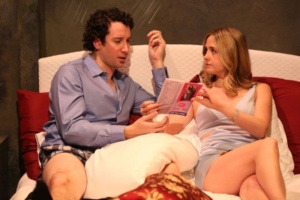 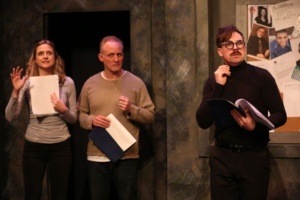 (3) The Labute New Theater Festival features four new one-acts, by Neil Labute, Adam Seidel, Gabe McKinley and Cary Pepper. Since each of them depends on the kind of ironic reversal you might find in short stories by the likes of John Collier, Charles Beaumont, Roald Dahl and even Rod Serling (albeit never venturing to that “sixth dimension”), far be it for me to even dance near spoilers by describing the “at rise” perceptions of that will change. Let’s just say that, as with any anthology of this sort, some are better than others (my preference was four the two plays in the first half), but the variety is your compensation. Three directors, five actors, and no shortage of story make this a very full evening for not a lot of dough.