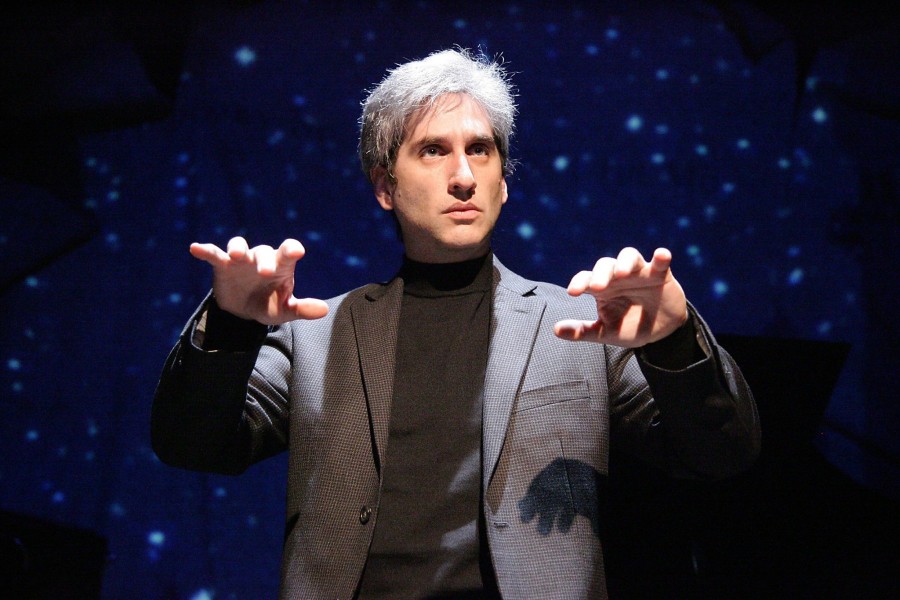 Aisle Say On The Square: The Majesty of Maestro

Aisle Say On The Square: The Majesty of Maestro 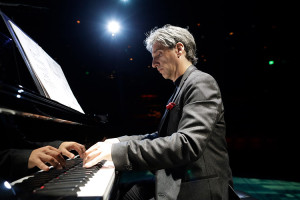 It didn’t really occur to me until starting to think about this review, but I think what moves a one-performer bio-play from very good to great is whether or not the performer can equal or surpass or redefine the impression left by the original, actual person being portrayed. Which sounds crazy until you consider: our image of the living, breathing Mark Twain is Hal Holbrook. There isn’t anyone much alive anymore who can invoke an image of James Thurber, but after having seen him portrayed by William Windom, you truly wouldn’t want to. As for Whitmore—despite there being ample film of the sagebrush sage he portrayed, his Will Rogers was actually a more effective Will Rogers than the actual Will Rogers.

If you’re a theatre historian of any kind, you’ll recognize that all the abovementioned portrayals hail from decades past; the 60s and 70s, to be precise. There has not, in my estimation (or at least my immediate recall), been anyone since to enter their pantheon of greatness. Until now.

Let me back up a bit. While there have been any number of one-man bio plays that are quite fine enough, showcasing excellent performances (Whitmore did several others, Laurence Luckinbill has made a cottage industry of them, and despite Christian theatre being usually second rate, Dean Jones’ turn as St. John is enough to make you forswear your atheism for an afternoon), there is one thing that the very top tier of great portrayals have in common, separate from yet side-by-side with performance. They dispense with the tacit question, “Why is this person telling me about his life?” They get rid of artifice like imaginary conversations with unseen people, just offstage or on the phone. How do they do this?

By presenting the subject “in concert.” In Mark Twain Tonight!, Will Rogers’ USA and A James Thurber Evening, all of them are actually addressing an audience. There’s no need to obliterate a fourth wall, because there is none.

But Maestro presents a new, intriguing and quite courageous variation. Because Leonard Bernstein reached the height of his celebrity…in the age of television. The memory of his indelible real-life presence can’t be overshadowed by time or historical distance. Not only have we seen him as a contemporary figure countless times, but television was his medium and he mastered it.

Indeed, the first few minutes of Maestro consist of clips from his Omnibus and Young People’s Concerts broadcasts. Which eventually fade out as Hershey Felder takes over. One can’t undersell how courageous this actually is. For now it’s the actor’s task to live up to the real life image that has just been shown to us.

He doesn’t really look like Bernstein; the hairpiece equivalent is questionable at best. But he’s slender, he channels the authority and within a few minutes, to allow for our ears adjusting to the timbre of his voice after the timbre of filmed Bernstein, we discard the distinction made by nature and buy into the illusion crafted by man; because Felder captures the sonorousness, the range, and most trickily, the cultured accent, colored by so many influences; this includes the peculiar composer-unique singing voice when he demonstrates by way of musical example. As essentially, Felder is himself a brilliant pianist, so not only can he pastiche Bernstein’s style at the keyboard, but Bernstein’s conducting style as well.

And why aren’t we questioning why he talks to us? Because it starts to sink in, he too, in the play, is addressing an audience; partially in the concert hall, mostly in living rooms. For Maestro is tacitly the TV special he might have done on his own life.

And as such, after a fashion, it’s a general overview. If you know nothing-much about Bernstein, Felder’s script (unobtrusively—which, for a smoothly-delivered one-man show means well—directed by Joel Zwick) will seem chockablock with entertaining anecdotes. If you’re more in the know, the information is not what’s particularly revelatory, nor what’s particularly important. It’s how it’s framed within Bernstein’s constant quest for thematic meaning; in this case, to the meaning of his life. The deeper the show goes, the more psychologically complex it becomes, painting a more and more comprehensive portrait of a genius tormented by his own self image, and it builds toward the proverbial shattering, and perfectly Bernsteinian, climax.

Maestro is about as good as one actor bio plays get. And it’s a goodness that comes along, so it would seem, on but a few occasions within a lifetime.

Don’t deprive yourself. It lives up to the title.