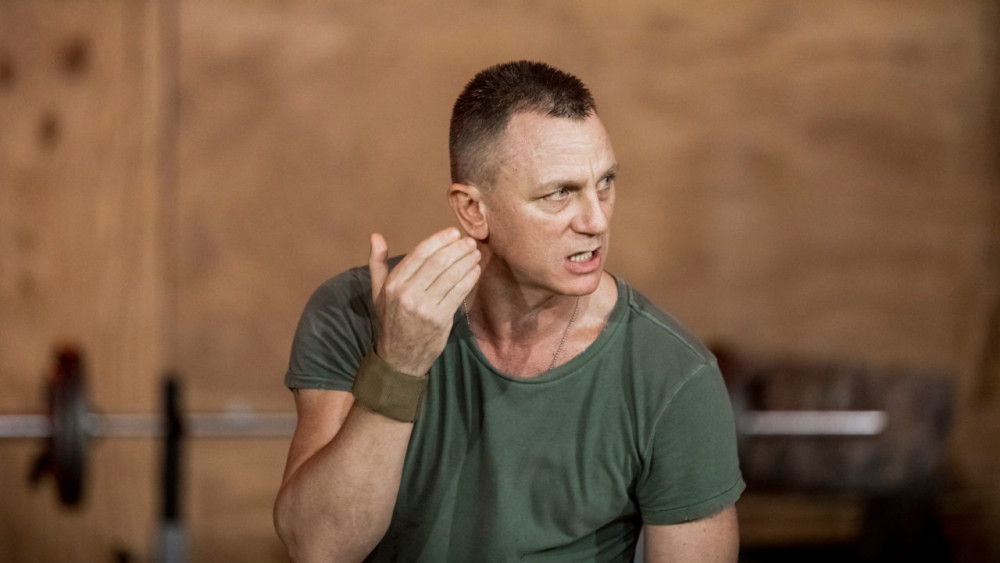 Aisle Say On The Square: The Moor And Still More Moor

Aisle Say On The Square: The Moor And Still More Moor 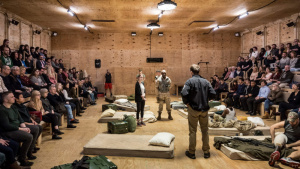 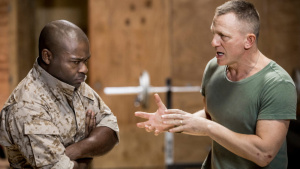 Modern dress, military backdrop productions of Othello are ubiquitous. And why wouldn’t they be? You have the black leader Othello; the trusted white advisor Iago, secretly plotting Othello’s downfall; Othello’s loyal wife Desdemona, made to appear disloyal, political maneuverings behind closed doors, mischief through misinformation…It can be said, accurately, I think, that as colorful and robust as Shakespeare’s characterizations in this play are, he doesn’t go deeply into why they are who they are. He sets them up in their game-go positions, and all motivations spring from that which causes positions to alter. Race prejudice, military politics, governments in flux, personal treacheries…it all continues to resonate throughout the centuries because audiences create their own metaphorical parallels. Aided and abetted by directors and casts of course. 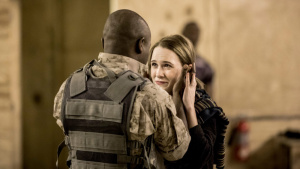 So no modern dress military Othello gets by on the originality of the notion itself, but rather on how bracingly it follows through on the promise of its own suggested metaphors.

Happily (and in a good sense tragically), director Sam Gold’s go at this, home-stretching its run at the New York Theatre Workshop is a pretty good one. As the list of ingredients above may suggest, it’s environmental, at least in the sense that the design extends to the seating and we in the audience are decidedly part of the ambiance, when we’re not being consciously acknowledged as recipients of an aside. If there’s anything deeper going on than suspense, I can’t tell you what it is, but there’s nothing wrong with a good military thriller, and as I say, the trajectory is clean enough, in the evening’s three-plus hours, that the audience can make a likewise clean symbolic read, if they so choose. The key is verisimilitude. It starts bracingly enough to captivate; the language does the rest and you buy in. 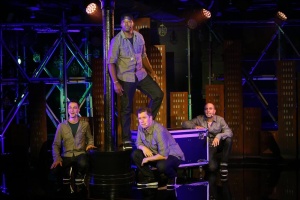 There’s a definite international tinge to this Othello, with David Oyelowo’s roaring delivery of the title role delivered in South African-inflected cadence; international star Daniel Craig giving Iago the smooth locution of a British schemer who never quite made it to the upper class; and Rachel Brosnahan’s Desdemona as American smart-and-sexy, lacking nothing but artifice. They make for an excellent triumvirate, a decent enough reason to sit through yet one more Othello, and a great reason to attend if you’ve never seen the play before.Uptown at the Westside Arts, similarly in the home stretch of its run, there’s Othello the Remix, which re-envisions the tale as taking place in the world of high profile music industry rappers; and it uses the vocabulary of rap, nearly from start to finish, to do so. 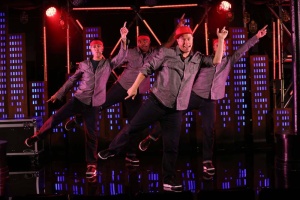 Despite impressive lighting and sound design, this adaptation, written, composed and directed by the rapper team of GQ and JQ (who are also among the quartet of performers) is pretty much done black box style, with a number of wigs, glibly designed quick-change costumes, multiple character voices per actor and gender bending. And though the tone is primarily tongue-in-cheek, it would be a mistake to label it satirical. Because within the bounds of its storytelling universe there is still a dark seriousness and it’s all only street rhymes and hip hop until it’s not.

Coming in at about 90 minutes, no mish, Othello the Remix manages, for the most part, to avoid tedium. This is no mean trick, because theatrically speaking, the backbeats and syncopated rhythms of rap, the relentless 4/4 time, make for a severely limited palate, and variation is of necessity achieved by degrees; brush strokes and details. And the trick is helped enormously by the performers (also including Jackson Doran and Postell Pringle), who compensate with deft, broad-strokes characterizations that often break through the backbeat, with an inner life less dominated by the backbeat than informed by it, as if it’s the unstoppable engine of plot provoking passion. And it’s such that raises the occasion enough above the level of novelty to be worthwhile.