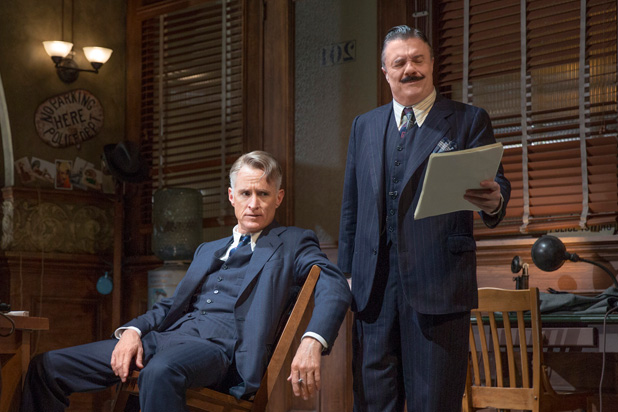 Aisle Say On The Square: The Most Democratic Form Of Entertainment

Aisle Say On The Square: The Most Democratic Form Of Entertainment 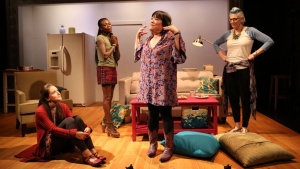 I’ve said it before, but it bears repetition: Comedy is the most democratic form of entertainment. If they laugh, it’s funny. If they don’t, it isn’t. Are there mitigating circumstances of demographic and type of performance? Sure. But for now let’s hew to a general-audience New York City “sophisticate” median, which is this: the laughs are steady and consistent throughout.

Not so much at the TACT revival of Oliver Goldsmith’s popular 1773 comedy of manners, She Stoops to Conquer on Theatre Row. Due to the crunch of openings, I had to get to it late in its run, which is ended this past weekend, but it didn’t bear much examination. Directed by Scott Alan Evans, it featured a company of agreeable actors, most of whom exhibited a sense of humor, none of whom evidenced the deadly “tin ear,” but none of whom, alas, seem naturally funny. It was all a bit like a decent-enough college thesis production.

Comedienne Lisa Lampanelli’s Stuffed, heading toward the last roundup of an extended engagement at the Women’s Project Theatre isn’t so much a play as a mildly obscenity-laced Shavian dialectic—by which I mean in the tradition, not in the linguistic style—about four female friends, their relationship to food and consequently to their bodies as well. It says something to the lack of actual story or dramatic tension that the piece, set in a living room, is only tangentially about their relationships to each other. Because she is a stand-up comedy specialist, Ms. Lampanelli, who also appears in the play (along with Ann Harada, Zalnab Jah and Jessica Luck) certainly delivers the cadences of comedy and has surrounded herself with supporting players who can likewise both deliver and, in the set-up sense, “feed”—but the playing style, under Jackson Gay’s direction, never lets you forget you’re watching an artificial, rehearsed construct; and without question, its target audience (who offer up most of the laughs) is indeed women. While there’s no man-basing involved (it’s a good-hearted evening) men may nonetheless feel they’ve wandered into an exclusive club where there’s a difference between getting the jokes and being in on them. Not, as the saying goes, that there’s anything wrong with that, but I also think it’s telling that Ms. Lampanelli’s (seemingly?) impromptu curtain speech, delivered standup style, which stays more-or-less “on message,” is lots funnier than the play itself. 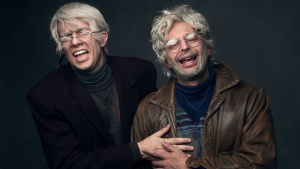 For me personally, Oh, Hello on Broadway wore out its welcome well before it was over, but that’s basically because I was done with the premise—two culturally very hip younger funnymen in codger drag (Nick Kroll and John Mulaney) playing two B-list showbiz senior citizens who only think they’re culturally hip—went a long way, rambling, as it did, through various bits made to cohere as an evening via a very loose structure. But Kroll & Mulaney have a pop culture cachet at the moment, and they do come by their laughs honestly in that they’re adept comic practitioners. It’s far less parochial comedy than Stuffed, though I guess one might convincingly argue that in its weird way, it’s the guy-stuffed aesthetic opposite, and if you’re into the team, you may not feel the 90 minute length as I did. Direction which stays admirably out of the way is by Alex Timbers. 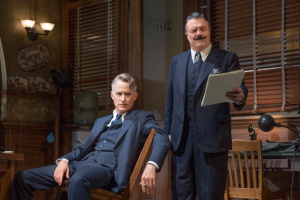 All of which builds up to the current revival of Ben Hecht and Charles MacArthur’s classic newspaper comedy (with occasional elements of farce), The Front Page. It is directed by Jack O’Brien, the production captures 1928 playing style—or in any event, presents the illusion of same—flawlessly, the perfect invisible ringmaster of a large cast and controlled-frantic staging around a large press room set, every now and again pausing for a flashbulb frieze flourish. This is comedy of a very high octane, wherein absolute masters of the funny are supported by experts at feeding them setups, with a smattering of folks who go brilliantly back and forth between the two tasks. Exemplifying total mastery—of course—is Nathan Lane as opportunistic editor Walter Burns. And if John Slattery is a little too old for can’t block-the-news-nose Hildy Johnson and only a very good rather than spectacular actor, that’s okay; he has exactly as much of everything he needs to deliver in style as he sets up the game in Act One and becomes a perfect foil for Mr. Lane in the remaining two. Caveats? One. An artifact of the time in which the play was written is a far-too-long expositional set up, not easily cut down. You have to wade through that. Oh, but the reward for the effort is simply spectacular.