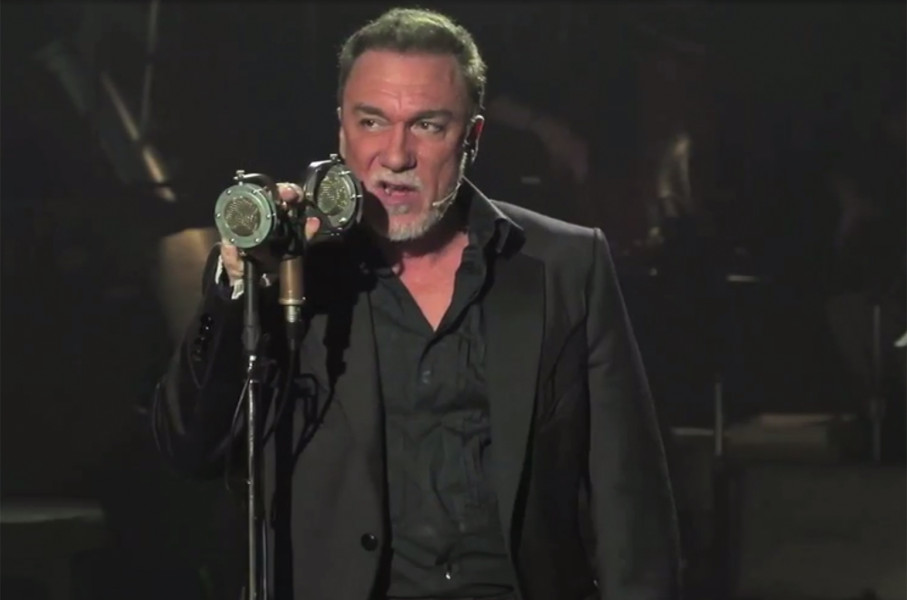 Aisle Say on The Square: The Off-Broadway Conundrum

Aisle Say on The Square: The Off-Broadway Conundrum

Following the previous article, that brings me to some of the latest fare off-Broadway.

As I get older, teach more, write more, I become more cautious writing reviews of musicals; not less critical when the need is to be critical, but more sensitive to the feelings on the receiving end of judgment; nobody makes mistakes on purpose. We sometimes make deliberate choices that turn out not to help our projects (many years ago, I had an exchange with Steve Sondheim, in which he wryly called such choices “conscious mistakes”), but that’s often part of the process and how we learn what the hell the given show we’re working on is about. So I say all the rest of this with as open a heart and perspective as I can give it.

In musicals, off-Broadway has frequently been the venue of the renegade voice, the alternate view, the anti-conventional. Always, the most significant factor on the table is the music. Lyrics tend to be negligibly considered, in a song-by-song craft-sense, but cumulative in terms of patois, mood and artist imprimatur. And stories tend to be either wild inventions about the world of whatever music is featured (whether it be examined via community, industry or philosophy); or hip retellings of classical tales from the Bible, mythology or other such. Again, fair enough. Those voices need a venue; this is as it should be. But there’s a pattern in our theatrical history, that few pay attention to, that gets forgotten after it happens, only to be repeated again and again, generation after generation. And it’s this:

These renegade shows often get highly positive reviews; as often the off-Broadway audiences who attend (still paying far less than uptown prices) are demonstrably supportive; maybe the event extends a few weeks, may even generate an album, and then one of two things occur.

The shows disappear from the landscape, pretty much vanishing from mind within a few years, never achieving anything remotely significant in terms of entering the repertoire of shows that are produced and revived over and over in all kinds of venues from community theatre to Broadway to the world stages…

…or they move uptown amid a flurry of hype, only to crash and burn a few weeks later. And then they’re forgotten, pursuant to a less dignified exit.

Offhand, I can think of three exceptions—Hair, which was a cultural phenomenon tied into a kind of revolutionary zeitgeist that will never happen again; the aforementioned Hamilton; and Rent, by Jonathan Larson, who never truly got to complete it, but who, like Mr. Miranda, was a musical theatre baby at heart, which is always apparent as you watch, no matter what you may feel about it. There are probably more exceptions that aren’t coming to my mind, but the probability that those others (if they exist) can almost certainly be counted in single digits that reach nowhere near 10, is highly significant.

So okay: why should this pattern exist?

The first mistake is what I call White Heat Narrative. Basically, the songwriter has the kernel of an idea for a story s/he wants to tell and then just starts writing scenes and songs in a mad creative rush. The deeper into the show s/he gets, the further afield the narrative gets from linear coherency and the more the thematic and narrative focus starts to sprawl. Finally it ends because steam is spent.

The second mistake is simply not knowing the difference between what’s important to sing about—what we in the game call the events of the story—and what isn’t. And thus, feeling an obligation to sing about everything. This is borne partially of the Euro-musical/folk opera model, epitomized by Les Misérables, in which everything is sung also (though in the Euro there are usually at least clear lines of demarcation between recitative [which functions as de facto dialogue] and aria, which can replicate a traditional sense of proportion between dialogue and song; sort of). But mostly it’s borne of not knowing how to break down a story. With the result that you get an attenuated narrative, in which actors have to do a great deal to either “fill” long stretches that are intrinsically undramatic, or imbue rambling text with some kind of inner cohesion they have to invent for themselves.

As if to provide textbook examples, the season has given us The Total Bent, by Stew, at the Public Theatre, about the rift between an established religious soul singer and the son who writes his material for no credit and little gain; and Anaïs Mitchell’s Hadestown, a stage realization of her concept album telling the story of Orpheus and Euridice.

Stew’s story generates narrative confusion early; the son seems to have a legitimate gripe, yet the show is clearly on the side of the father, who, though he’s the voice of experience, is also the force of mental abuse. Bring on an unctuous British manager to guide the career of the son, whom he thinks is an innovator, but who, with little provocation, is happy to throw that management deal under the bus if it means managing the father. Whose music, somewhere in there, turns the Brit into a Christian. Meanwhile the son, pursuing his own career…well, he goes through some kind of rite of passage, but I’m damned if I can tell you rationally what it is. And the show ends with him having some kind of musical epiphany, that plays like the ending to a completely different show than the one we started with. A major review, praising the show, paused to acknowledge that one may have to make allowances for its not always making sense…and of course, that’s the kind of review that perpetuates bad practice. Because no, you shouldn’t have to make that kind of allowance. You of the audience are entitled to having the invigorating music and bold ideas be supported by equally bracing craft.

As to Hadestown, it takes two acts plus an intermission to accomplish what could have easily been done in less than 90 break-free minutes, not only sacrificing nothing in effectiveness but gaining a great deal. How much more arresting, touching, surprising would this funky retelling of an old legend be if it were actually shaped by a dramatist qualified to do the job!

Because that’s how these renegade shows might have a shot at entering the literature.

By way of famous example: It is by now an open secret that Peter Stone didn’t write the book to 1776 from scratch. Composer-lyricist Sherman Edwards (himself a renegade voice, not a practiced musical dramatist, but a pop song writer) had originally written his own libretto. But the script was stiff, formal, dry. Mr. Edwards, who was also a history teacher, couldn’t by himself shed it of a patina of pedantry. Producer Stuart Ostrow knew enough to call in a seasoned wordsmith. Enter Peter Stone. Stone hears the score, and is instantly struck by the opening, “Sit Down, John”, understanding immediately that the strength of the show is in the fractiousness of the Continental Congress, flying in the face of what he called “received history.” From that spark, he understood the kind of wit and dramatic tension needed, and he delivered it; along with the brilliant edition of the voting scoreboard always keeping the audience cognizant of where the progress on John Adams pushing through American independence stood at any time.

I can’t and won’t mention names, but I also know of a show currently under development, that has been kicking around for many a year. Its original wordsmith, however, one of the White Heat style writers referred to above, passed away at some point, also quite some time ago. Recently, a producer of note was introduced to the property, instantly fell in love with the score, and just as instantly recognized that the libretto was a mess. Said producer likewise brought in his/her own “Peter Stone” as it were, and sure enough, there is now an ongoing process of streamlining and shaping something worthwhile, that may have otherwise been lost to posterity.

I’ll be the first one to say that the music of both Stew and Anaïs Mitchell, in these two shows, is arresting, and deserving of theatrical treatment; I’ll even go further and say that, as cast and as directed by Rachel Chavkin and Joanna Settle, both productions give compelling glimpses into the lasting power these shows might pack if there was some real dramaturgical muscle in play.

But it ultimately—ultimately, in the long game—doesn’t help these renegades to have their work thrown onto the stage without first deconstructing each show for intention, narrative clarity and theme, and rebuilding it to satisfy the requirements of its own implied assignment; and to endure. Always in league with compatriots attuned to the material, of course; and finding the right compatriots to partner with can be part of the challenge…but welcome to the art of collaboration going how it usually goes.

The trap to avoid falling into is to confuse sounding different with breaking new ground. It’s the larger picture different sound is serving that matters.

Because the musical theatre wheel has already been invented. We’ve long since discovered how rope works. If you’re still figuring out that the first might do better if it’s round, and don’t know how to tie a simple knot in the second…well, that’s a problem. You can break new ground by accident, in the process of simply achieving your intended goal if pursued with preparation and care; but nobody breaks new ground by blind chance. In the musical theatre, serendipity just refuses to work that way.

As Casey Stengel used to say: you could look it up…

Suzanna BowlingJanuary 13, 2022
Read More
Scroll for more
Tap
Do Not Miss Indecent
She Loves Me To Stream Live