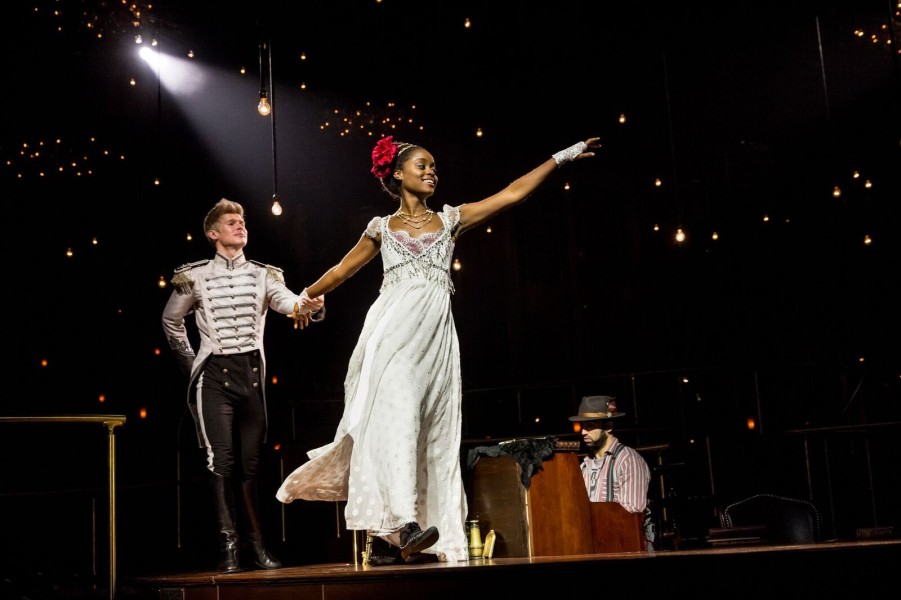 Aisle Say On The Square: The Tolstoy Tuner

Aisle Say On The Square: The Tolstoy Tuner 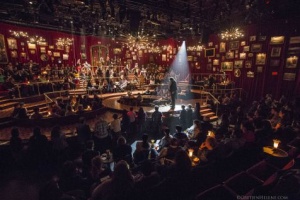 One of my gigs, for a time, was screening applications for musical theatre awards and grants. And somewhere around a decade ago, I came across an adaptation of a world literature classic (I think by Dickens but that’s irrelevant). It was intriguing for the first, say, five pages, because the sung text seemed to exist outside the story, looking upon it in an analytical, narrative way, rather like musicalizing a Cliff’s Notes summary. What an interesting way of setting up the world, I thought. Then I got past the opening sequence and onto pages 6, 7, 8 and onward and the approach never changed, never segued into real character writing, the characters only ever describing their states of being, never inhabiting them, never leaving sung text for spoken, and I realized this was not a deliberate technique, but a naïve notion of adaptation. It was all the author or authors knew how to do. As to the score (demos were included of course), there was a certain amount of proficiency, but it was mostly generic stuff filtered through indicia of the storytelling nationality and era, flourishes of, again, generic, period-place color. Obviously I set the submission aside without positive recommendation. And I might have forgotten it if I didn’t eventually hit another musical just like it. And another. Over the years I may have encountered a dozen or more. All by different writers, all employing exactly the same approach, as if it were a codified school of writing, or even evidence of a pathology.

Thus, my overriding reaction to Natasha, Pierre and the Great Comet of 1812 (book, music and lyrics by Dave Molloy) was amazement—and ultimately a bow to the inevitable—that one of these had finally slipped through the cracks into production. What characterizes this one is a kinda sorta pop rock, genre free-form score, put through a kinda sorta techno-yet-classical Russian filter.

Adapted from Tolstoy’s War and Peace (for realz), it originally debuted at the small off-off Broadway venue Ars Nova (where I did not see it), then re-opened downtown at Kazino, a Russian Restaurant in a tent, within the meat packing district (where I did see it), and prior to the show, you were indeed fed, which helped, if you like that kind of food, and, it being in my ancestry, I do. To complement the locale, the show had an imaginative production (director Rachel Chavkin), lavishly designed; an environmental staging (rather like the Chelsea Candide, for those whose point of reference goes back that far), happening on connected ramps and playing spaces all around the restaurant. The production, and Kazino, shortly thereafter migrated uptown to the theatre district.

Now the production has moved from tent to Broadway mainstage, the Imperial Theatre having been transformed into an environmental playing field that works similarly but not as simply. Where previously different levels were separated by a step or two, in a shotgun configuration that spanned the length of the restaurant, now pathways start in the aisles, climb onto what was once (but is no more) a traditional proscenium, and go higher and higher toward an exit door far upstage beyond which are a bank of blinding lights.

The cast is mostly but not entirely the same, and while my initial review described them as a crackerjack ensemble, at the Imperial I found myself less impressed on aggregate, with regard to acting and singing; and I think that’s because, despite the elegance of setting and design (including costumes), the intimacy of an up close setting renders personal quirk bigger, and forgives a degree of scruffiness, which can even be perceived as a novel advantage. In a Broadway setting, though, you have to fill the space, and I’m not talking about volume, I’m talking about presence and technique. I don’t mean to say the cast is inadequate to the task; my “downgrade” is one of degrees, not a total change of mind. They’re still a talented lot. But for me, there’s now a dysynchrony between the material’s delivery and the architectural setting. But bear in mind, it has captured the fancies of many, critics and audiences alike. They have not screened the many scripts written in the same style that I have. To them it is an anomaly, sui generis, and to the extent that it actually got produced, it is.

But in truth, NPGC1812 is no better and no worse than most of the others of its type that I screened, though perhaps it is more ambitious, focusing on several story threads from a sprawling doorstopper classic of world literature from the other side of the globe. Whether or not you go for the ride will depend entirely upon whether or not you (a) buy into the approach of its opening moments and (b) whether or not you can be satisfied that those opening moments essentially define the remaining two-plus hours, because the show is a one-trick pony. And you really have to like the pony.