The Al Hirschfeld Foundation is proud to announce the latest in a series of online exhibitions exploring the work of one of the most iconic artists of the last century.

Coinciding with Al Hirschfeld’s 117th birthday this week, the Foundation has launched special exhibition for these times: “Lost In The Stars: Black Theatre Makers Drawn by Hirschfeld”, a collection of over 25 drawings, paintings, and prints documenting nearly three-quarters of a century of African-American theater artistry. This special digital exhibit will be online August 2, 2020 at  AlHirschfeldFoundation.org/exhibitions before a new exhibition is presented.

The online exhibition begins with F.E. Miller and Aubrey Lyles, the duo that wrote the book and starred in the landmark musical Shuffle Along and travels 72 years to include drawings of Canada Lee, Paul Robeson, Diana Sands, James Earl Jones, Ed Bullins, Charles Brown, Robert Guillaume, Nell Carter, Ntozake Shange, Charles Dutton, and Audra McDonald, and shows including Carmen Jones, Decision, For Colored Girls Who Have Considered Suicide / When the Rainbow Is Enuf, the musical Golden Boy, Ain’t Misbehavin’, the 1976 all Black revival of Guys & Dolls, and Marie Christine.

“Black actors, directors, composers, lyricists, playwrights, designers, and producers have long played a role in the American Theater, despite Broadway’s nickname as The Great White Way,” writes David Leopold, Creative Director for the AHF in the introduction to the exhibition. “The title of this exhibition comes from the musical of the same name that explored the racial injustices of the 20th century South Africa apartheid system. But it can also serve as a metaphor of the Black creative in a predominantly white theater world. Too often the contributions of Black artists have been minimized or co-opted, and the Al Hirschfeld Foundation wanted to look at many of the Black stars in all disciplines that make the American Theater what it is today. “Lost In The Stars…” will be the first of at least four exhibitions that will explore Black theater, film, dance and music over the next year. We believe that Black Live Matter. Black Art Matters. And Black Theatre Matters.” In keeping with the spirit of Hirschfeld, this exhibition is free and open to everyone.

The show is part of the AHF’s continuing mission to promote interest in the theater and the performing and visual arts. For this exhibition there is a special gift shop of merchandise connected to the exhibition at online at AlHirschfeldFoundationshop.org/product-category/lost-in-the-stars.

Go behind the lines of Hirschfeld’s art with “The Hirschfeld Century Podcast,” nominated as “Best NYC podcast” by the 2020 Apple Awards.  A special episode dedicated to the works featured in “Lost In The Stars: Black Theatre Makers Drawn by Hirschfeld” will be available starting June 30, 2020 from AlHirschfeldFoundation.org/podcasts, iTunes and other popular podcast sites. 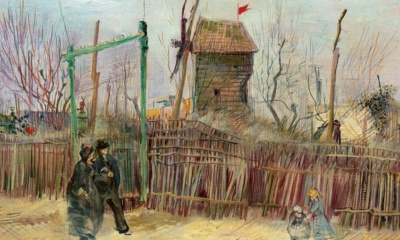