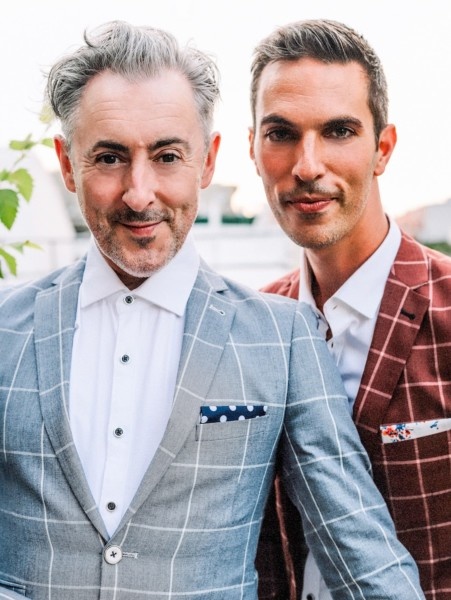 When Cumming was asked: “Why Ari?,” Alan said “I’ve got to know Ari over the last few years, both socially and when he interviewed me for a couple of events. The last time was an evening in DC and by the end of it I realized our chemistry and the unusual combo of us, as well as the fact that Ari has an amazing voice, would make for a really great cabaret show. And kapow! We’re doing it! What I love most is it’s fresh and ever-changing and there’s an element of the audience being a part of the ever changing with the Q&A section. And mostly it’s just two chums mucking about and hopefully being entertaining!’

Shapiro responded, “When Alan first suggested that we create a show together, I didn’t quite believe him. Then as we started to dig in to this collaboration, I realized how much our professional lives actually complement each other. We’re both storytellers who try to help audiences better understand themselves and the world around them. This show lets us explore those shared ideals on stage together, through stories and songs. A friend said it must be scary to work with someone as celebrated and experienced as Alan. But in fact, this collaboration is one of the easiest things I’ve ever done, because Alan is such a generous and talented performer. I know that any time I jump, he’ll catch me.”