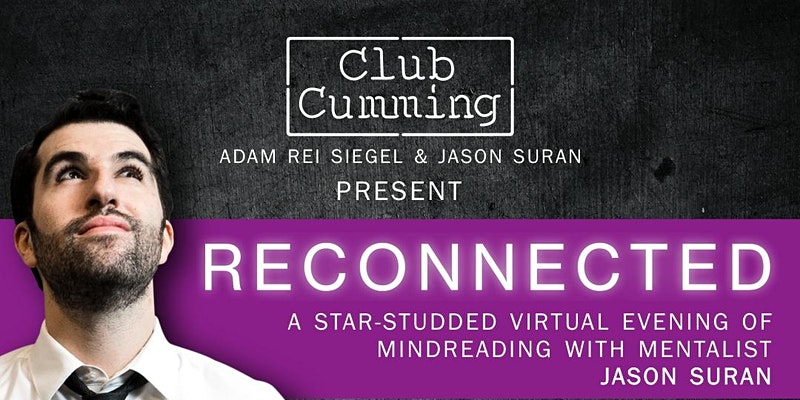 This special celebrity edition of Reconnected will be presented virtually and is open to the general public who are invited to experience Suran’s signature brand of psychological illusions as he reads the minds of his special celebrity guests. A select number of VIP tickets are available for those interested in participating alongside the celebrity guests with personal readings by Suran.

Suran added: “Initially the plan was to put on a live fundraiser here in New York. Unfortunately, Omicron had other ideas. But that’s the wonderful thing about virtual theatre – not only can we still put up a show to support this wonderful charity, but now we can bring in more people from all over the world who might never have even had a chance to attend or donate”

Reconnected is a virtual experience designed to gather audiences for 60 minutes of jaw-dropping psychological illusions. The show is intimate, interactive and not your typical magic show. Like all of Suran’s performances, Reconnected features sophisticated acts of mind-reading and deception designed to astonish even those who think they’ve seen it all. So come together for an experience that you will never forget…and that no one else will believe. This is the last chance for audiences to see a public performance of Reconnected as there are no plans for additional engagements.

All proceeds will go to Trinity’s Services and Food For the Homeless (SAFH) which aims to provide a reliable source of food for those who are hungry; support good nutrition through our meals and with education; offer connections to other services and to strengthen community through shared service.