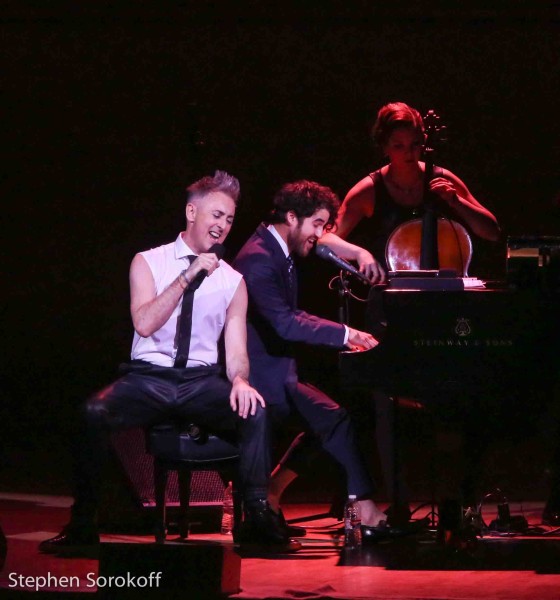 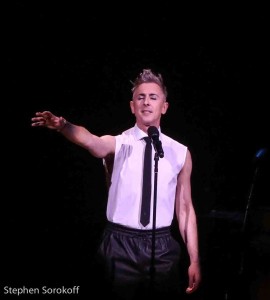 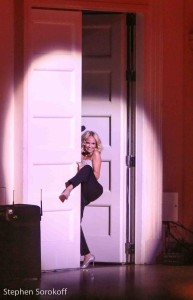 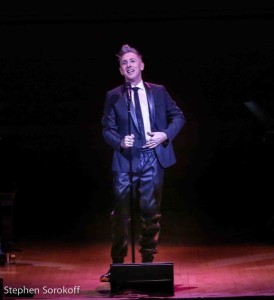 This evening marked the release of Cumming’s newest CD Alan Cumming Sings Sappy Songs, from Yellow Sound Label, recorded live at the Café Carlyle. Pop hits like Miley Cyrus’s “The Climb,” Billy Joel’s “Goodnight Saigon,” “If Love Were All” by Noël Coward, “Mother Glasgow” from Scotland,”La Complainte de la Butte” from France, “How Do Humans Live” from Germany and A Sondheim mash-up were just some of the songs. With Rufus Wainwright’s “Dinner at Eight,” we heard about Cummings disconnected father/son relationship. Missing Chita Rivera and loving Kander & Ebb’s The Visit he sang an emotional “You, You, You.”As a finally a bossa nova style version of “The Ladies Who Lunch” from Company. For those Cabaret fans a seductive hip “Mein Herr” brought down the house. 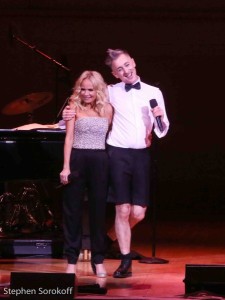 With Chenoweth we got some great stories about the Tony Awards and “Easy Street” from Annie. 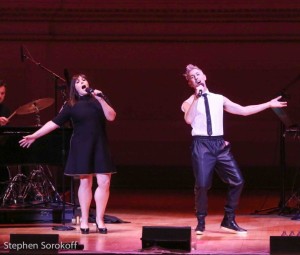 With Ricki Lake he went into “Ecstasy” from ATB. 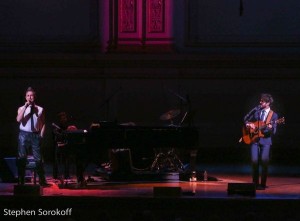 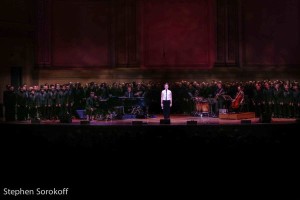 With the Gay Men’s Choir

A mashup of Adele’s “Someone Like You,” Lady GaGa’s “The Edge of Glory,” and Katy Perry’s “Firework” called “Someone Like The Edge of Firework”was angelically backed by the Gay Men’s Chorus.

\Cumming’s longtime musical director the fabulous Lance Horn was on piano, Eleanor Norton on cello, Michael Croiter on guitar and percussion and Chris Jogo on drums. This band swung into high action completing what was a satisfying and  rewarding evening of song and stories.