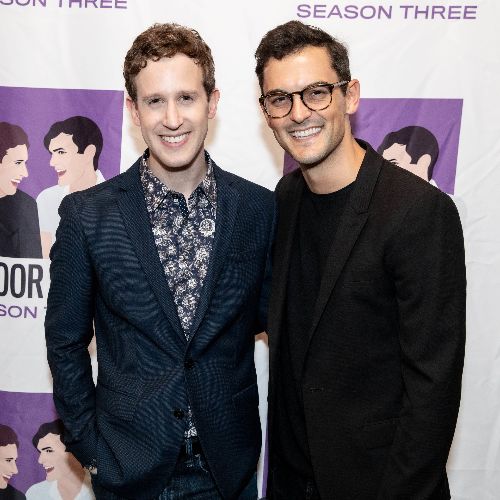 Indoor Boys, the critically acclaimed and award-winning web series written and directed by and starring Alex Wyse and Wesley Taylor, premiered its eagerly anticipated third season on Tuesday, October 1. The entire season is available for streaming on the show’s website at www.indoorboys.tv.

Indoor Boys, which originally premiered in 2017, follows two homebody roommates as they navigate the boundaries of their no-boundaries friendship.

Alex Wyse is the co-creator/writer/star of Indoor Boys, for which he won Indie Series Awards for Best Actor, Best Writing, and Best Comedy Series. His writing has been produced at NYMF, Ugly Rhino, and The New York Theatre Barn. He co-produced the Tony and Drama Desk-nominated play What the Constitution Means to Me, and he’ll next produce How I Learned to Drive with MTC in 2020. As an actor, he appeared on Broadway in Waitress, Spring Awakening, and Lysistrata Jones, Off-Broadway in Ride the Cyclone, Bare, and Triassic Parq, in the National Tour of Wicked, and regionally in The Flamingo Kid, Lost in Yonkers, The Boy in the Bathroom, Speech & Debate, and For the Record. His television credits include “Iron Fist,” “Masters of Sex,” “NCIS: LA,” “The Bold and the Beautiful,” “Modern Family,” “Agent X,” “Bad Judge,” “A to Z,” “Switched at Birth,” “Bored to Death,” and “Only Children.” He holds a BFA from Boston University.

Wesley Taylor is the co-creator/writer/star of “Billy Green,” “It Could Be Worse,” and Indoor Boys, which won the 2019 Indie Series Awards for Best Writing and Best Comedy Series. In addition to countless web content and sketch comedy, Taylor is a published playwright. His work has been produced by Manhattan Repertory Theatre, The Artists’ Exchange, the LGBT Center, and at New World Stages. As an actor, he is a Theatre World Award Winner, a Chita Rivera Award Winner, and an Outer Critics Circle nominee, having starred in the original Broadway casts of Rock of Ages, The Addams Family, and Spongebob Squarepants. Taylor’s television credits include “Smash” (26 episodes), “The Good Wife,” “The Tomorrow People,” “One Life to Live,” “Looking,” “I’m Dying up Here,” and “Difficult People.” He holds a BFA from North Carolina School of the Arts.