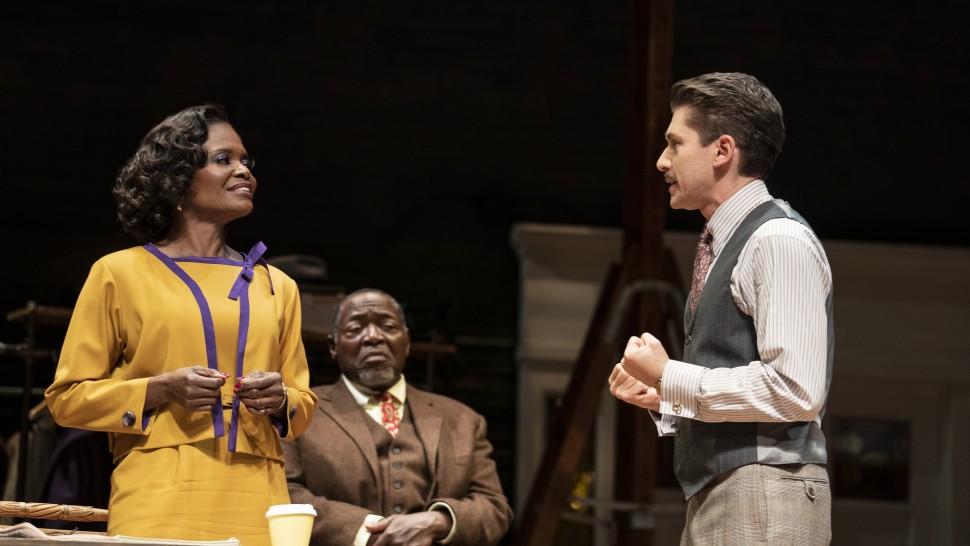 What are we willing to do to keep our dream job? How far should sexism or racism go and can it really ever be truly gone. That is what Alice Childress Trouble in Mind, which opened tonight on Broadway is asking.

Trouble in Mind is the questions we should have been talking about ages ago.

It took sixty-four years for Trouble in Mind to make it to Broadway, because Childress did not want to change her intention. As an actress Childress was on Broadway in the 40′ in Anna Lucasta and in the 60’s in The Cool World. Could this be how the premise of Trouble in Mind started? Childress, who died in 1994 never got to see her Broadway writing debut. Now the Roundabout Theatre Company presents a well acted, well directed tribute to her work and the women behind those words.

This play-within-a-play, is about Wiletta Mayer (LaChanze), a Black actress cast in Chaos in Belleville, a Broadway play in the 50’s. Wiletta has had a successful career playing maids and caricatures of people of her race. In the show Wiletta plays a mother to a Civil Rights activist John Nevins (Brandon Micheal Hall), whose work has angered a small town lynching mob. Wiletta originally tries to teach the newcomer on the ways of working on white Broadway. “White folks can’t stand unhappy Negroes, so laugh, laugh when it ain’t funny at all. You either do it and stay or don’t do it and get out.” Her words are a warning.

It seems the hotshot director Al Manners (Michael Zegen), a Hollywood success making his Broadway debut with this play about race relations is a hypocrite, to the nth degree. He comes on to Judy (Danielle Campbell) the young white actress and bullies his assistant (Alex Mickiewicz). In the meantime we have Sheldon (the marvelous Chuck Cooper) as an aging actor who just wants to keep the status quo. Millie Davis (a hysterical Jessica Frances Dukes)  who needs the money and spends it to make herself feel better over what she has compromised over. Then there is (Don Stephenson), a white soap opera actor who is the biggest racist in the play and Henry (Simon Jones), the elderly Irish stage doorman who sees all.

Charles Randolph Wright directs this piece with deft precision. Arnulfo Maldonado’s set is simplistic and perfect as are Emilio Sosa’s costumes. Kathy A. Perkins’ lighting design is spot on.

The moments that shine are Wiletta’s rapid-fire take on racist stereotypes Black actors are forced to portray; Sheldon recall of witnessing a lynching as a child; LaChance, Dukes and Chuck Coopers singing and LaChance’s moment of being fed up with a system that has minimized her enormous talent.

Suzanna BowlingNovember 26, 2021
Read More
Scroll for more
Tap
The Lehman Trilogy Rises Up High Into The Sky
Gone But Not Forgotten Theatres and Theatre Companies Part 6 The Final Chapter