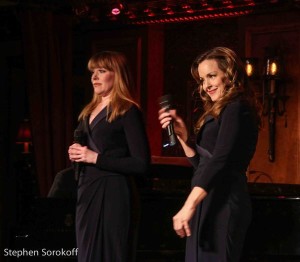 Side Show, may have only lasted less than 100 performances, but the two stars were nominated for Tony and Drama Desk Awards and have amassed a following of adoring fans. Since the cult musical Side Show, Alice Ripley and Emily Skinner have gone on to do shows of their own, but their audiences, want to keep them bound at the hip. The multitalented duo have listened to their adoring fans and have completed not one, but three albums and shows dedicated to their togetherness as well as their differences. The latest album “Unattached!” is also a cabaret show in which Skinner and Ripley shine. 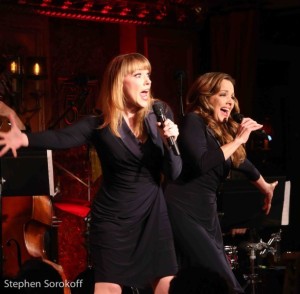 They both had lives after Side Show with Emily starring in The Full Monty, Dinner at Eight and Billy Elliot. Alice was recently seen in American Psycho, did the time wrap in The Rocky Horror Picture Show and won a Tony award for Next to Normal. As they reunite they are filling Feinstein’s/54 Below to capacity. The two have the audience in their hands from their opening number  “I Will Never Leave You,” from Side Show. Right off the bat they give the fans what they came for. Dressed in matching outfits the two have the crowd on their feet and like the energizer bunny these two keep the pace up and it is one fabulous ride. Together they sang a “Friendship” medley, blending songs by Stephen Sondheim, Cole Porter, Jule Styne and Henry Mancini and ribbing each other in a playful way. My favorite part of the evening was the “Best Friends” as in the theme song from “The Courtship of Eddie’s Father” done in a kazoo send off.  In“Bosom Buddies” from Mame the two continued their jesting, but ended on a sweet note with Carly Simon’s “Two Little Sisters.” 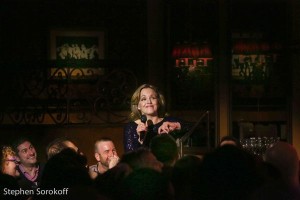 As the two performed solo Alice brought Harry Neilson’s “Life Line” from a show she did in San Diego last year and then switched roles to sing “As If We Never Said Goodbye” from Sunset Boulevard. Alice bleeds from the heart, the soul and every creates in-between. It is a complete breakdown that is so honest that you bleed with her. 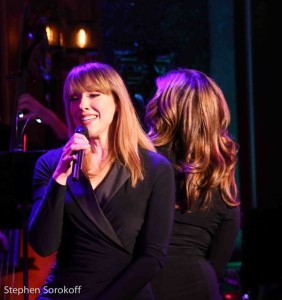 What Skinner brings to the table is a easy warmth mixed with humor. In her solo “I Don’t Need a Roof,” from the musical Big Fish, which she did on tour, you feel the longing of missing someone who is still here but on their way out. In Michael John La Chuisa’s “When It Ends” from the Wild Party she is witty, sarcastic, sexual and brutally honest about getting older, yet better.

This is a show not to be missed by theatre and music fans alike for they always come home and complete the journey.