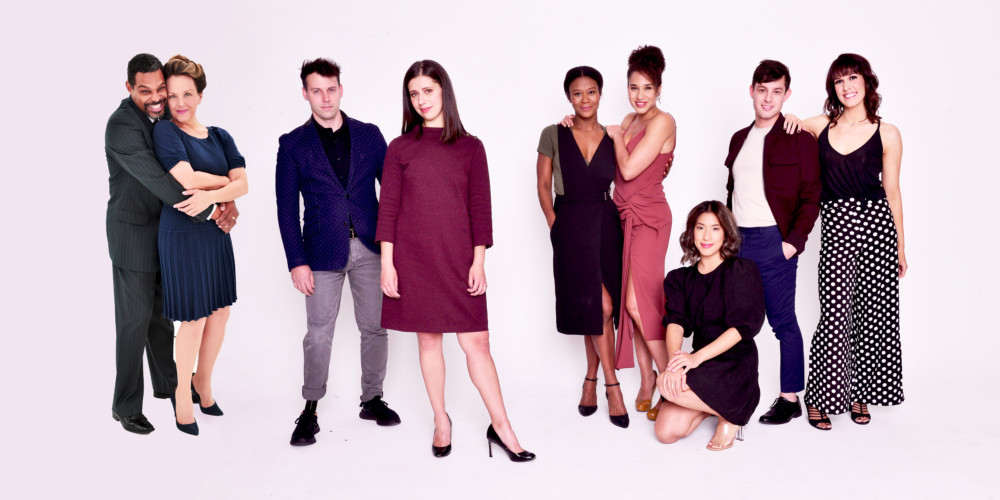 Out of the Box Theatrics (Elizabeth Flemming, Founder and Producing Artistic Director; Ethan Paulini, Associate Artistic Director), the five-year-old Off-Broadway theatre company, is pleased to announce a return engagement for its site-specific production of the Broadway musical Baby, starring Tony Award winner Alice Ripley (Next to Normal). The production, directed and choreographed by Mr. Paulini, will play from April 17 through May 10, 2020 in a 60-seat loft at Theatrelab (357 West 36th Street, 3rd Floor). Opening night is Monday, April 27.

With a book by Sybille Pearson, music by David Shire, and lyrics by Richard Maltby, Jr., Baby follows three couples on a university campus dealing with the painful, rewarding and unexpectedly funny consequences of the universal experience of pregnancy and parenthood. The couples include two college students, barely at the beginning of their adult lives; the thirty-somethings, having trouble conceiving but determined not to give up; and middle-aged parents, previously looking forward to an empty nest when an unexpected night of passion lands them back where they started.
Alice Ripley earned rave reviews and the 2009 Tony Award for Best Actress in a Musical as well as Drama Desk and Outer Critics Circle nominations and a Helen Hayes Award for her performance as Diana Goodman in the Pulitzer Prize-winning musical, Next to Normal. Her Broadway credits also include American Psycho, The Rocky Horror Show, James Joyce’s The Dead, Side Show (Tony and Drama Desk Award nominations), Sunset Boulevard, King David, The Who’s Tommy, and Les Misérables. Her credits with Out of the Box Theatrics include Baby and The Pink Unicorn.

Baby played a limited engagement at a midtown loft in December 2019, where the run was extended by popular demand. This return engagement will allow more theatregoers to experience the intimate production. In addition to Out of the Box Theatrics’ policy of casting a diverse company of actors, regardless of gender, race, creed, ethnicity, or disability, the middle couple of Baby is now a same-sex partnership.

The original Broadway production of Baby opened at the Ethel Barrymore Theatre in 1983, where it received seven Tony Award nominations, including Best Musical, Best Original Score and Best Book of a Musical. The smart and tuneful Maltby-Shire score has become a favorite of theatre fans over the years, including such songs as “I Want It All,” “The Story Goes On,” “I Chose Right,” and “Patterns” (dropped from the original Broadway production, but reinstated here). Baby was based upon a story developed with Susan Yankowitz. The original Broadway production was directed by Richard Maltby, Jr., and was produced on Broadway by James B. Freydberg and Ivan Bloch, Kenneth John Productions Inc., and Suzanne J. Schwartz, in association with Manuscript Productions.

Tickets for Baby can be purchased at www.ootbtheatrics.com.