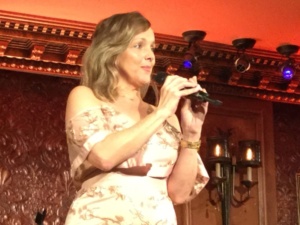 Back by popular demand after several sold out engagements! New York City — they could never leave you. Alice Ripley and Emily Skinner are UNATTACHED! and ready to tear the paint off the walls of Feinstein’s/54 Below with both new material and some of their old favorites. The 2016 premiere of this show at Feinstein’s/ 54 Below marked these two leading ladies’ first performance together in NYC in nearly nine years. Powerhouse performances, reminiscing, and memory make it an unforgettable evening. And if you saw Unattached last time… expect some new surprises!

Alice Ripley and Emily Skinner received a Tony Award co-nomination for their role(s) as the conjoined twins, Daisy and Violet Hilton, in the original Broadway production of Side Show. Separately, Alice and Emily have starred in numerous other Broadway shows including The Full Monty, Next To Normal, Billy Elliot, The Rocky Horror Show, and many more.

It will be a concert to remember.

SPECIAL NOTE FOR 12/6 PERFORMANCE: Bar Seats and Bar Rail Seats will be available after 5:45pm on the date of this performance. 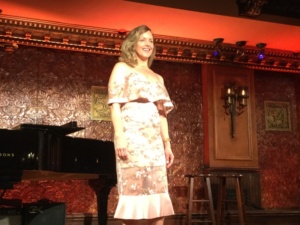 As a preview to the concert her is Alice Ripley singing from Harry Nilsson “Lifeline” from “The Point.”

Suzanna BowlingJanuary 24, 2023
Read More
Scroll for more
Tap
Romantic and Meaningful Love Quotes For Her To Help Win Her Heart
The Final Rehearsals Have Been Completed For The Macy’s Thanksgiving Day Parade