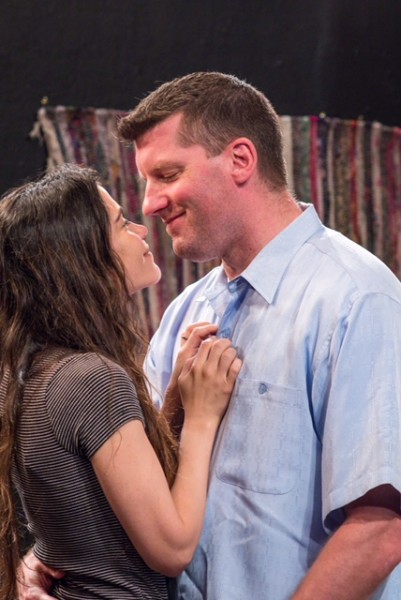 All the Kings Horses a Brutal Portrayal of Abusive Relationships

All the Kings Horses a Brutal Portrayal of Abusive Relationships 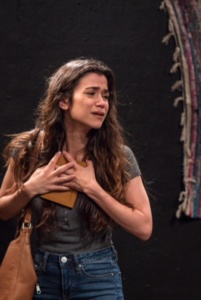 Pamela Scott’s dramatic play All The Kings Horses is a deep look at how women get embroiled into abuse. Patty (Erika Longo), a waitress is living with Richie (Gregg Prosser), a mobster who manipulates her to the hilt.  From the moment we meet this couple, it seems like a problem about to escalate out of control. Patty, has been emotionally and financially taking care of Richie, as the Mob is out for his immediate death after having almost fatally shooting him, twice. This career criminal has been offered clemency through the Witness Protection Program. He has told Patty that she needs to join him as the mob is also after her. Richie promises to go legit, with marriage, kids and the good life all subsided by “the feds”. Patty buys into this even though he has lied multiple times and has been physically abusive to her. As time passes Richie cons Patty in so many ways that the abuse starts to feel old hat. In the Witness Protection Program Richie’s personality seems to get darker and now he wants to use Patty for more criminal activity. Nothing Richie has said or will say will ever say will be the truth. Thankfully the Federal Agent (Kerry Mc Gann) has hope for Patty and in the end helps Patty to escape. 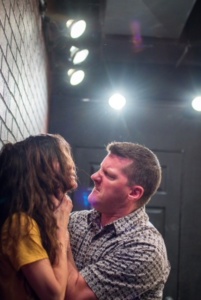 This play is difficult to watch, as the way Patty allows this low life human being to use her is frightening. Patty’s unfailing love for this man Is heartbreaking, as he shows her little to no respect and uses sex as a weapon. 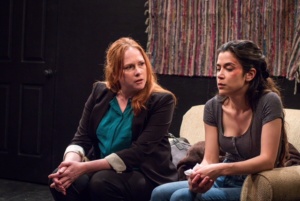 Ms. Longo makes us care for Patty, as Mr. Prosser paints a brutal picture of a psychopathic male. Standing out is Ms. Mc Gann who starts out as an unfeeling officer, to a compassionate unrelenting force of good. 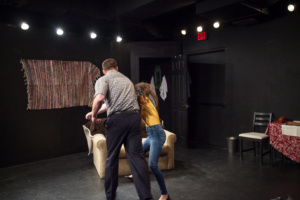 Ms. Scott’s words and play ring true. This should be playing for abused women everywhere. All The Kings Horses, will help victims see how they are caught in a web of isolation, belittling, shame and self-hatred. Ms. Scott shows the switch from extreme kindness to being a monster; as Patty feels compassion as Richie apologizes; holding on to hope that he will change.