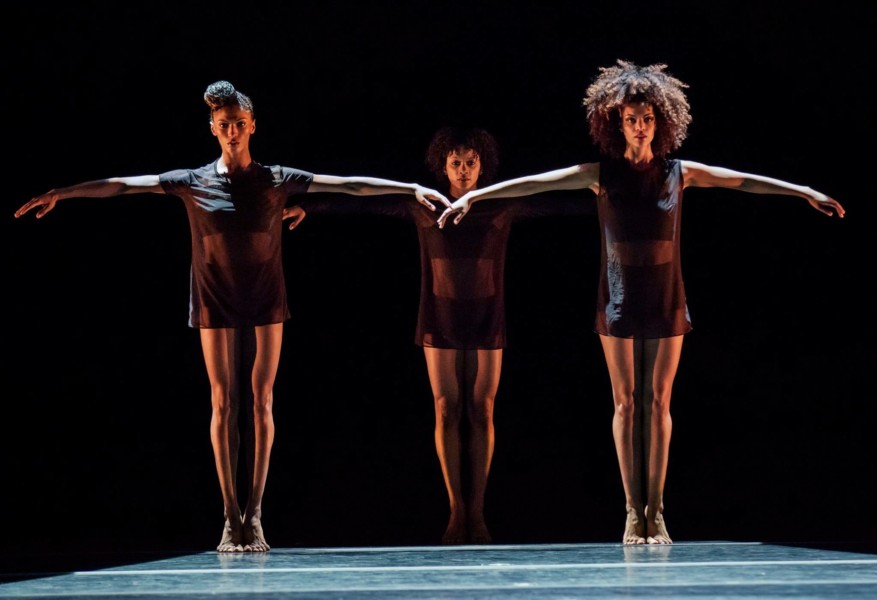 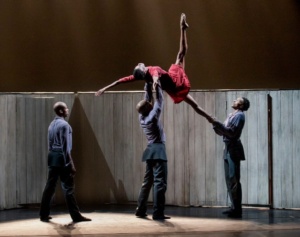 Once again, the stage erupted with passion and grace, power and excellence.  Clearly, I can only be talking about the annual return of the Alvin Ailey American Dance Theater to Chicago. Founded in 1958, this multi-racial modern dance ensemble continually tours globally and is returning to the Windy City for the company’s 47th appearance at the Auditorium Theatre. Almost three dozen dancers make up the core company, each gracing the stage at the Auditorium Theatre for a night of commanding and passionate modern dance. Alternating a total of six unique pieces over five consecutive nights, the Alvin Ailey dancers blend their distinguished, eminent and diverse fusion of ballet, modern dance, jazz and African dance techniques, paying homage to African culture through movement. Led by Artistic Director Robert Battle, this troupe is truly a sight to behold. Their powerfully physical aesthetic is absolutely spellbinding. Each night this show will alternate from six unique pieces,  showcasing a quartet of premieres for their captivated Windy City audiences. 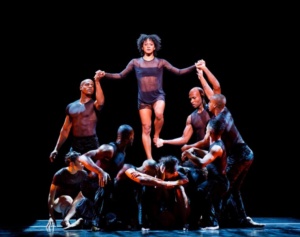 The opening number was a Chicago premiere titled “Deep” a new work by Mauro Bigonzetti. Backed with music performed by rising global music talents Ibeyi, and dressed in sheer and sexy black costumes also design by Mauro Bigonzetti, the piece began with a trio of women center stage, unified and defiant arm work lead to the eventual joining on stage by the remaining troupe. Alternating between cohesive dancing in groups, then split in individual vignettes featuring just couples, this opening number was strong and sexy, defiant and triumphant. Ending with the men on their knees and the women rebelliously strutting away. Beyoncé herself couldn’t have envisioned more unified feminine power on stage. Accents of club style dancing, vogue-ing, impressive lifts and more also peppered this initial routine. Dubious yet defiant, more powerful than overtly flirtatious. Accented by Carol Cerri’s ambitious lighting, this premiere ushered in a night of strongminded movement. 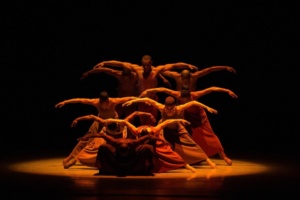 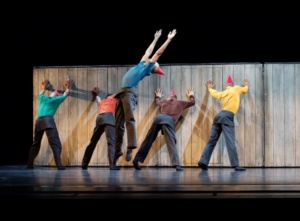 The third segment “Ella” was another Chicago Company premiere.  Robert Battle’s tribute to renowned performer Ella Fitzgerald was set to the song “Airman Special” and celebrated the life of the legend. Jacquelin Harris and Megal Jakel took the stage in a furry of quick and powerful movements. Adorned in tight fighting Jon Taylor costuming, the duo performed quick, sharp moves, as if they were both jazz notes brought to life through dance. The shortest and most explosive routine of the night, the conclusion included both women falling to the stage. I was exhausted just watching them from my seat. 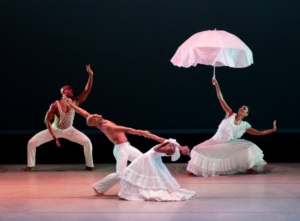 The final piece, “Revelations” is the traditional closing number to all of the Alvin Ailey shows. This must-see performance featured multiple vignettes set against the music of  African American spirituals, song-sermons, gospel music, and holy blues. With décor and costumes by Ves Harper and lighting from Nicola Cernovitch, the troupe used a cornucopia of accessories; large fragments of fabric, umbrellas, hats, and hand held fans to help communicate their stories. Eighteen dancers in all took the stage to celebrate the unique and recognizable quintessential choreographic style that is distinctively Alvin Ailey. A breathtaking combination of strength of body and fury of soul, Alvin Ailey American Dance Theater is an institution enthusiastically welcomed to the Windy City anytime. 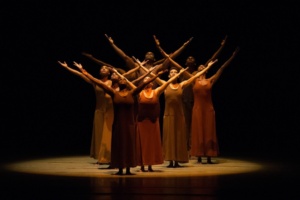 What to Watch: June 3 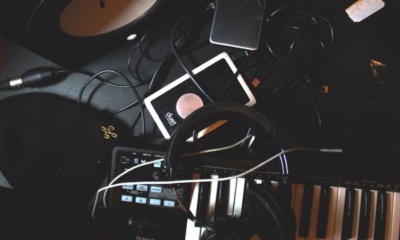