Amanda McBroom’s Show at Birdland Drew In The Other Songbirds

Amanda McBroom’s Show at Birdland Drew In The Other Songbirds

I first fell in love with Amanda McBroom’s music in 1999, when I was given the album “Portraits” and immediately started performing “Hot In Here”, “Make Me A Kite” and “Ship in a Bottle”. I was excited to introduce the producer Pat Addiss to her music and was not surprised to see Karen Akers, Marilyn Maye and Haley Swindal in the audience. Songbirds always know, who to watch and learn from, especially since Ms. McBroom, is a prolific songwriter along with her musical director Michele Brourman, who also played piano. Amanda was there as part of The Broadway at Birdland concert series. Her show called “My Favorite Things,” started with the fabulous “Take a Bite” by Brourman and Karen Gottlieb. The lyrics to this song were absolutely delicious, as McBroom paid tribute to Anthony Bourdain. From the  “Portraits”  album came  “Ship in a Bottle”, “done to perfection with that plaintiff longing, so evident. McBroom knows how to build a song and she capitulates you with her spot on diction. 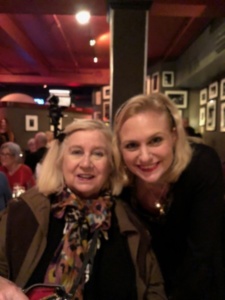 Her newest song “Eggs” is a swinging jazz tune, with sexual overtures, which made this very funny number, a hoot to watch. She followed this song with her oldest song “Crimes of the Heart” again from the “Portraits” album. 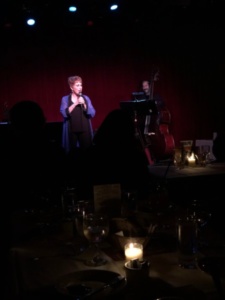 In tribute to her late musical partner, Joel Silberman who recently passed away she performed “This Time Around”. 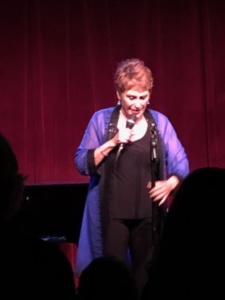 Alan Chapman’s “Everyone Wats to be Sondheim” was followed by a wonderful arrangement of Sondheim’s “Send In The Clowns” with Jered Egan on bass. Interestingly when McBroom sings other writers songs, you can really she how she connects to a lyric and make it her own. This was a masterclass in progress. 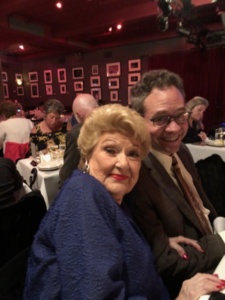 Next up was a wonderful story of Marilyn Maye who was right there to hear, which lapsed into “Congratulations” by McBroom and Brourman. 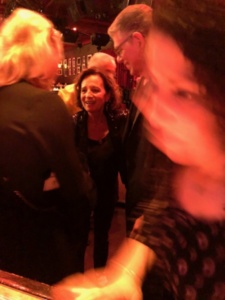 The odd “Baby in a Box”, by McBroom was just too weird for me, but sung wonderfully acapella. 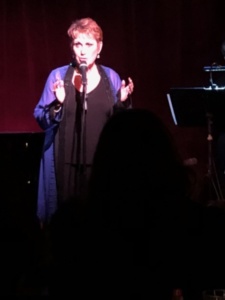 “No Fear” again from my favorite album was requested by her husband, George Ball. 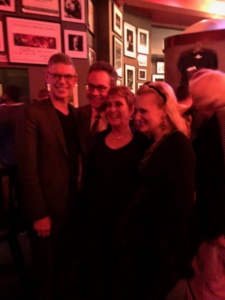 “Strange Days,” by McBroom and Brourman hit on Trump and outed Oprah Winfrey.

Oleta Adams and Susannah McCorkle made “Evolution” by Ivan Lins and Brock Walsh popular and McBroom has taken this piece on.

I have never been a fan of the Jaques Brel and Eric Blau song “Carousel”, but Ms. McBroom captured every piece of acting to be taken from this song and made it magical. This was tour de force performance. 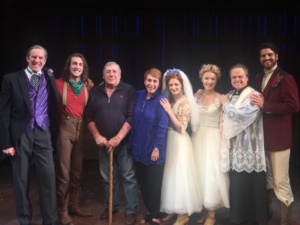 Amanda was thrilled to meet Pat Addiss as she had visited and loved the show Desperate Measure.

Not letting those who came to hear her most famous song down, McBroom’s favored the audience with an award-winning rendition of “The Rose”, made famous by Bette Midler. McBroom kept the piece to it’s simplicity, drawing out the lyrics and caressing them.

She ended the show with her last Joel Silverman collaboration “New York at Night.” This is the piece on the video. 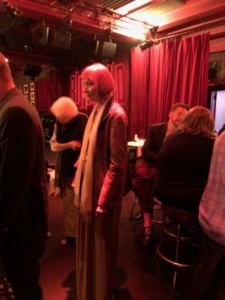 Together with Michele Brourman and Jered Egan on bass, this was a night that all the other songbirds kept quite and observed a master.

Both McBroom and Brourman have albums coming out and  Brourman will be performing at Pangea on 2nd Ave off 11th Street this Saturday.

As the night ended, I got a peak into the new space at Birdland. 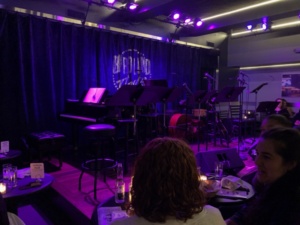 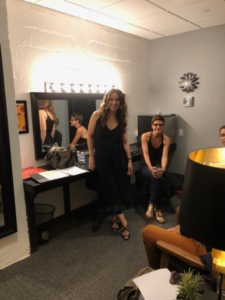 The dressing room with the fabulous Jen Colella