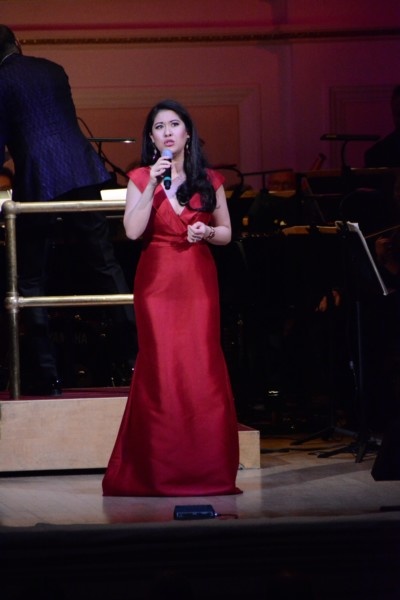 Tony Award-winning actress Ruthie Ann Miles announced on Instagram that she and her husband Jonathan Blumenstein announced  “We are expecting another child this spring!” This news comes two years after her daughter and unborn child were killed from a run away car. 44-year-old Dorothy Bruns, who had multiple sclerosis, suffered a seizure behind the wheel and lost control of her car and ran a red light in 2018. Miles was 39 weeks pregnant at the time and lost her baby as a result of her severe injuries.

Miles shared the news after grieving the loss of her four-year-old daughter Abigail.  Miles, is married to Jonathan Blumenstein, announced the news on Instagram, writing: ‘We are expecting another child this spring!’

Miles in her letter states: ‘Thank you especially to the many of you who supported us in the aftermath of the crash, continually lifted us up in prayer, and doused us with Love, encouraged us, let us be & grieve these two years…and now rejoice with us in this new life.”

Miles, won a Tony Award for her role in The King and I and starred in TV show “The Americans,” paid tribute to the two children she lost, saying: ‘We know Abigail Joy and Sophia would have loved being big sisters & are watching their family grow.’

Bruns, who was found dead several months later of an apparent suicide in November 2018. She struck Miles, her friend Lauren Lew, her one-year-old Joshua Lew and four-year-old Abigail in the middle of a pedestrian crosswalk on 9th Street and Fifth Avenue in Park Slope, Brooklyn. The children were both killed.

We are so happy for this good news