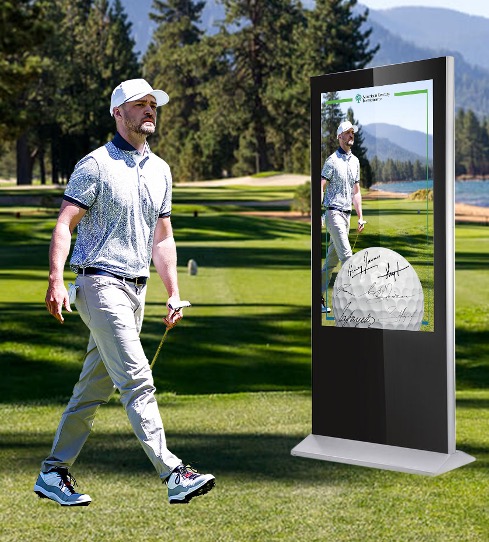 “We look forward each year to the American Century Championship, an amazing tournament with exciting celebrities in a beautiful setting. We have enjoyed 24 years as the title sponsor, and each year we work to improve the experience, making it more engaging both for fans at the event and those watching on television or online,” said Erik Schneberger, chief marketing officer of American Century. “This year, we are excited not just to bring back the fan-favorite ACC Fantasy Golf, but to launch our first-ever NFT charity auction. NFTs are ripe for significant innovation, and we see this as a great opportunity to pioneer an application of NFT technology at the tournament to broaden and deepen fan involvement while furthering our commitment to contributing to life-changing medical research.”

New this year, American Century has created an NFT charity auction. Celebrity players will be invited during practice round days to digitally autograph a virtual golf ball using gesture-based technology within a custom kiosk. The NFT for auction will be the digitally autographed virtual golf ball. Utility value built into the NFT will include a trip for two to Edgewood Tahoe as well as a 3D-printed version of the celebrity-signed golf ball enclosed in a Lucite box. One hundred collectible NFTs, also in the form of autographed virtual golf balls, will be available at predetermined prices. The NFT auction and 100 collectible NFTs will be blockchain minted on the Sweet.io marketplace. One hundred percent of the net proceeds from the auction and sales will be donated to the Stowers Institute for Medical Research, a world-class biomedical research nonprofit dedicated to defeating life-threatening diseases.

WriterAugust 10, 2022
Read More
Scroll for more
Tap
PRIDE in New York City with Museum of Arts and Design
Get Ready For The Songs of Dorothy Dandridge! The Musical