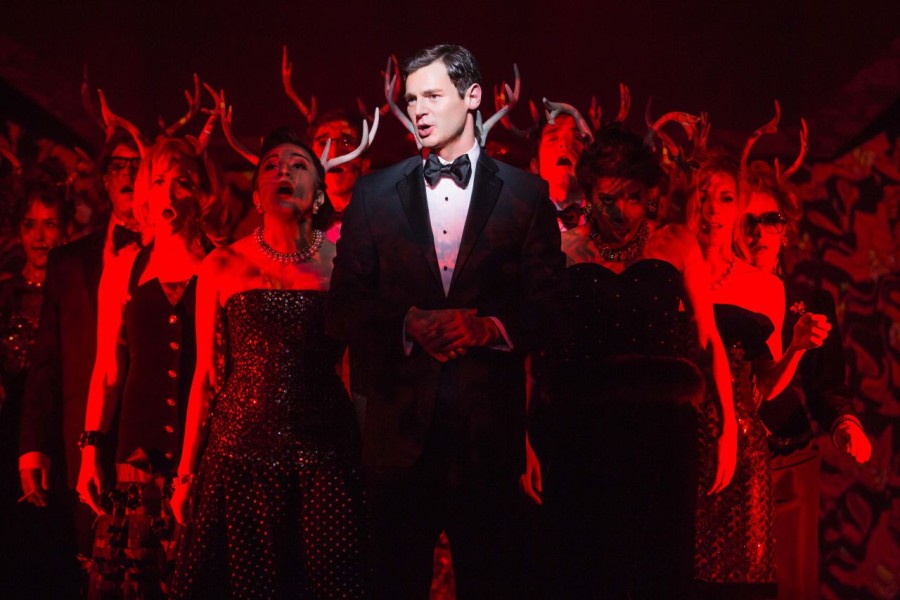 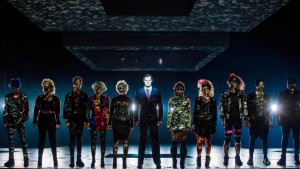 When a Broadway show touts it is about fashion in it’s opening lines, it better know its stuff, and unfortunately American Psycho hasn’t a clue. One girl is in a variation of Herve Leger’s bandage dress, which is really annoying as he didn’t start production until late 89’ and the show is set in Manhattan during the Wall Street boom of the late 80s. The protagonist of the story Patrick Bateman wears a sharp pin striped suit with brown shoes, which stood out like a sore thumb. What was described were suppose to be dark purple, which would have been in fashion. For an arrogant, self obsessed serial killer, he would have known better. 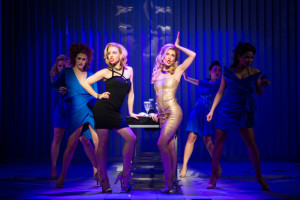 Helene Yorke and Morgan Weed, The girl in the Herve Leger knock off

Based on Bret Easton Ellis’s 1991 novel about American capitalism this version is all but stripped down to a sanitize satire by Roberto Aguirre-Sacasa. We follow the descent of mergers-and-acquisitions genius, the charismatic Bateman (Benjamin Walker), who has girls falling for him as he juggles a his materialistic fiancée (Helene Yorke) and her best friend (Morgan Weed, The girl in the Herve Leger knock offs) who is one of his f**k buddies. He is snobbish in his desire for the best life has to offer. He keeps his body fit while indulging in coke and prostitutes. Obsessed with Ted Bundy and the horror flicks of the day, they take on a brand new aspect. When Bateman is one up’d by another broker (Drew Moerlein), he starts out on a murderous killing spree or does he? 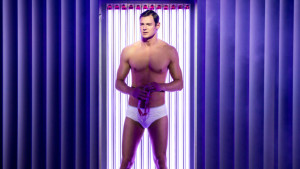 The cast is well put together with Jennifer Damiano as Bateman’s secretary adding a gentler side. Her voice is beautiful and torchy singing the score. Alice Ripley as Patrick’s mother does what she can with a thankless role. Theo Stockman makes his role as best friend, stand out. Helene Yorke is perfect as the Upper East Side biatch. Walker sings extremely well, moves fantastically and is clad a lot in white briefs, with or without blood. This will add to the appeal of a lot of different types.

This is not your family kind of entertainment with a disturbingly large serving of murder through rape, torture and cannibalism. It shows shallowness, viciousness and capitalism slickly tied in with Es Devlin’s chrome-and-plastic set and Finn Ross’s MTV world. Sheik’s songs are intertwined with Huey Lewis, Phil Collins, Tears for Fears and popular songs of the day. The result is a sloppy score. I did like the choppy choreography of Lynne Page, who brought a unique look to dance.

Aguirre-Sacasa captures the dialogue and at times it is witty. Rupert Goold’s direction is spot on and he keeps the show blissfully moving along so that the horror breezes right past you. He makes us wonder is Patrick’s murdering spree is imaginary so we can walk out into the New York night or day with our sanity.

What is missing is the AIDS crisis and all the things the original source material had to say, what is left is a shiny package that gay men and adolescent boys will love.