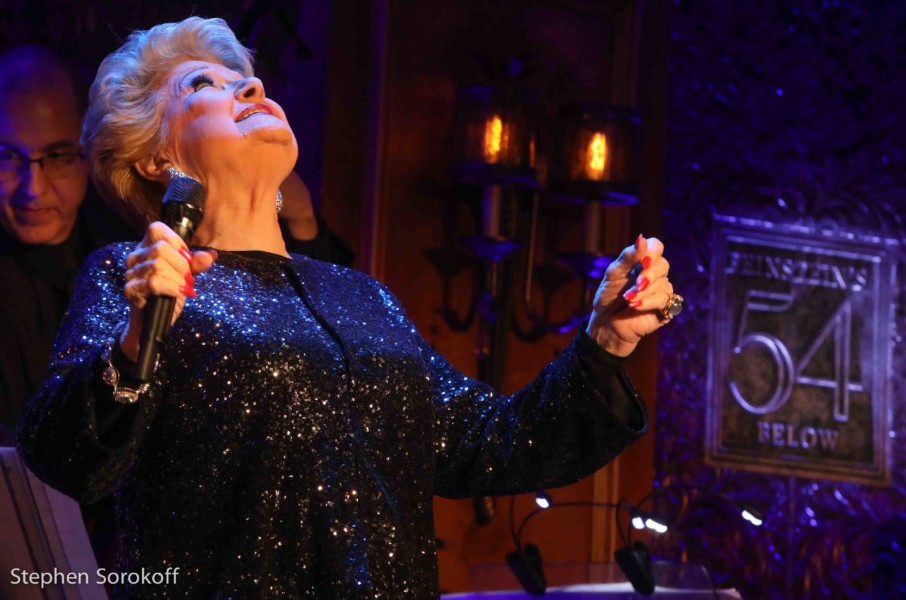 The American Songbook Association (ASA) is proud to present its first Annual Gala, The Joint Is Jumpin’!, a joyous celebration of contributions to the American Songbook by Black songwriters and notable singers. The ASA will also present its first annual Lifetime Achievement Award to singer Marilyn Maye. The award will be presented to Maye by her longtime friend, fashion designer, Bob Mackie. The event takes place at The Irene Diamond Stage at The Pershing Square Signature Center, 480 W. 42nd Street, New York City, on September 17, 2018 at 7:30 PM. Tickets, available by going to www.americansongbookassociation.org, are $150, $125 and $45.

Starring in The Joint Is Jumpin’! – Celebrating America’s Black Songwriters and Singers are a host of Broadway and Cabaret stars, including Danny Bacher, Aaron Lee Battle, Natalie Douglas, Maurice Hines, Cady Huffman, N’Kenge, Nicolas King, Joel A. Martin, Ken Page, Vivian Reed, Kissy Simmons, Stacy Sulivan and Jon Weber. * ASA Lifetime Achievement Award recipient, Marilyn Maye, will also perform a special tribute, with her Music Director Tedd Firth at the piano. Additionally, a Gala reception will be held after the concert in the sumptuous lobby of The Pershing Square Signature Center. Patrons can indulge in dessert fare with beverages from the cash bar.

Host of The Joint Is Jumpin’! – Celebrating America’s Black Songwriters and Singers is Todd Murray, with Music Director Eugene Gwozdz on piano and Mark McClean on drums, with soprano saxophone contributions by Danny Bacher. Featured will be the music and songs of Duke Ellington, Billy Strayhorn, Fats Waller, Eubie Blake, W.C. Handy and more.  Represented will be iconic singers such as Ella Fitgerald, Nat King Cole, Bessie Smith, Billie Holiday, Louis Armstrong, Bobby Short and others. The Gala Honorary Committee is chaired by The Honorable David N. Dinkins, former Mayor of the City of New York, and co-chaired by Evelyn Jones Rich, prominent educator and civil rights activist.

“In planning our first gala, our Board of Directors felt it was extremely important to spotlight the enormous contributions to the classic American Songbook made by African Americans,” said ASA Executive Director, Marilyn Lester. “Names like Ellington, Strayorn, Waller and others are known, of course, but may not be as much in the forefront as Berlin, Gershwin or Porter. The music catalogues
of all of these great songwriters needs to be equally known and indelibly preserved for future generations.”

The first ASA Lifetime Achievement Award, presented to noted singer and Grammy nominee Marilyn Maye, recognizes a body of work that spans most of her 90 years. Maye began singing at age 9 and has dedicated her life to performance. Still going strong, the “Marvelous Marilyn Maye” has  given over 100 concerts in nearly a decade in New York City alone. She holds the record for most appearances by a singer on The Tonight Show Starring Johnny Carson – an astounding 76 times. She is the recipient of many awards and accolades for her singing, as well as for acting and mentoring of talent. The ASA Lifetime Achievement Award wil be presented to Maye by her longtime friend, the noted fashion designer, Bob Mackie.

The American Songbook Association Inc. is a 501(c)(3) nonprofit incorporated in New York State, which seeks to preserve, promote and advance the legacy of American popular music, the Great American Songbook (classic and new), and the unique art form of cabaret. The ASA publishes the long-established Cabaret Scenesmagazine, conducts educational programs in New York City public schools, and creates performances serving its audience of seniors, students and others. We strive to inspire, transform, empower and create torchbearers for future generations so they may understand, appreciate and embrace the historical and cultural importance of America’s rich musical heritage. Learn more at www.americansongbookassociation.org

The Joint Is Jumpin’! – Celebrating America’s Black Songwriters and Singers is at The Irene Diamond Stage at The Pershing Square Signature Center, 480 W. 42ndStreet, New York City, on September 17, 2018 at 7:30 PM. Tickets, available by going to www.americansongbookassociation.org, are $150, $125 and $45. There is a gala reception after the concert for all  Gala patrons in The Pershing Square Signature Center lobby space.