On December 13th Lebanese tenor Amine J. Hachem makes his Carnegie Hall debut in “A Middle Eastern Christmas: From the Mediterranean to Americas” at 8PM in Weill Recital Hall. “A Middle Eastern Christmas: From the Mediterranean to the Americas” is not your typical holiday concert, “A Middle Eastern Christmas” is a musical voyage inspired by Amine’s life journey, growing up in Lebanon and the United States, and coming of age in Europe and the Middle East. In addition to Christmas favorites, Hachem will survey early musical influences ranging from great operatic tenors to rock icons. The eclectic program features operatic arias and popular hits interpreted through Amine’s unique Franco-Arabic perspective, blending elements from Latin, Jazz, American Pop, European classical, Russian folk and traditional Arabic music.

T2C: What is a Middle Eastern Christmas? 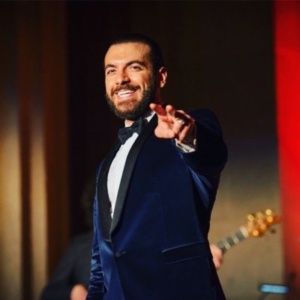 Amine J. Hachem: A Middle Eastern Christmas is basically my view. It is a Christmas show through my middle eastern perspective a blend of different cultures. In Lebanon we were influence by the French and the American’s. Christ was born in that region. It is a hopeful time for us. I want to get that message across.

T2C: What can we expect to hear? 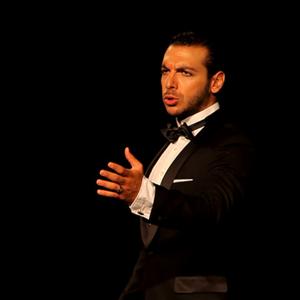 T2C: What is the difference between a Middle Eastern Christmas and an American Christmas?

Amine J. Hachem: The major difference is the culture. The color and the tools are different. The food, is a major part and it is vastly different. We sing different languages all in one carol. We sing carols, spend time in reflection, sharing the essence of the season. During Christmas time every house has a Christmas tree, even Muslim houses.

T2C: Where else have you performed?

Amine J. Hachem: All over the world; Lebanon, Europe, The MGM Grand Casino, The UN The Henry Ford Museum, The Ballagio in Las Vegas, The Andrew Mellon in Washington DC and 54 Below last Christmas.

T2C: You sing in a variety of styles what is nearest and dearest to you heart?

Amine J. Hachem: If I must say, I would choose opera. I especially love Puccini, Verdi and Bizet.

T2C: They say that eyes are the windows of the soul, but I think songs are. What songs describe who you are?

Amine J. Hachem: There is a particular “Un di all’azzurro spazio” from the opera Andrea Chénier’. It is one of the most beautiful composed songs about love. His view of love and his wonderful poetry is so interesting. Love is about the love of nation; the love of when the sun hits your face, every detail of love, not just in the romantic sense.

Amine J. Hachem: I am currently working on my first album. I am also preparing to major roles McDuff from Macbeth by Verdi and Major Pinkerton from Madame Butterfly.

T2C: Who and where did you play in Phantom of the Opera?

T2C: What is your New Year’s wish for the world?

Amine J. Hachem: To be hopeful for a better day. Without hope we have nothing. 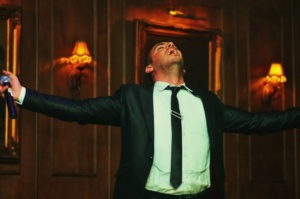 In talking to Amine, I learned a fact that I found so interesting I have decided to share it. There are 20 million Lebanese who live abroad and only 4 million citizens in Lebanon. Most are Christian. During the season about 2 million Lebanese go back home to be with family and friends, which means the population doubles in size during the holidays. When I asl Amine why so many leave his answer was “We are hungry for life.”