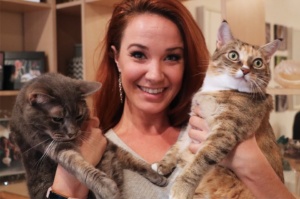 Sierra Boggess with Celie and Olivia by Jessica Fallon Gordon

Rudetsky will be awarded the Humane Society of New York’s Sandy Award in recognition of his deep concern and support of the needs of rescued animals.  (The multi-talented Rudetsky will also serve as host and music director, as he has for the past four benefits). 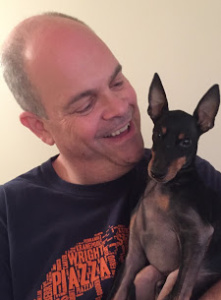 Seth Rudetsky spent many years on Broadway as a pianist and conductor as well as two years as a comedy writer on “The Rosie O’Donnell Show” (three Emmy nominations).  He is the afternoon deejay on the SiriusXM Broadway channel as well as the host of “Seth Speaks.” He’s performed his show, Deconstructing Broadway in London, Boston (Irne award) and L.A. (with Barbra Streisand in the audience!), and co-wrote and co-starred in Disaster! on Broadway, which was a NY Times Critic’s pick. He wrote Seth’s Broadway Diary Volume 1, 2 and 3 (Dress Circle Publishing) also authored two young adult novels; “My Awesome/Awful Popularity Plan” and “The Rise and Fall of a Theater Geek” (Random House).  He has a rescue kitty from City Vet, two rescue doggies from Animal Care Center and a new rescue  doggie named Mateo whom he and his husband James met when they organized an outing to the local animal shelter in Puerto Rico during a stop on Seth’s Big Fat Broadway Cruise. In 2016, he and James produced the “What the World Needs Now Is Love” recording with Broadway Records featuring Idina Menzel, Audra MacDonald, Gloria Estefan and so many more, to help the victims and families of the Orlando shooting. On Inauguration Day 2018 they started Concert for America, a monthly concert which benefitted five civil/human/environmental charities. They are now doing salons around the country to help flip districts Blue!  Seth’s deconstructing videos can be found on sethrudetsky.com

The Tony-honored animal trainer Bill Berloni’s rescued animals have starred in many of Broadway, television and Hollywood’s biggest shows and movies, starting with the original Sandy in Annie in 1977, to The Ferryman on Broadway. Bill is the recipient of a special 2017 Drama League Award for “Unique Contribution to the Theatre,” and has received special recognition from the Outer Critics Circle.  Bill and Dorothy Berloni met over twenty years ago and have been rescuing and training animals ever since. Their new musical Because Of Winn Dixie had its most recent run at the Alabama Shakespeare Festival in January 2017, where it was called “A Triumph” by USA Today.  It is the first theater piece to showcase the human/animal bond using a real rescue dog as the star.  The Berloni animals (who are all rescued), their family and the Humane Society of New York have been showcased in the reality series “From Wags to Riches with Bill Berloni” on the Discovery Family Channel. Bill and Dorothy focus their efforts on helping the Humane Society of New York, where Bill is Director of Animal Behavior and Training. Once again, they are bringing their two worlds together – the Humane Society of New York and Broadway – to help raise money for animals in need and recognize people who champion animal welfare.

Best in Shows will be held on Monday, October 15 at Feinstein’s/54 Below, 254 West 54th Street (between B’way and 8th Ave).  Doors open at 6 pm; the show begins at 7 pm.  All tickets include an open bar and small plates. Discount Early Bird tickets available by calling: (646) 476-3551; Regular priced tickets will be available starting September 5th.  For further information, visit www.humanesocietyny.org.

Program and performers subject to change. 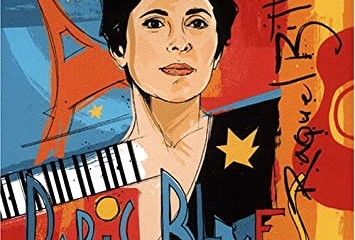 What to Watch in The New Year: February 15 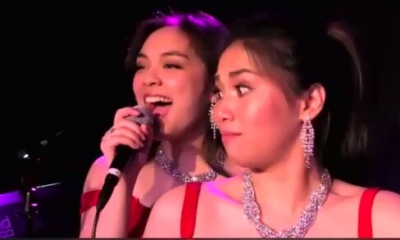