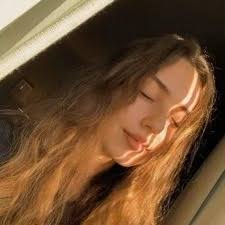 No stranger to the stage, Anaïs has been performing since age 8. After winning the 2016 Forte International Competition’s Platinum Award at Carnegie Hall, Anaïs won Second Place at Michael Feinstein’s Great American Song Book Academy competition in Carmel, Indiana in the summer of 2018, and First Place at the Mabel Mercer Foundation competition, in New York, in March of 2019.

This year, Anaïs released her debut album, Lovesome Thing: Anaïs Reno sings Ellington & Strayhorn accompanied by the Emmet Cohen Trio which received critical praise across the world. She just graduated LaGuardia High School and in the Fall, she is attending SUNY Purchase studying Jazz Voice. Being the small town that New York is, Malinverni is the Program Head Department Chair of Jazz Studies at Purchase College.

Anaïs will be singing select songs from the Top 10 album such as, “I Ain’t Got Nothin’ But The Blues”, “Still in Love”, and favorites such as “Angel Eyes” and “Embraceable You”, among others.

The Cutting Room is a great sounding room where established players spontaneously show up and play and up and comers get heard by the right people. Visually it’s art meets music.

Tickets for “An Evening with Anaïs Reno” are $20-$25 and are available at: https://www.eventbrite.com/e/an-evening-with-anais-reno-tickets- 162451186873?aff=ebdsoporgprofile