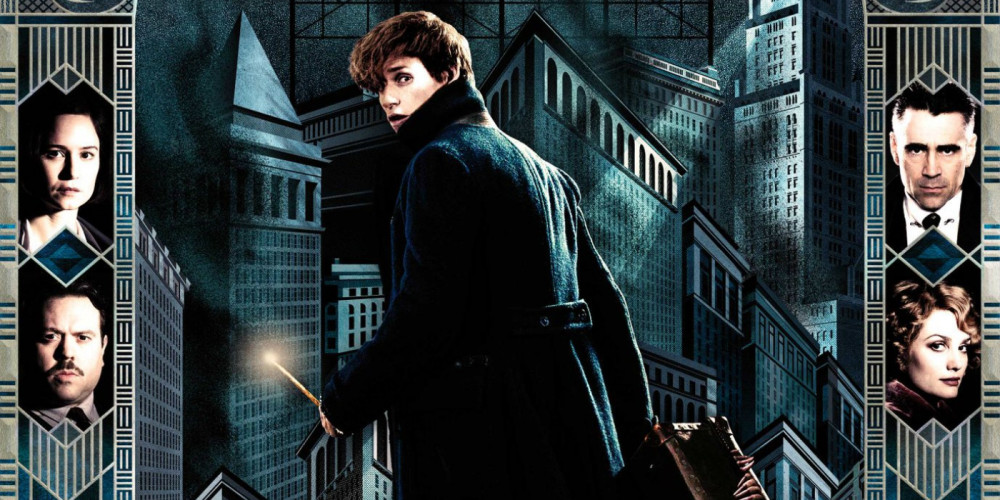 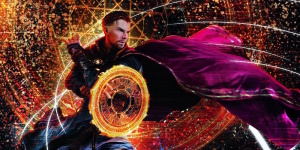 As I look back through the year — sourcing the films released and those I saw—  I’ve focused on one thread that ran through several films which reflected a “vibe” that attracted me to them. So rather than do a sweeping overview, I thought this focus would address the qualities that drew me to write about them.

Ruling the screens over the last month were two films clearly inspired by pre-Christian wizardry giving hope to pagans and film producers everywhere that possessing magical powers can pay off. Two other far-smaller production also draws their inspiration from mystical thinking as well as magical behavior. 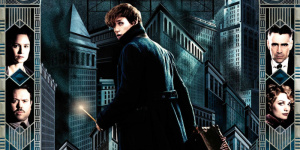 “Fantastic Beasts and Where to Find Them” and “Doctor Strange” revel in cinematic magic as well. Both are amply endowed with lavish CGI displays and digital dramatics. But these films also have something more going on than just elaborate special effects that show raging battles which destroy buildings and cars. They’re also filled with credible people who, in being possessed of amazing powers, offer mind-bending leaps in the suspension of disbelief.

In each case, the lead characters are motivated by more than mere power grabs (unlike our current President-elect). In this sort-of Harry Potter prequel, magical creature collector/savior Newt Scamander (Eddie Redmayne) lands in 1926 America — 70 years before the “Harry Potter” series begins — navigating New York’s world of wizards and witches while trying to recover various rare alien animals lost in the States. In the course of his efforts, he joins forces with renegade investigator “Tina” Goldstein (Katherine Waterston), her younger sister Queenie (Alison Sudol), and human No-Maj Jacob Kowalski (Dan Fogler) who inadvertently mixes with them and ends up aiding all in their various quests.

Actor Colin Farrell plays Percival Graves, a high-ranking official in charge of security and protection of wizards. Directed to tracking down Scamander, he seems to be Newt’s adversary. As the seeming antagonist, he appears powerfully skeezy but there more to the story than meets the eye.

In Marvel’s “Doctor Strange,” similar twists and turns leads audiences viewing the power struggle between the sorcerer supreme and his challengers to realize there’s more here than meets the eye.

After a tragic car accident nearly destroys the hands of incredibly talented yet egotistical neurosurgeon Doctor Stephen Strange (played by Benedict Cumberbatch), he searches for an alternative to conventional medicine to repair them. Eventually he learns of an ancient cult in the far East where he hopes to acquire their secrets of mind-over-matter, mystical powers and alternate dimensions. Once he finds the Ancient One (Tilda Swinton), she introduces him to the hidden realms where he sheds his ego and becomes a master sorcerer.

Returning to New York’s Greenwich Village, Strange becomes an intermediary between the real world and the world beyond, employing incredible metaphysical abilities to protect the known world from threats from beyond.

Each of these films draw on their particular fantastical universe as a touchpoint — but it is more tangential to the essence of each of these films than some of the other superhero films or even to the core Potter series. In their predecessors, key mythologies had to be established, illuminating the essential powers and costumes. But both films offer something more than usual CGI generated fare while still offering fantastical universes.

It’s a testament to these casts that, despite moments of occasional silliness, they lend each film both gravitas and a sense of fun. In the capable hands of “Fantastic Beasts” director David Yates and “Dr. Strange” director Scott Derrickson, each movie’s set of characters develop an emotional arc that’s well developed and sometimes reveal a subtlety not often found in such material. 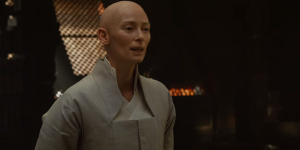 On an entirely different plane, “The Witch” addresses ancient notions of witchery, black magic and possession through a less judgmental mind than does traditional horror film while still employing the fantastic tropes rife in more conventional movies. A uniquely designed and sometimes hallucinatory new film, writer/director Robert Eggers’ feature debut premiered at the 2015 Sundance Film Festival winning its Best Director Prize in the U.S. Narrative Competition and was awarded with a release earlier this year.

“The Witch” tells of a family’s frightful unraveling in the isolated countryside of 1630 New England. It grittily envisions what this a God-fearing world was like decades before the tragic 1692 Salem witch trials, in which religious convictions were transform into criminal mass hysteria.

In this story, a rebellious English farmer is forced out of his colonial community, relocating his family to a remote plot on the edge of a dark and threatening forest. As the story unfolds, they begin to feel the impact and influence of a creepy presence which they come to believe is a hideous witch. As tortuous events ensure — crops fail, animal become seemingly rabid — one of their five children disappears and another seems possessed by evil. As suspicion and paranoia mount, the family ultimately accuse teenage daughter Thomasin (newcomer Anya Taylor-Joy) of becoming possessed by the witch — a charge she adamantly denies. Once things move on to the film’s horrendous conclusion — it forces viewers to questions their assumptions of the line between sanity and the supernatural.

Finally, another film released earlier this fall also posed a unique eye’s view of cinematic storytelling. Director Anna Biller’s “The Love Witch,” which debuted at the Rotterdam Film Festival and screened at BAMcinemaFest and Fantasia Fest, provoked both cast and audiences when the sexual side of witchcraft and paganism dominates the narrative. Employing an homage to the Hammer and AIP horror dramas of the late ‘50s and ‘60s, the film tells of beautiful young witch Elaine who looks for men to love her. Incessant in her efforts to use potions to draw those men to her, they’re eventually seduced and ultimately betrayed. When she finally meets the man of her dreams, her desire to be worshipped eventually pushes her to express her insanity with deadly results.