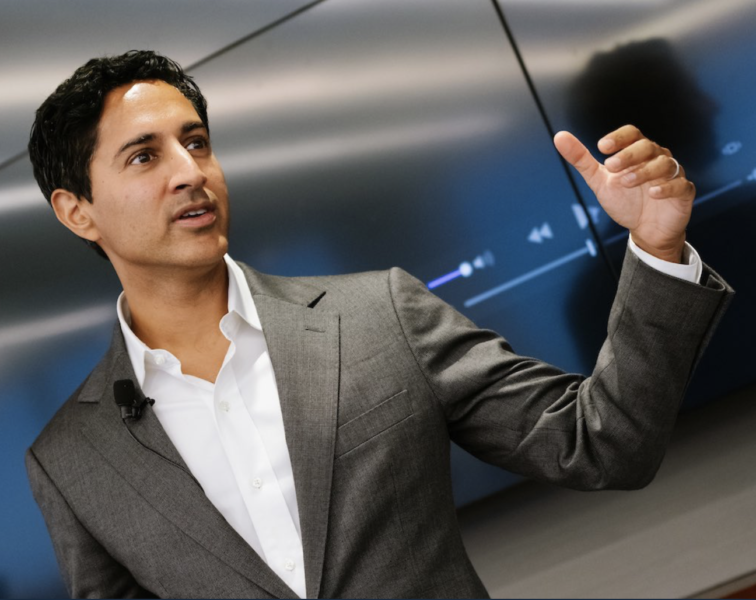 Bad Dates is by Theresa Rebeck, the most Broadway-produced female playwright of our time, and starring Drama Desk Award winner Andréa Burns.

This comedy about a single mom in search of cute shoes, the perfect dress and a romantic table for two at a great restaurant, Bad Datesis a charming, funny and hopeful tale of dates gone wrong and looking for Mr. Right.

Bad Dates will be available to stream February 23rd through March 14th. George Street’s production will be helmed by acclaimed director Peter Flynn.

The George Street Playhouse season continues with the hit comedy Fully Committed by Becky Mode starring Maulik Pancholy. Featuring one actor playing more than 40 characters, Fully Committed takes place in a famed restaurant where patrons will stop at nothing to secure a reservation, including coercion and bribes. Pancholy played Jonathan, Alec Baldwin’s assistant, on the Emmy Award-winning “30 Rock,” and Sanjay on the hit series “Weeds.” He starred in Broadway’s It’s Only A Play, and his other TV credits include “The Good Wife,” “The Good Fight,” “Phineas and Ferb,” and “American Dad!” GSP Artistic Director David Saint will direct Fully Committed, which will be available for streaming March 23rd through April 11th.

Closing out the season will be the hit Broadway comedy It’s Only A Play by the late Terrence McNally.

Dates and casting will be announced soon. The George Street Playhouse 2021 Season of four virtual productions is now on sale for $132 per household. Single tickets can be purchased for $33 per household beginning today (Wednesday). Each subscriber household will receive a unique link to view each of their performances. Patrons may watch the performance on demand at any time during the run of the show, but patrons must complete their viewing within 24 hours. Patrons may also purchase individual tickets for the performances of their choice. George Street Playhouse thanks the Jon Ben Snow Memorial Trust for their support of this streaming platform. Tickets are available through GeorgeStreetPlayhouse.org. Subscription packages are available by calling 732-659-0377.