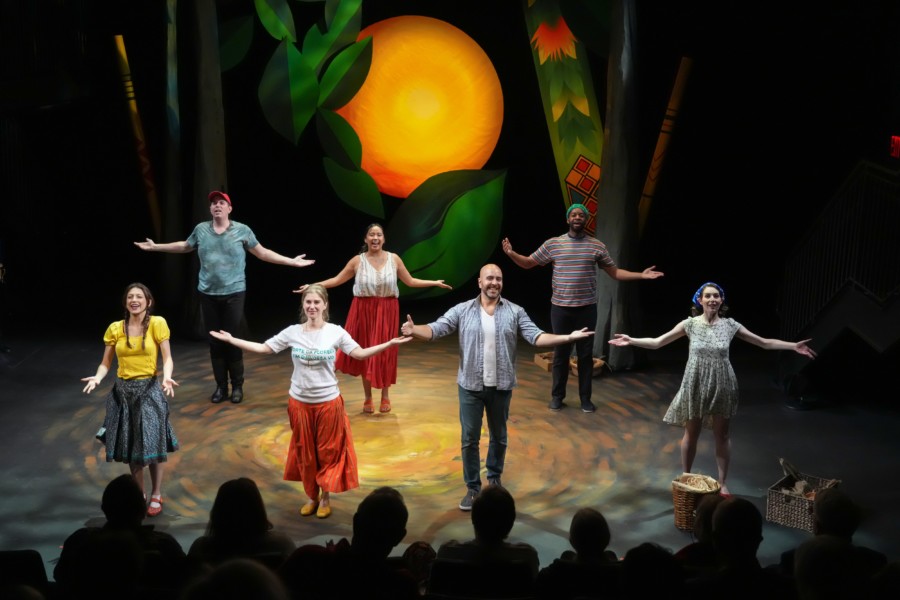 Angel of the Amazon, produced by Encompass New Opera Theatre, was described as a music drama by composer Evan Mack. It is not, what is being presented is an hour and fifteen minute version of an opera written in 2010. The libretto is glorious and radiant, the story powerful, but because the show is paired down, it seems like key songs and moments are missing.

The opera is based on the true story of Sister Dorothy Stang, an American born member of the Sisters of Notre Dame de Namur order, who devoted her life to helping the indigenous people of Brazil gain land rights, as well as protecting the Rainforest. In 2005, this 73-year-old nun was murdered by assassins hired by the owner of a logging company. It was her sacrifice and commitment that launched a global movement to save the rainforest. 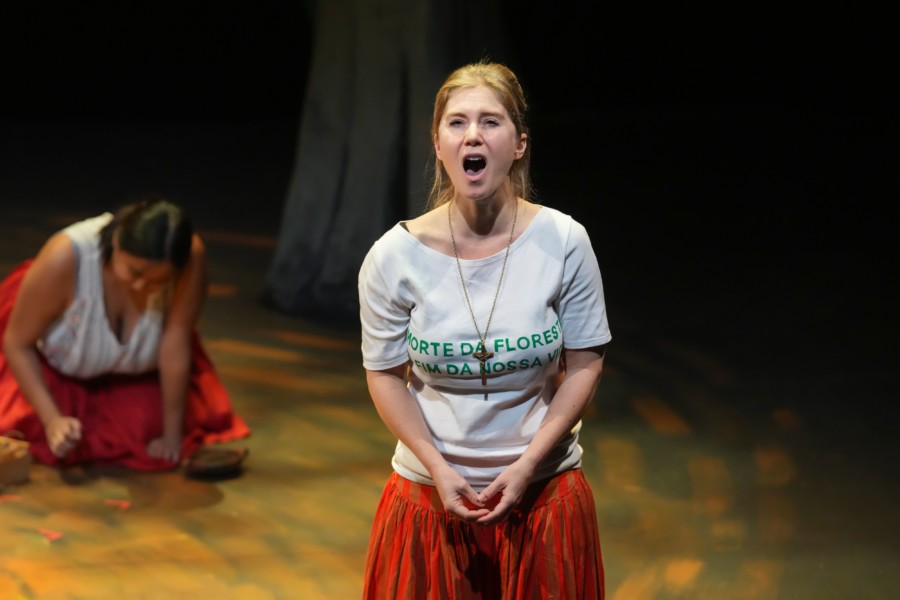 Playing Sister Dorothy is Melanie Long, who brings a spirituality to the role. Though a mezzo-soprano she brings a clarity and sweetness to the high coloratura parts of the piece. Her aria “The Mountain Top” is one of the highlights of the piece. 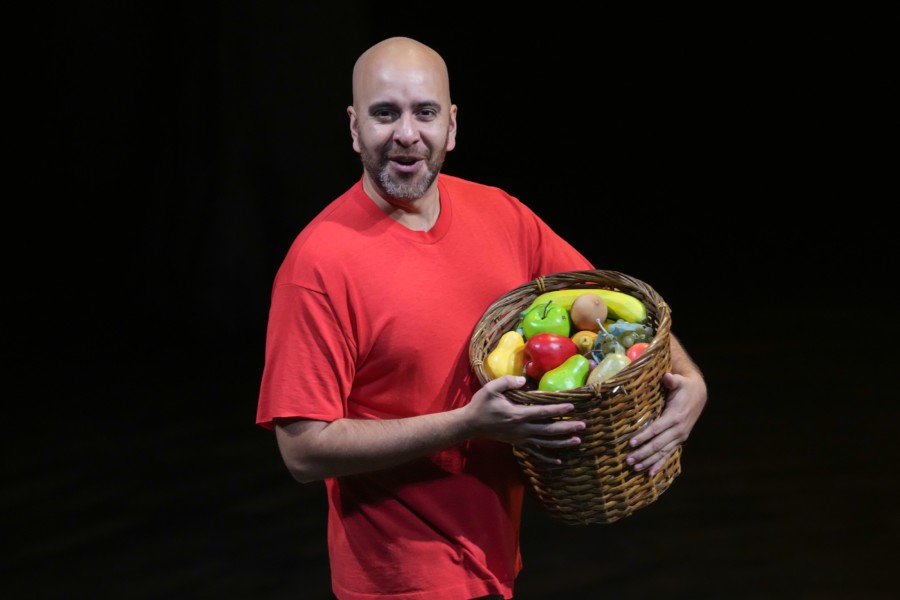 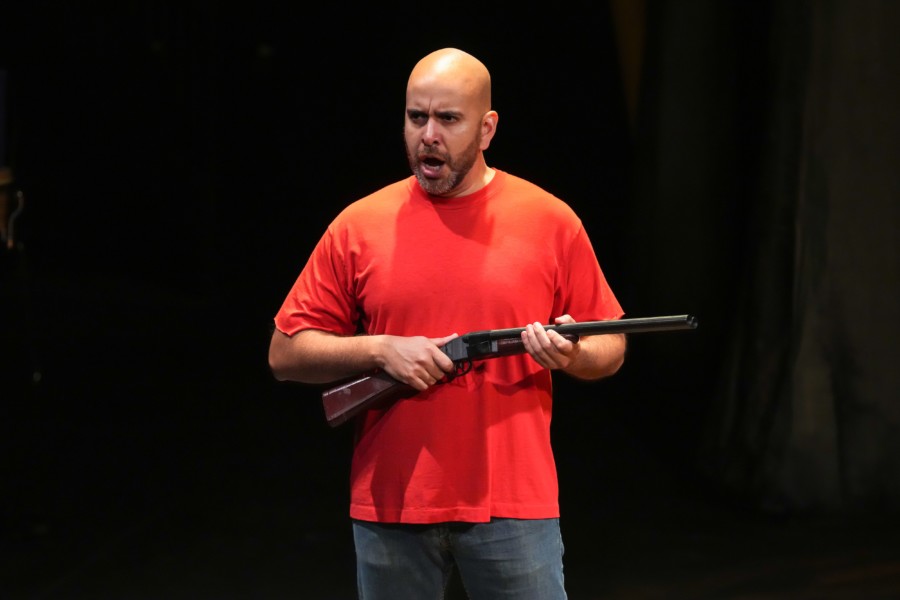 The phenomenally commending baritone José Rubio brings the embittered Luiz to life. Rubio’s voice is masterful, passionate and thrilling. Luis is the head of the Brazilians and it seems as if he was one of the gunmen, though that is seriously unclear. As the Landowner, Joseph Peterson makes him seems helpful like a politician, but he allows us to see the evil within. Clayton C Williams playing multiple roles shines as the Bishop. Marie Anello, Danielle Bavli,and Ayesha Robyn F Domingo rounded off the cast who sang beautifully and with heart. 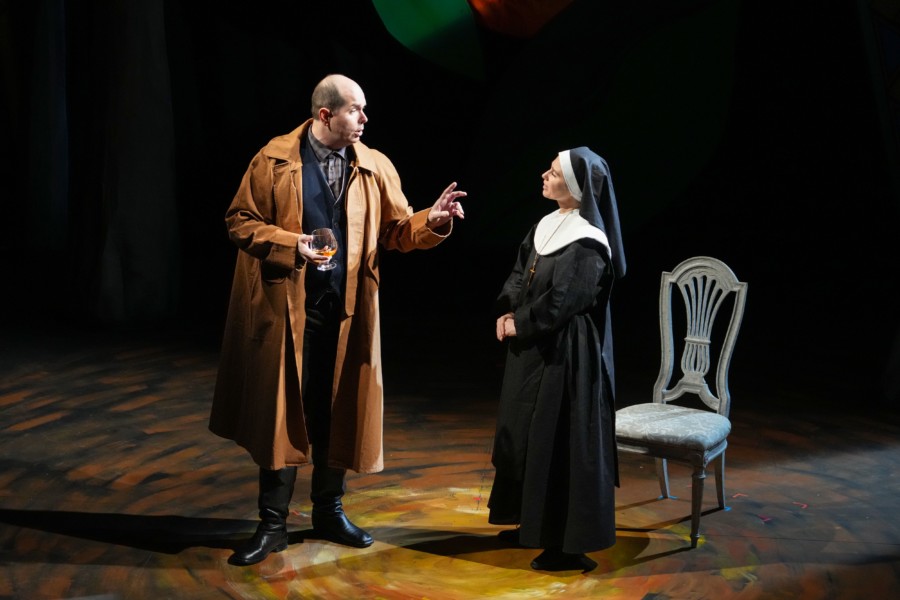 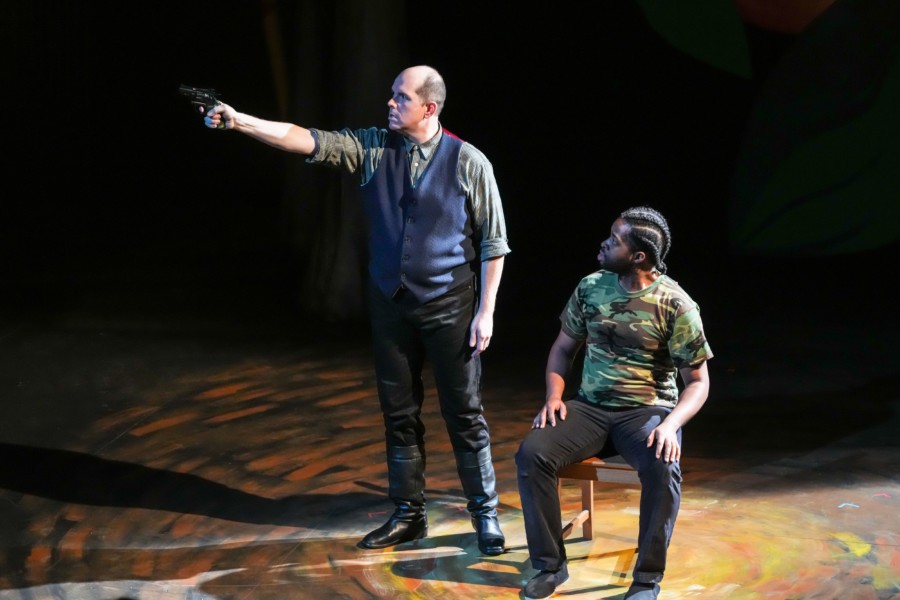 What we miss in the storyline is how the citizens of Brazil are truly impoverished and how Dorothy came to be in the Amazon. Also a duet between the gunmen, who were basically given no choice would add depth. In the end the songs “Hear Us”, “Will They Listen” and “The Mountain Top” should be sung in this order for a more impactful ending that will bring the audience to tears. 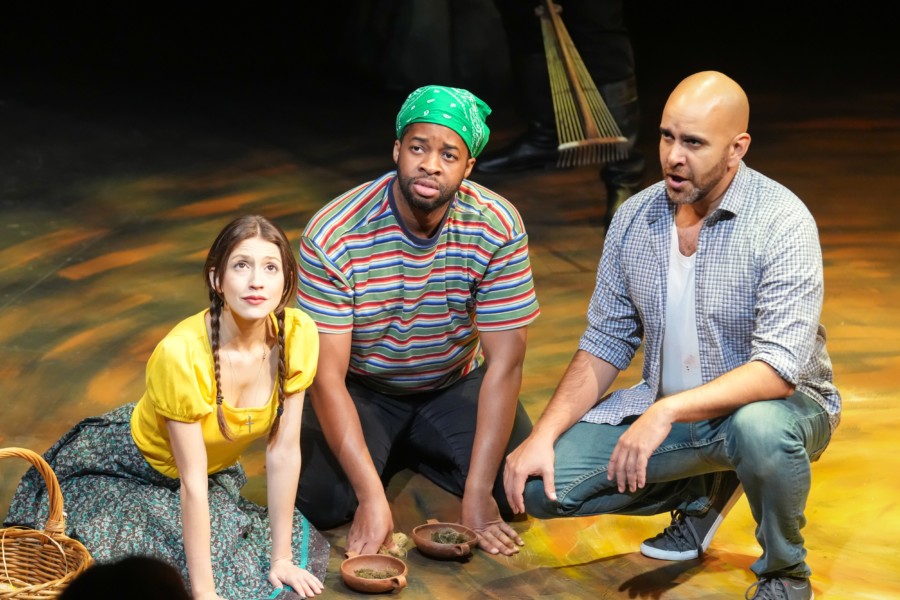 Nancy Rhodes direction was simple, but effective, as was the choreography by Caitlin Belcik. The imaginative sets  by Andis Gjoni, and lighting by Chris D’Angelo set the stage.

Mack, who wrote the libretto, is musically satisfying. He brings to mind the music of Menotti and Floyd. This was my first time hearing his work and it is truly glorious. His harmonies and blending of drums beats adds to the American opera repertoire. The “Brazilian Farmer’s Song,” and “Bring In The Rain” add choral perfection.

Playing in the orchestra were Musical director Elizabeth Hastings on piano, Haley Gilla on violin, and Luke Short on percussion. I loved the use of the rain stick. 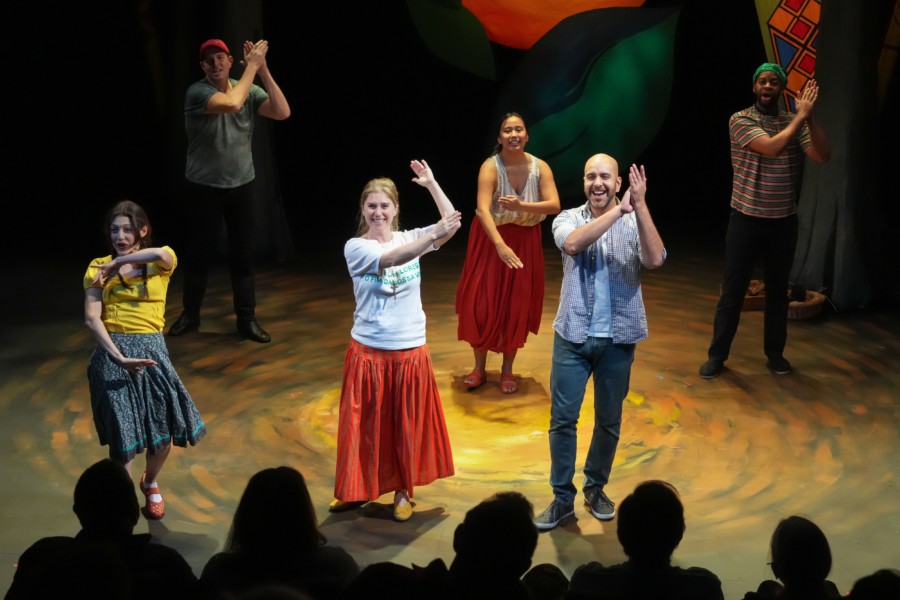 I would love to see this piece in it’s entirety, instead of the hour and 15 I saw.

You can find this opera on Albany Records.