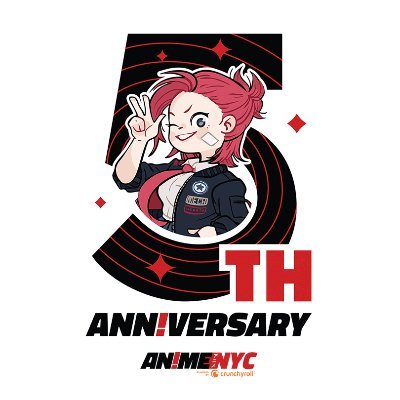 Celebrating its 5th Anniversary this year, the convention features three days of over 400 exhibits, exclusive screenings, extensive panels, performances, and appearances by some of the biggest creators in Japan, all under one roof. Over 200 hours of programming is planned for the weekend.

Highlights this year include panels from some of the major companies in the Japanese entertainment world including Aniplex, Bandai Namco, Crunchyroll, GKIDS, HIDIVE, Kodansha, Sentai, TMS, VIZ Media, and Yen Press.

This year, over 50,000 fans are expected to gather at Anime NYC from all 50 states and 27 different countries. Countries include: Canada, Mexico, England, France, Germany, Australia, China, Brazil, and Japan.

Anime NYC was founded in 2017 and has quickly become the fastest growing anime convention in the US, second only to Anime Expo which welcomes 100,000+ attendees in Los Angeles. Anime NYC has presented the largest Japanese concerts in NYC history and global premieres, before even Tokyo.

For a complete list of guests and panels, please visit www.AnimeNYC.com