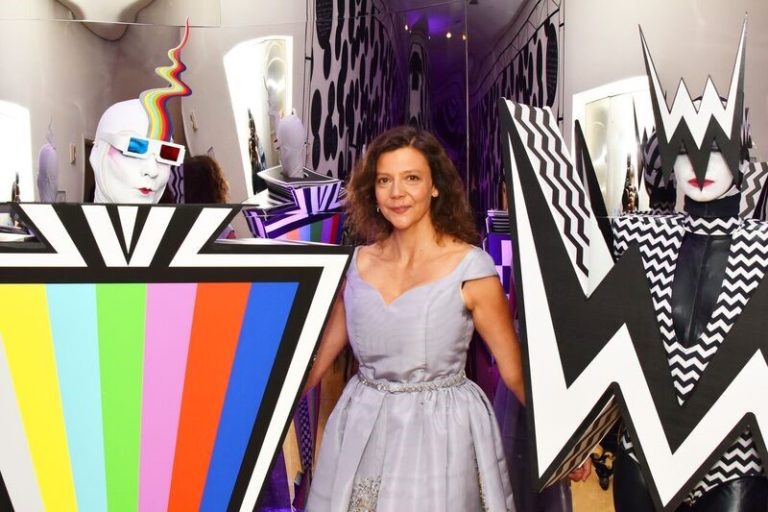 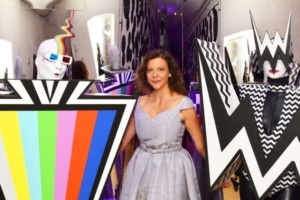 Anita Durst has done it all. She was a performer, philanthropist and a champion of the arts, since she was 18. She founded Chashama in 1995 following the death of her mentor and artistic professor Reza Abdoh. When Reza passed away from AIDS, she felt an absence of space for artists, so she created a place for artists free of financial woes. Anita has worked tirelessly for over 20 years to secure over one million square feet of space in New York City for artists. She believes programs like Chashama are vital. Anita sits on the boards of the Tai Chi Chuan Center and Bindlestiff Family Cirkus. She is a recipient of The Black Alumni of Pratt’s “Creative Spirit” Award and a proud mother and loving wife, who ensures her entire family, eats healthy, practices mindful movement, and lives in the moment.

T2C sat down to talk with this amazing soul who offers so much to the creative community.

T2C: How did Chashama come into being?

Anita Durst: I worked with my mentor Reza Abdoh in theatrical productions. He was an Iranian-born director and playwright known for large-scale, experimental theatrical productions, often staged in unusual spaces like warehouses and abandoned buildings. His work often confronted such issues as race, class and, the AIDS crisis. When he died at 32 of AIDS the world was deprived of that power of creativity. This was my response. 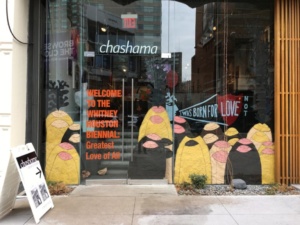 T2C: What does Chashama mean?

Anita Durst: It means to have vision. It comes from Reza’s language Farsi.

T2C: What do you look for in emerging artist? 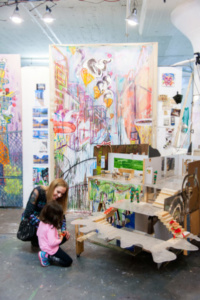 Anita Durst: We are looking for strong vision and body of work. We want artists who are willing to take a chance and go beyond the norm; they have to have that certain spark. We want people that can look beyond the regular and completely transform a space. We are here to help their process and support the process of the artist. We offer workspace so they can present their show. Most do not even know what it’s like to put on a show.

T2C: What is needed to support artists these days besides money?

Anita Durst: Space, presentation to know how to sell their own work and develop themselves as artists. They leave school with no idea of the business or market

T2C: Everything you do sounds spiritually based can you elaborate on that?

Anita Durst: My parents sent me to yoga camp when I was 9, so I would know how to see the world. I believe a lot in karma. I am a kindhearted person and I live that way.

T2C: What is and should be the relationship between real estate and artist?

Anita Durst: I think its good to have a middleman like Chashama as the real estate world is extremely busy and we can show a property owner why this has a mutual benefit to both entities. The property owner has a chance to give his underutilized space a chance to beautify the neighborhood.

T2C: You do these pop-ups for artists but have you ever thought about doing one that combines theatre and art?

Anita Durst: My background is in theatre and we used to do a lot more. Now we also do dance. One of our last projects was 20 dancers from Chicago.

T2C: What would you like to accomplish that you haven’t?

Anita Durst: We have like 1000 artists on our waiting list. I would like that to read 1000 property owners. More spaces makes me fulfilled to offer this opportunity.

T2C: What is your greatest accomplishment?

Anita Durst: Personally, I won a drama desk nomination for The Bitter Tears of Petra von Kant. That was very satisfying. For Chashama, in our 22 years we touched and helped over 20,000 artists.

T2C: What would you like our readership to know about Anita Durst?

Anita Durst: We are doing a project in the Bronx / Fordham residents. We are teaching the low-income residence art through mentorship. Chashama North is a program where artist work on a farm, are fed organic meals and are given a studio to create. I feel very proud of the work I have done. I hope I have the next 20 years, for other cities and to continue on this path.

The Stars Come Out For Rose: Opening Night of Michael Moore: The Terms of My Surrender
Elizabeth McGovern, Anna Camp, Steve Martin and Amy Schumer All Headed To Broadway