Anita Gillette Reveals Her Heart and Soul at Birdland 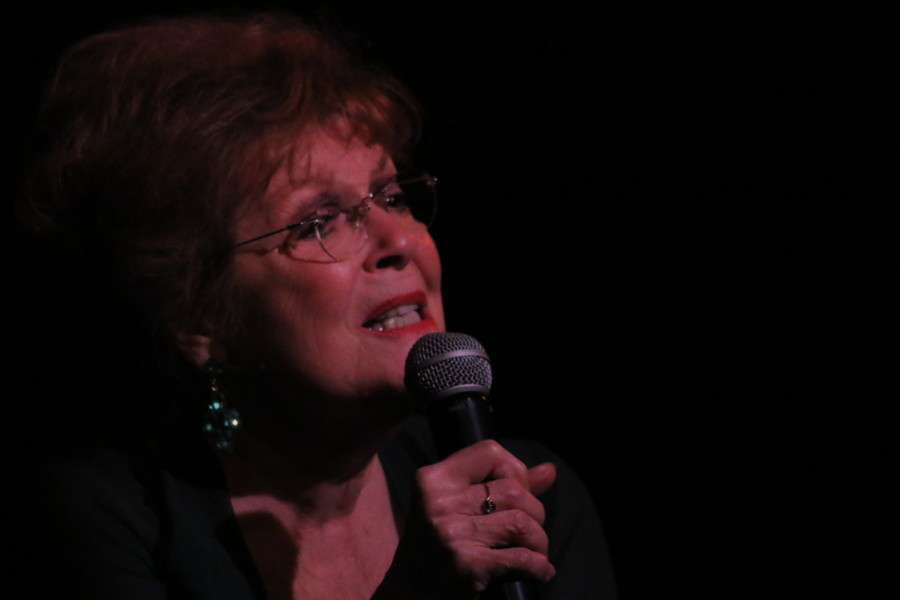 Anita Gillette Reveals Her Heart and Soul at Birdland

Halfway through Anita Gillette’s massively entertaining new cabaret show at Birdland, the mood turns surprisingly personal when the still gamin-like singer and actress reveals a glimpse into her heart and soul revealing the loves and losses that have contributed to her sixty-year plus career.

Backed by Paul Greenwood on piano and Ritt Henn on bass, both who provide charming backup and harmony, Gillette opens with a smash-up of the Gershwin’s “I Can’t Be Bothered Now” with the McHugh/Loesser tune “Happy Go Lucky” setting the tone for an upbeat evening of story and song. She tells us that  she didn’t know whether she wanted to be Jeanette McDonald or The Andrews Sisters. She certainly could have been either or a combination of all. Her substantial comedy chops are underscored as she bursts into a stutter-cursed “Italian Street Song” which melded into a sexy and harmonic “Cuanto La Gusta”.

“Country music used to be called Hillbilly Music,” she tells us as a tribute to her Aunt Tootsie and the rest of her Baltimore clan illustrated with Terry Allen’s “High Plain’s Jamboree” complete with Tonya Tucker twang and Southern yearning.

Never knowing where anyone will find love, her first job as a medical assistant led to her first marriage to Dr. Ronald Gillette, a Baltimore medical examiner. She fell in love with him over cadavers.  As he worked on autopsies, she would take notes gazing into his hypnotic eyes over a surgical mask. She illustrates their budding attraction with an ironic and seductive rendition of Gene DePaul and Sammy Cahn’s “Teach Me Tonight.” Miss Gillette had two children with the good doctor and surprised the audience with the news that she had just become a great-grandmother, a startling fact for someone who remains forever young.

The other men in her life play a very important part in this show – a real knight in shining armor who actually rode up to the Imperial Theatre stage door on a white horse – and her second husband of twenty years, the noted Broadway sound designer Armand Coullet. The evening turns wistful with the remembrances of him in the Rodgers and Hammerstein standard, “Shall We Dance,” Kurt Weill’s “It Was Never You” and most especially a medley from “Show Boat,” the show in which they were both working when he passed in 1999.

Miss Gillette had the dubious honor to star one of Broadway’s most historic flops, “Kelly,” a one night only show with score by Moose Charlap and Eddie Lawrence that has gone down in Broadway history for all the wrong reasons. Yet she illustrates the merits of the long-lost score with a haunting “Oh, You Great Big Bridge” and “I’ll Never Go There Anymore” which she tells us is a song Sondheim wished he had written.

Some performers can drop names like anvils, but Miss Gillette has worked with a galaxy of the greats over the years. She peppers her show with charming and insightful reminiscences of an insecure Burt Lancaster (whose Elmer Gantry Oscar she took to bed), a seductive Richard Gere, a young John Travolta, a charming Gregory Peck, a homespun Joanne Woodward and a gorgeous Paul Newman.

Directed by the ever-clever Barry Kleinbort, who not only contributes to the smooth and satisfying pace of the show, Gillette sings his beautiful “Everyone Needs Someone” and an updated rendition of Porter’s “You’re The Top” complete with nods to Lady Gaga and Haagen Daze.

Proving that she is indeed Broadway royalty, she was cheered on by an audience including Len Cariou, Penny Fuller, Joe Hardy, Eddie Korbach and Kevin Spirtas (writer of her Emmy-Award winning web-series, “After Forever.”)

Closing the evening with “Life Is Just A Bowl of Cherries,” she urges us to live and laugh at it all – a great reminder for the times we are living through at the moment. Towards the end of the evening she tells us that a sage once noted that “The only way to slow down the aging process is to have it go through Congress.” Miss Gillette has done so without any Congressional mandate and if they energy and spirit she displays in this seventy-five minute “Chapter Four,” there are certainly many more chapters yet to be sung.

Anita will be back at Birdland next Monday the 14th.

AT THIS PERFORMANCE.. Continues at The Green Room 42
The Glorious Corner