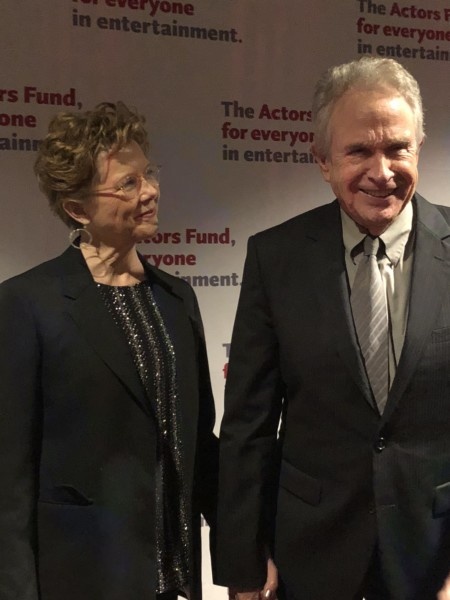 Arthur Miller’s All My Sons will begin preview performances on April 4, 2019, and open officially on Monday, April 22, 2019. This is a limited engagement through June 23, 2019 on Broadway at the American Airlines Theatre on Broadway (227 West 42nd Street).

Bening, Letts and Walker return to Broadway in the play that launched Arthur Miller as the moral voice of the American Theater. In the aftermath of WWII, the Keller family struggles to stay intact and to fight for their future when a long-hidden secret threatens to emerge—forcing them to reckon with greed, denial, repentance, and post-war disenchantment across generations.

Roundabout is thrilled to welcome back Benjamin Walker who made his Roundabout debut in the 2008 revival of Les Liaisons Dangereuses; Hampton Fluker starred in the 2017 Roundabout Underground premiere of Too Heavy For Your Pocket;Michael Hayden starred in Steven Levenson’s 2008 Roundabout Underground debut The Language of Trees; Nehal Joshi was a swing in Roundabout’s 2006 production of The Threepenny Opera and Chinasa Ogbuagu who was last seen in JT Rogers’ The Overwhelming in 2007.

Roundabout has an extensive history with Arthur Miller, most recently presenting an acclaimed revival of The Price (2017), After the Fall (2004) and The Man Who Had All the Luck (2002) on the American Airlines stage.  Other productions include a Tony nominated production of The Price in 1992 and All My Sons (1974 & 1997), The Crucible (1989), and the Tony winning revival of A View from the Bridge (1997).

Tracey Letts (Joe Keller) is the only person to win both a Tony Award for acting and a Pulitzer Prize.  He is the author of Killer Joe, Bug, Man from Nebraska (Pulitzer finalist), August: Osage County (Pulitzer Prize, Tony® Award for Best Play), Superior Donuts, The Scavenger’s Daughter, Mary Page Marlowe, Linda Vista and The Minutes (Pulitzer finalist).  He also wrote the screenplays for the films Killer Joe, Bug, August: Osage County, and, currently in production, The Woman in the Window.  He won the 2013 Tony Award for Best Leading Actor in a Play for his performance as George in the Tony Award-winning revival of Edward Albee’s Who’s Afraid of Virginia Woolf, which premiered at Chicago’s Steppenwolf Theatre. He joined the Steppenwolf ensemble in 2002, where he has appeared in American Buffalo, Betrayal, The Pillowman, The Pain and the Itch, The Dresser, Homebody/Kabul, The Dazzle, Glengarry Glen Ross (also Dublin and Toronto), Three Days of Rain, many others. Other productions include The Realistic Joneses (Broadway) and Orson’s Shadow (Barrow Street Theatre, NY). Film appearances include The Post, Lady Bird, The Lovers, Indignation, Christine, The Big Short, Elvis and Nixon, Imperium, Wiener-Dog, Guinevere.  TV appearances include The Sinner, Divorce, Homeland, Seinfeld, Home Improvement.

Benjamin Walker (Chris Keller).  Benjamin Walker was last seen on Broadway playing the lead role of ‘Patrick Bateman’ in the musical adaptation of American Psycho. His stage work also includes his critically raved about performance as the title character in Bloody Bloody Andrew Jackson and “Brick” in Tennessee Williams’ Cat On A Hot Tin Roof opposite Scarlett Johansson on Broadway. He also appeared on Broadway in Les Liasons Dangereuses directed by Rufus Norris and Inherit the Wind directed by Doug Hughes. On the film side, he can most recently be seen in the independent feature Shimmer Lake, written and directed by Oren Uziel.  He can also be seen as the lead role in the Nicholas Sparks film The Choice, opposite Teresa Palmer as well as Ron Howard’s adaptation of In The Heart of the Sea where he stars alongside Chris Hemsworth. Some of his other previous film credits include: the title role in Timur Bekmambetov’s Abraham Lincoln: Vampire Hunter for Fox and producer Tim Burton, the Emmy-nominated “Muhammed Ali’s Greatest Fight” for HBO Films, Clint Eastwood’s “Flags of Our Fathers” for DreamWorks SKG, and the Bill Condon directed “Kinsey” for Fox Searchlight.   Benjamin is a graduate of the Juilliard School.

Francesca Carpinni (Ann Deever) made her Broadway debut in the Tony-nominated revival of The Little Foxes with Laura Linney and Cynthia Nixon. While still a student at Juilliard, she starred alongside Sam Waterston in Shakespeare in the Park’s production of The Tempest. Other theatre credits include: Dead Poets Society (Classic Stage Company). TV/Film credits include: The Good Wife and Catching Up.

Hampton Flucker (George Deever).  Television credits include arcs on “The Good Wife” and “Major Crimes” along with roles on “The Code”, “Blue Bloods”, “Aquarius” and “Whitney” directed by Angela Bassett. His film credits include Instant Family starring Mark Wahlberg and Rose Byrne, Patriots Day starring Mark Wahlberg, The Blind Side starring Sandra Bullock, and the independent features No One Asked Me and The Depths. Fluker also starred in Jiréh Breon’s Too Heavy For Your Pocket at the Roundabout Theatre. Fluker was raised in Atlanta, Georgia and resides in Brooklyn. He is a graduate of Boston University.

Michael Hayden (Dr. Jim Bayliss) was the recipient of the Theatre World and Drama League awards along with the Lawrence Olivier, Outer Critics Circle and Drama Desk nominations for his portrayal of Billy Bigelow in the Royal National Theatre/Lincoln Center Theatre production of Rodger and Hammerstein’s Carousel, directed by Nicholas Hytner. His Broadway credits include a Tony Award nomination for his portrayal of the German defense attorney Oscar Rolfe, opposite Maximillian Schell, in the National Actor’s Theatre production of Judgment at Nuremberg, Cliff in Cabaret directed by Sam Mendes and Rob Marshall, Anthony Wilding in Enchanted April, Christian in Festen and Prince Hal opposite Kevin Kline as Falstaff in Lincoln Center Theatre’s Production of Henry IV Parts I and II directed by Jack O’Brien. Other New York credits include Chris in All My Sons at the Roundabout Theatre, the Lincoln Center premiers of Pete Gurney’s Far East directed by Daniel Sullivan, and Ahren’s and Flaherty’s Dessa Rose directed by Graciela Daniele, Angelo in Measure for Measure in Central Park and Sam in the acclaimed revival of Edward Albee’s Lady From Dubuque opposite Jane Alexander. London: Carousel, Royal National Theatre/West End, directed by Nicholas Hytner, Cabaret, West End, directed by Rufus Norris.  Michael’s regional credits include the title roles in Henry V and Richard II, performed in repertory, Chance in Sweet Bird of Youth opposite Elizabeth Ashley, all three performed at the Shakespeare Theatre of Washington, DC,  Frank in Merrily We Roll Along, part of the Sondheim Festival at the Kennedy Center in Washington, DC., and Benedict in Much Ado About Nothing at The Old Globe Theatre directed by Kathleen Marshall. Film: Michael received an American Film Institute Best Actor Award for his performance as Billy in Charming Billy; Patient 001, to be released in 2019. TV: credits include two seasons as Chris Docnovich on the ABC series “Murder One,” guest appearances on NBC’s “Law and Order,” “Law and Order SVU,” “Law and Order CI,” “Hack,” the PBS Great Performance Series adaptation of “Far East,” the mini-series “Bella Mafia” opposite Vanessa Redgrave, and the Fox movie “Texas Tragedy.”

Jenni Barber (Lydia Lubey). Broadway credits include Wicked (Glinda), Sunday in the Park with George, The Nance, Annie, The Performers and The 25th Annual Putnam County Spelling Bee. New York and regional credits include By The Way, Meet Vera Stark (Signature Theatre), Sunday in the Park with George (Huntington Theatre Company – Elliot Norton Award), Private Lives (Hartford Stage), As You Like It & The Tempest (Sam Mendes’ The Bridge Project), From Up Here(Manhattan Theatre Club), Paint Your Wagon and A New Brain (Encores!). Television credits include “Unbreakable Kimmy Schmidt,” “Master of None,” “Elementary,” “Smash,” “Law & Order: SVU” and the Emmy Award winning “The Electric Company.” University of Michigan graduate. 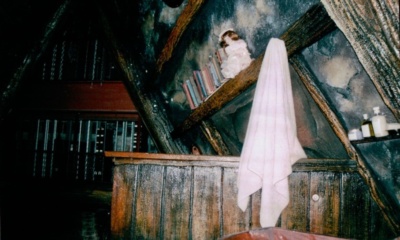 Blast From The Past: Dances With Vampires

Joseph Sirola, Actor and Tony-Winning Producer, Dies at 89
My View: Playing at They’re Playing Our Song After Party